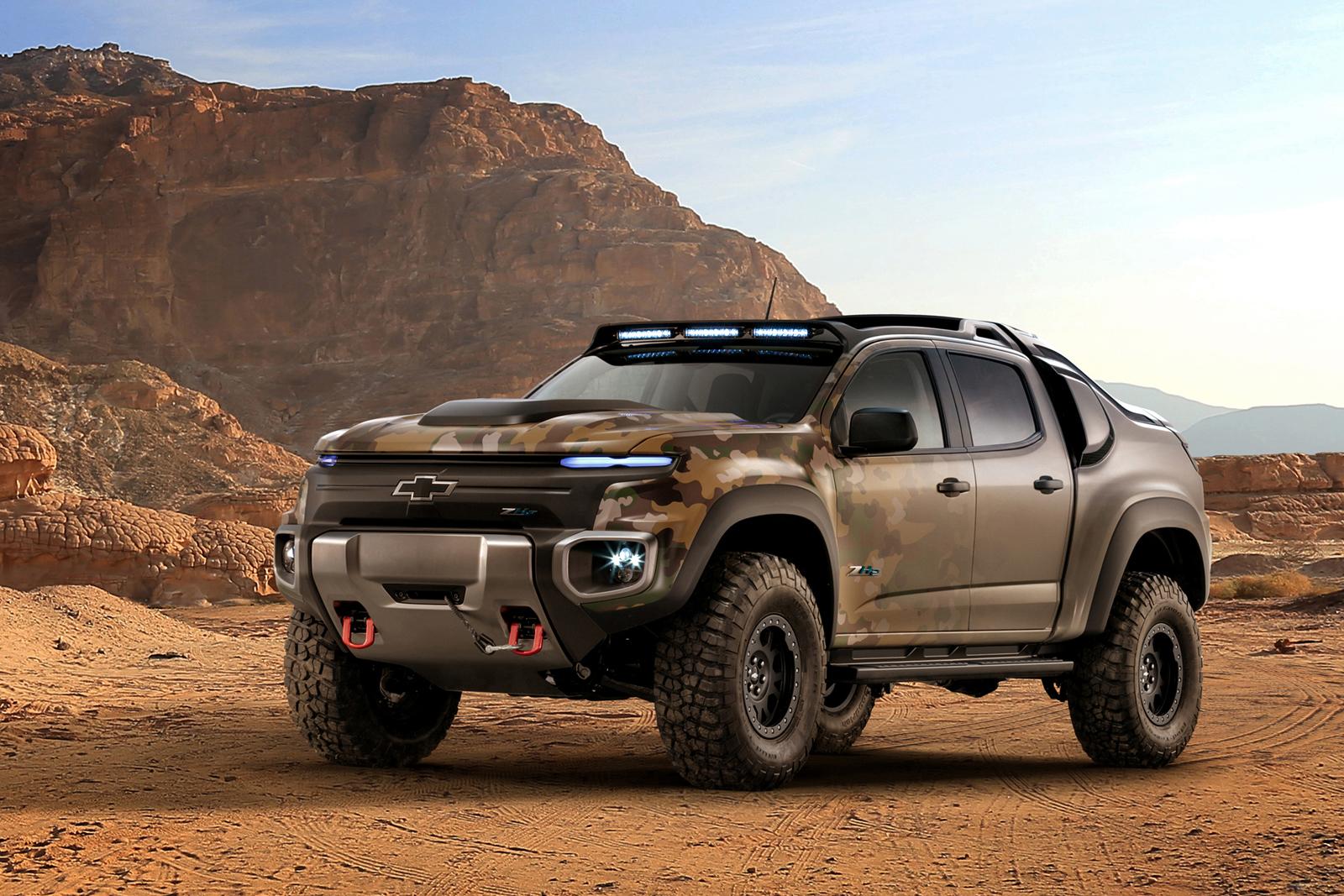 Hydrogen fuel cell vehicles aren't just for eco-conscious civilian drivers. Chevy has unveiled the Colorado ZH2, an experimental truck designed to test the feasibility of fuel cells in the military. Its powerplant is much quieter and cooler-running than a conventional gas motor, making it ideal for special ops where conventional trucks would blow your cover. However, its real specialty doesn't involve driving at all -- you can use the modular cell to power devices outside the truck with up to 25kW of continuous electricity. A squad could run equipment while camped out in mid-mission, for example.

There are also some inherent performance advantages to embracing hydrogen, including high torque (since it's powering an electric motor) and high fuel efficiency. You could even reuse the cell's water output. Chevy also tells TechCrunch that having exportable power could make it easy to fix vehicles -- you could swap fuel cells in the field.

The US Army plans to test the ZH2 in "extreme field conditions" during 2017. There's no guarantee that the truck will enter service, and we could see a few obstacles to it: it's still expensive to produce hydrogen, and it's not as readily available as fossil fuels. A stranded unit likely couldn't scrounge up fuel without calling in support. It's hard to deny the advantages, however, and it's easy to see fuel cell trucks finding at least some use in combat.

In this article: chevrolet, chevy, coloradozh2, fuelcell, gear, gm, green, hydrogen, HydrogenFuelCell, military, transportation, wargadget
All products recommended by Engadget are selected by our editorial team, independent of our parent company. Some of our stories include affiliate links. If you buy something through one of these links, we may earn an affiliate commission.