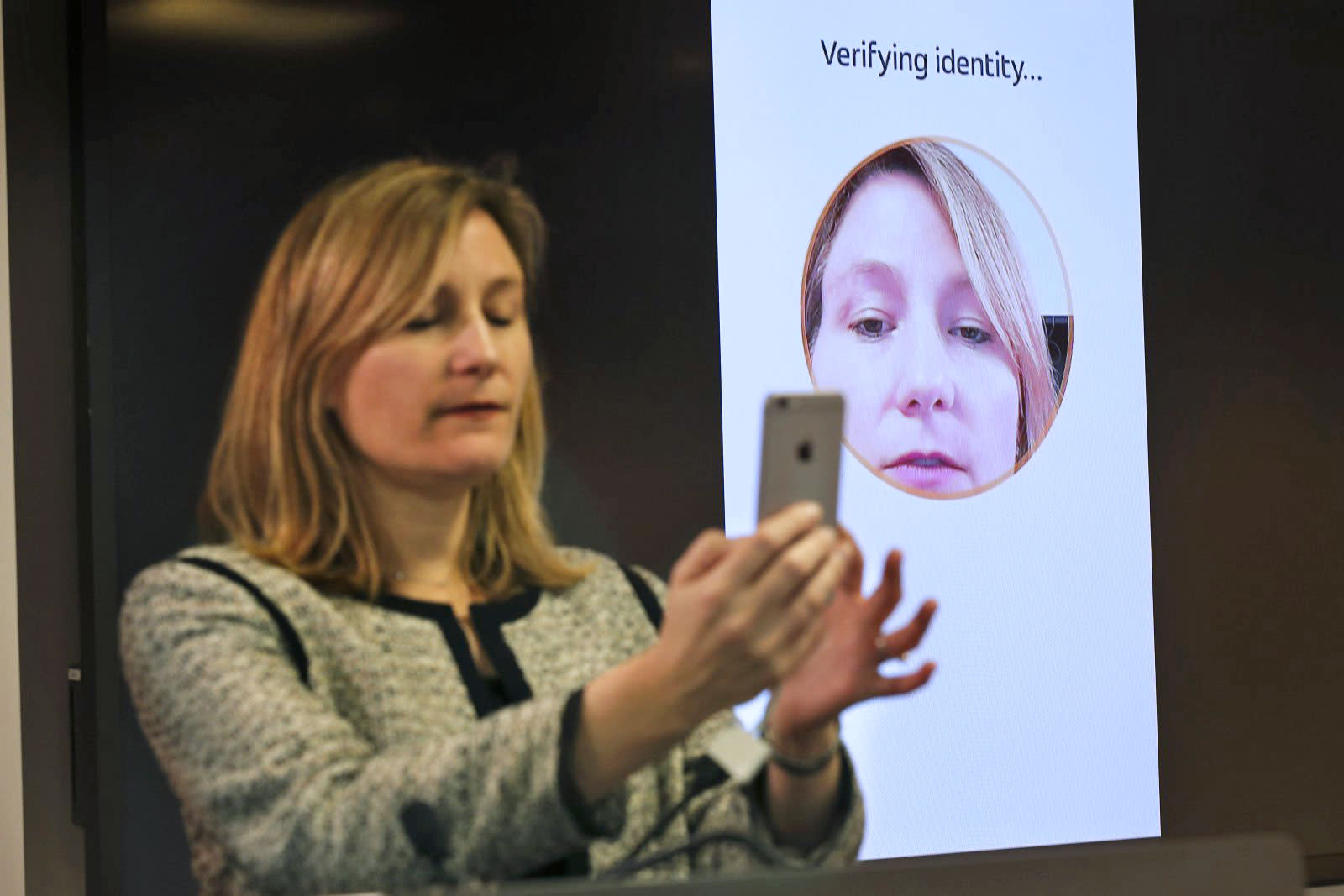 Have you dreamt of a world where everyone verifies their online purchases with a selfie? Me neither, but apparently that's a future Mastercard believes in. The company's "Identity Check Mobile," better known as selfie pay, is rolling out now in the following European markets: Austria, Belgium, the Czech Republic, Denmark, Finland, Germany, Hungary, the Netherlands, Norway, Spain, Sweden and the UK. It follows trials in the US, Canada and the Netherlands, which have presumably gone down a storm -- Mastercard says the technology will be available "across the globe" starting next year.

Instead of a long-winded password, the technology allows you to verify your identity with a fingerprint or selfie. You simply download the app and take a photo so the service can create a digitized map of your face. It's then stored on Mastercard's servers and used as a reference point whenever you want to complete a new purchase online. It's possible, of course, that someone could simply print a photo of your face -- to get around the problem, the app will ask you to blink before confirming each transaction.

Mastercard says the new system will "dramatically" speed up the checkout process online, "while also improving security." Even if the latter is true (it's probably not) you'll have to decide whether it's worth the resulting embarrassment. Like Samsung's Galaxy Note 7 and Microsoft's Lumia 950, I think I'll choose a fingerprint over a cumbersome retina scan for now.

In this article: culture, ecommerce, internet, mastercard, payments, selfie, selfiepay, services
All products recommended by Engadget are selected by our editorial team, independent of our parent company. Some of our stories include affiliate links. If you buy something through one of these links, we may earn an affiliate commission.