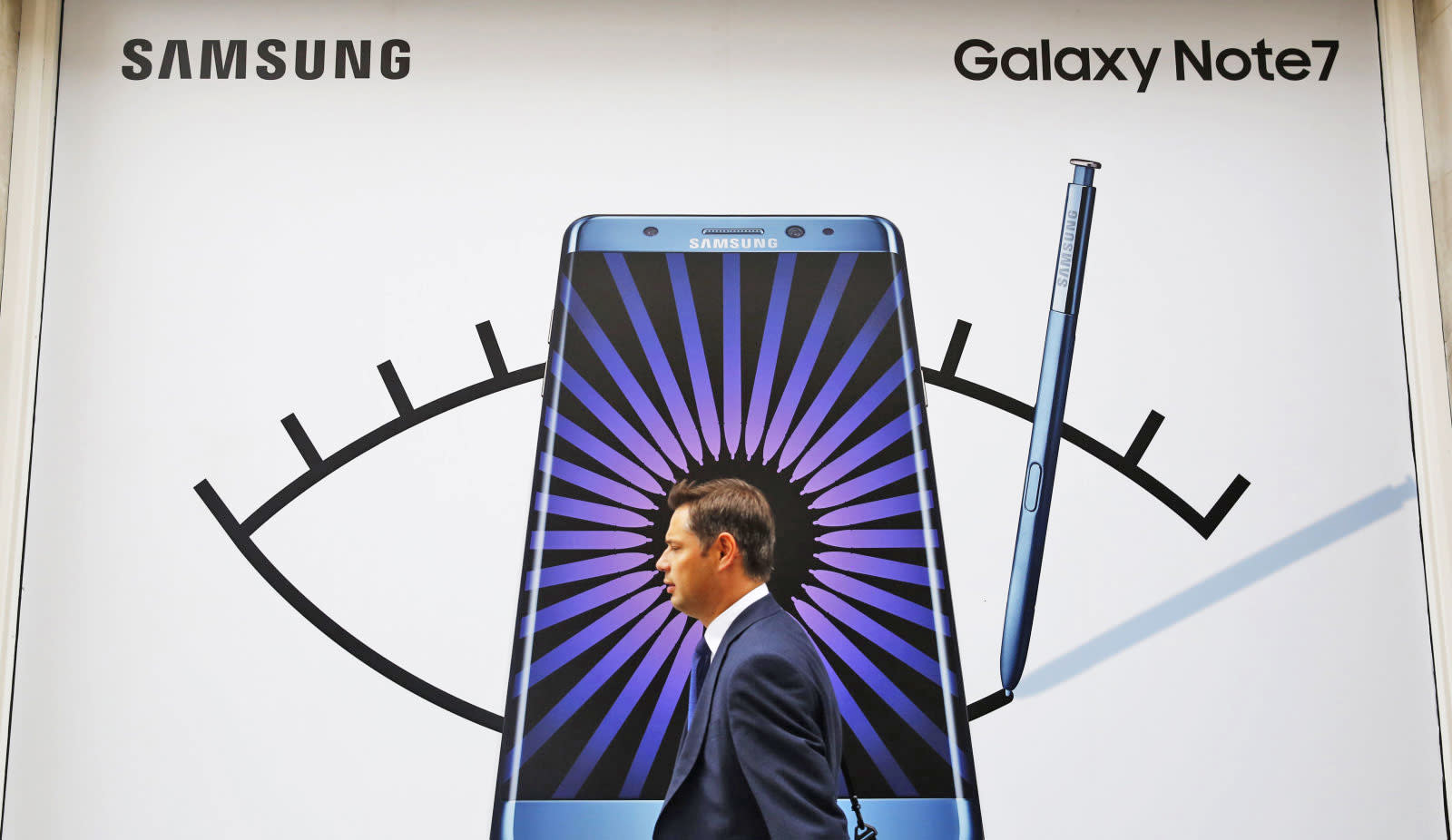 After more reports of replacement Galaxy Note 7 phones catching fire, Yonhap News reports that Samsung has temporarily suspended production. The Korean paper cited an anonymous source working at one of Samsung's suppliers, and the company has not yet commented. Already, AT&T and T-Mobile have said they will stop Galaxy Note 7 sales and replacements while investigations into the incidents continue.

Concern about the replacement models began with a model burning through the carpet on a Southwest flight and has not slowed since. Over the weekend, the additional reports came to light and may have left Samsung with no other option. It has been over a month since the Galaxy Note 7 recall began due to issues with its battery cell, and if the reports are confirmed we may be in line for a second recall. We have contacted Samsung, as well as the CPSC, and will update this post if there is a response.

Update: Citing their own sources, the Wall Street Journal and Bloomberg also say Samsung has suspended production of the Galaxy Note 7.

In this article: battery, breaking news, explosions, GalaxyNote7, gear, mobile, overheating, recall, samsung
All products recommended by Engadget are selected by our editorial team, independent of our parent company. Some of our stories include affiliate links. If you buy something through one of these links, we may earn an affiliate commission.