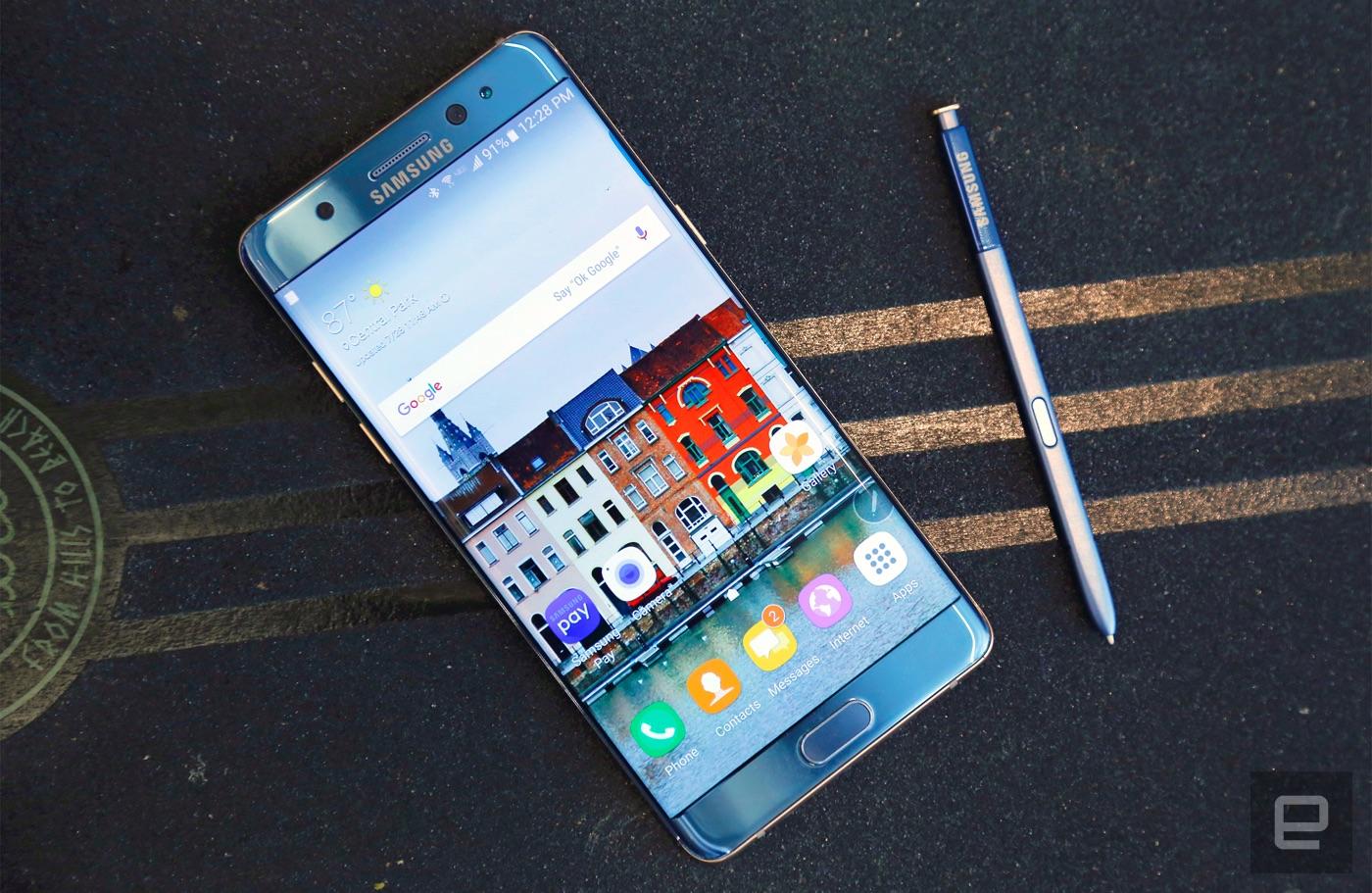 Unfortunately, that replacement Galaxy Note 7 which caught fire wasn't just a one-off. There are now two more incidents of the ostensibly safer smartphone igniting and threatening the health of its users. To start, a teen in Farmington, Minnesota reports that her replacement Note 7 started burning up while it was in her hand on October 7th. She 'only' suffered a minor burn to her thumb, but tells KSTP that it could have been worse if it was in her pocket. Both Samsung and the Consumer Product Safety Commission say they're investigating the issue.

The other incident is more concerning, however. Michael Klering in Nicholasville, Kentucky describes his replacement Note 7 catching fire in the early morning on October 4th, while it was sitting unplugged in his bedroom. While it didn't set the bedroom on fire, it filled the room with smoke -- a hospital diagnosed Klering with acute bronchitis following the blaze. He declined to give the phone to Samsung, but agreed to have it X-rayed for the firm's investigation. It's not clear if the CPSC is investigating this fire as well, although that seems probable given that it's looking into the Farmington situation.

To make matters worse, a Samsung representative's behavior raised eyebrows. One of the agents helping him accidentally texted him a message intended for another person at the company, indicating that the rep considered stalling Klering. "Just now got this," it reads. "I can try and slow him down if we think it will matter, or we just let him do what he keeps threatening to do and see if he does it." Klering now says that he's looking into legal help.

We've asked Samsung for comment on both fires, particularly the one in Kentucky. However, it's already safe to say that this doesn't look good for the Korean tech giant. This represents three known fires in just the past week, and the Kentucky case happened the day before the Southwest Airlines fire that raised alarm bells. While the jury's still out on whether these incidents are connected, there's a mounting concern that the phone's new battery isn't any safer than before -- or worse, that the Note 7 design is inherently flawed.

Update: Samsung tells us it's "working diligently" with third parties to investigate, and vows that it's "taking every report seriously." It'll follow any CPSC-approved procedures as well. You can read the full statement below.

"We are working diligently with authorities and third party experts and will share findings when we have completed the investigation. Even though there are a limited number of reports, we want to reassure customers that we are taking every report seriously. If we determine a product safety issue exists, Samsung will take immediate steps approved by the CPSC to resolve the situation."

Update 2: To make matters worse, The Verge is reporting that a fourth replacement Note 7 caught fire in Virginia today, October 9th. Like in Kentucky, the phone "burst into flames" in the early morning, filling owner Shawn Minter's bedroom with smoke. At this point, it's hard to ignore the possibility that this is a systemic flaw with replacement phones -- you may want to exchange your Note 7 at this stage.

Update 3: An AT&T spokesperson says that the carrier is halting all sales and replacements of the Note 7 "pending further investigation" of the fires. You can still swap your Note 7 for another phone, of course. We're asking other networks if they're following suit.

Update 4: T-Mobile tells us that it's also halting sales and replacements for the Note 7. Also, there's now a fifth report of a US replacement catching on fire, this time in Texas.

Update 5: Verizon is joining its carrier rivals in halting replacements.

In this article: android, battery, fire, galaxynote7, galaxynote7recall, gear, mobile, safety, samsung, smartphone, video
All products recommended by Engadget are selected by our editorial team, independent of our parent company. Some of our stories include affiliate links. If you buy something through one of these links, we may earn an affiliate commission.