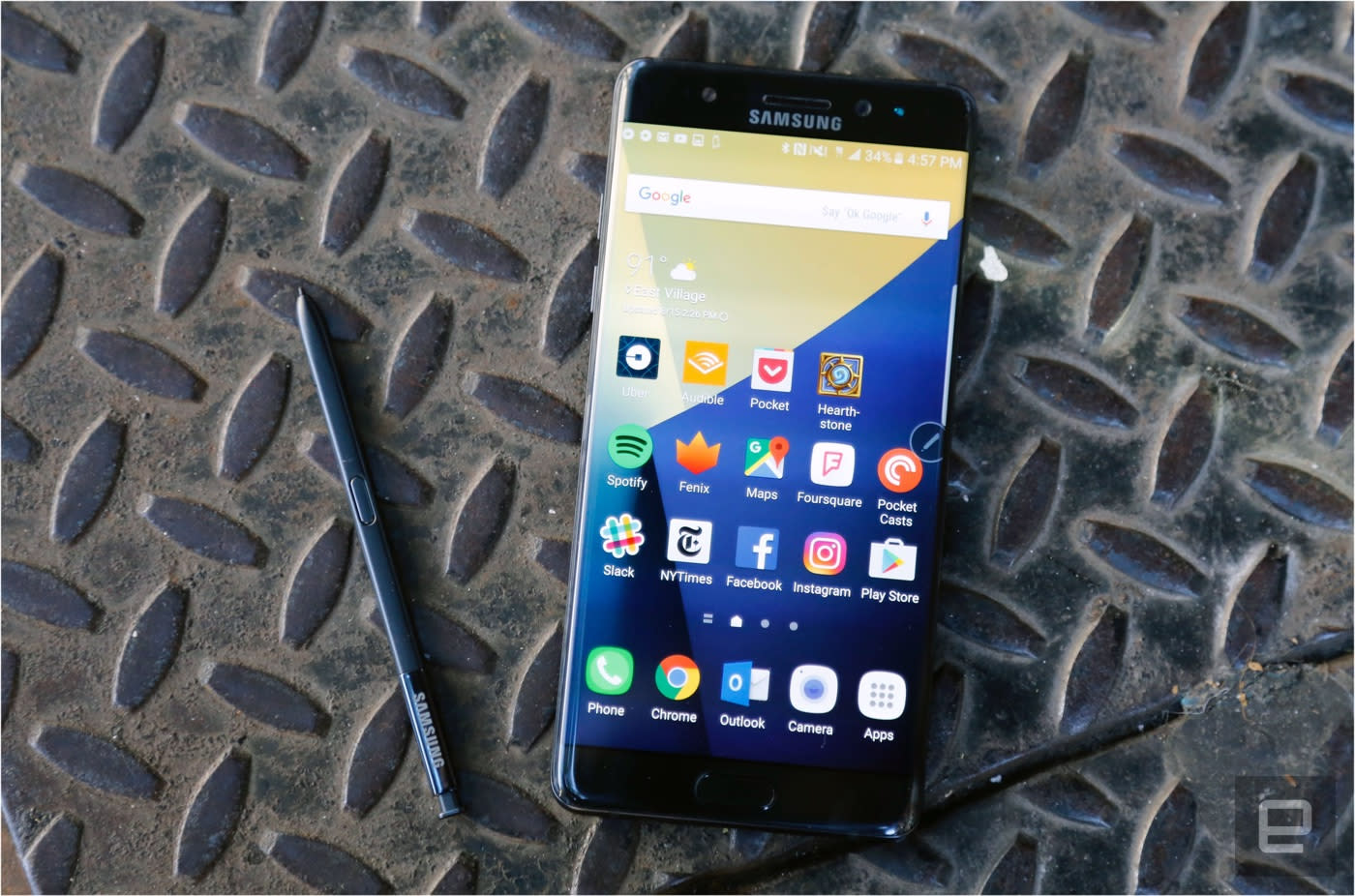 The US Consumer Product Safety Commission has officially recalled all Galaxy Note 7s purchased before September 15th, noting that their lithium-ion batteries can overheat and catch fire. This follows a recall that Samsung itself implemented in early September. Shortly after this initial rollback, the CPSC published a statement urging anyone with a Galaxy Note 7 to power it down and stop charging it, and Samsung said it was working with the safety group on an official government recall.

Samsung has received 92 reports of overheating batteries in the US, including 26 reported burns and 55 claims of property damage, according to the CPSC. On top of a global recall of 2.5 million phones, the company plans to launch a software update on September 20th that limits the Galaxy Note 7's battery to a 60 percent charge.

Since news of the fire hazard broke, the Federal Aviation Administration and New York's Metropolitan Transportation Authority have warned against bringing the Galaxy Note 7 on both planes and trains, respectively. Samsung lost $26 billion in market value in the weeks following the recall.

In this article: cpsc, CpscRecall, gadgetry, gadgets, galaxynote7, gear, mobile, politics, recall, samsung
All products recommended by Engadget are selected by our editorial team, independent of our parent company. Some of our stories include affiliate links. If you buy something through one of these links, we may earn an affiliate commission.