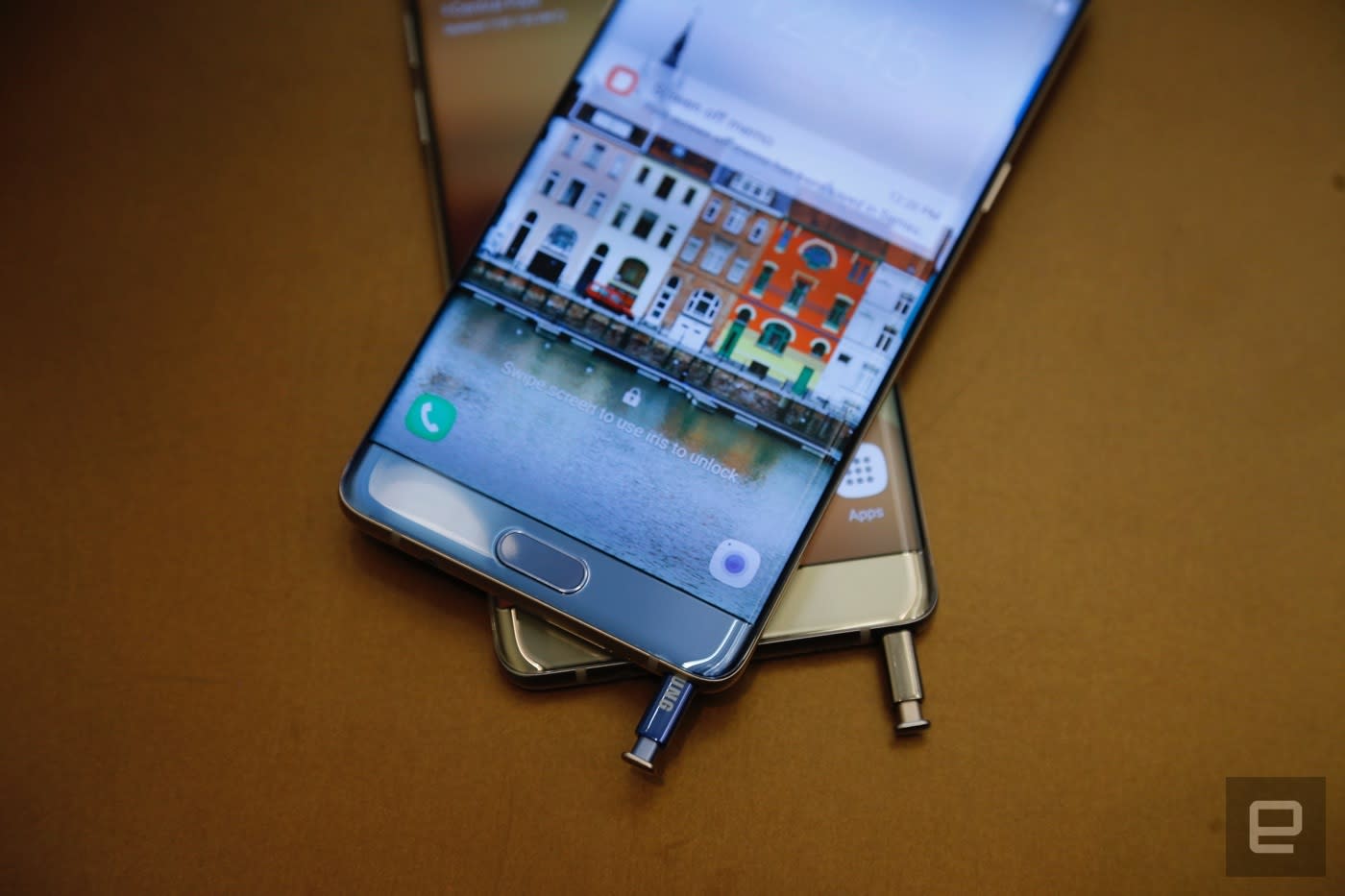 Samsung's slightly explosive new phone is drawing more critical attention, this time from the FAA. The government agency has apparently heard about the Galaxy Note 7 recall, and after some consideration issued a statement. The FAA "strongly advises passengers not to turn on or charge these devices on board aircraft and not to stow them in any checked baggage." According to Gizmodo, the FAA will update its statement as more info becomes available, so even this might not be the end of things.

In this article: battery, explosion, FAA, GalaxyNote7, gear, mobile, recall, samsung
All products recommended by Engadget are selected by our editorial team, independent of our parent company. Some of our stories include affiliate links. If you buy something through one of these links, we may earn an affiliate commission.