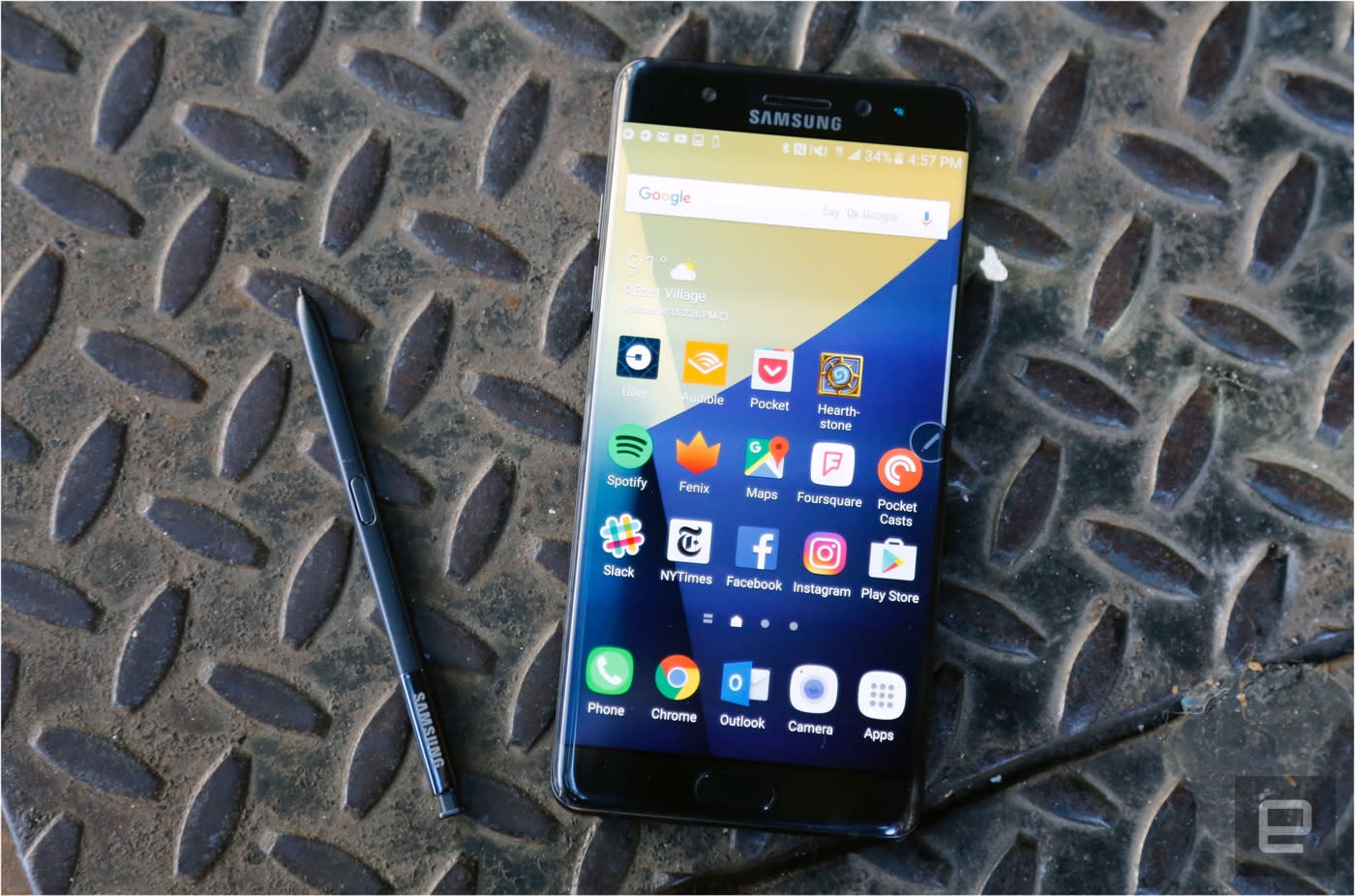 While Samsung has already announced its own recall and replacement program for the Galaxy Note 7, following reports about the phone's potentially explosive batteries, it hasn't yet gone through the formal process with the US government. It looks like that's about to change soon, as Recode reports that Samsung is finally working with the U.S. Consumer Product Safety Commission around an official recall. There's no announcement just yet, but it should hopefully mean that Samsung is able to ensure a more thorough recall of the Note 7 than it can on its own.

For now, both Samsung and the CPSC are pushing Galaxy Note 7 customers to avoid using or charging their devices. According to Samsung, only 24 in a million devices are affected by the potential fire risk. But do you really want to play Russian roulette with a device that's in your pocket or right by your face?

"CPSC and Samsung are working cooperatively to formally announce an official recall of the devices, as soon as possible," the agency said in a statement to Recode. "CPSC is working quickly to determine if a replacement Galaxy Note 7 is an acceptable remedy for Samsung or their phone carriers to provide to consumers."

Update: The CPSC published a statement on its website, "urging all consumers who own a Samsung Galaxy Note 7 to power them down and stop charging or using the device." Samsung has confirmed it's working with the agency, and has updated its plans for the US recall. Now, the ability to swap a Galaxy Note 7 for a new one is "pending CPSC approval," although the company says retailers and carriers may be able to provide a different loaner device in the meantime.

In this article: battery, CPSC, gadgetry, gadgets, GalaxyNote7, gear, mobile, Note7, recall, samsung
All products recommended by Engadget are selected by our editorial team, independent of our parent company. Some of our stories include affiliate links. If you buy something through one of these links, we may earn an affiliate commission.