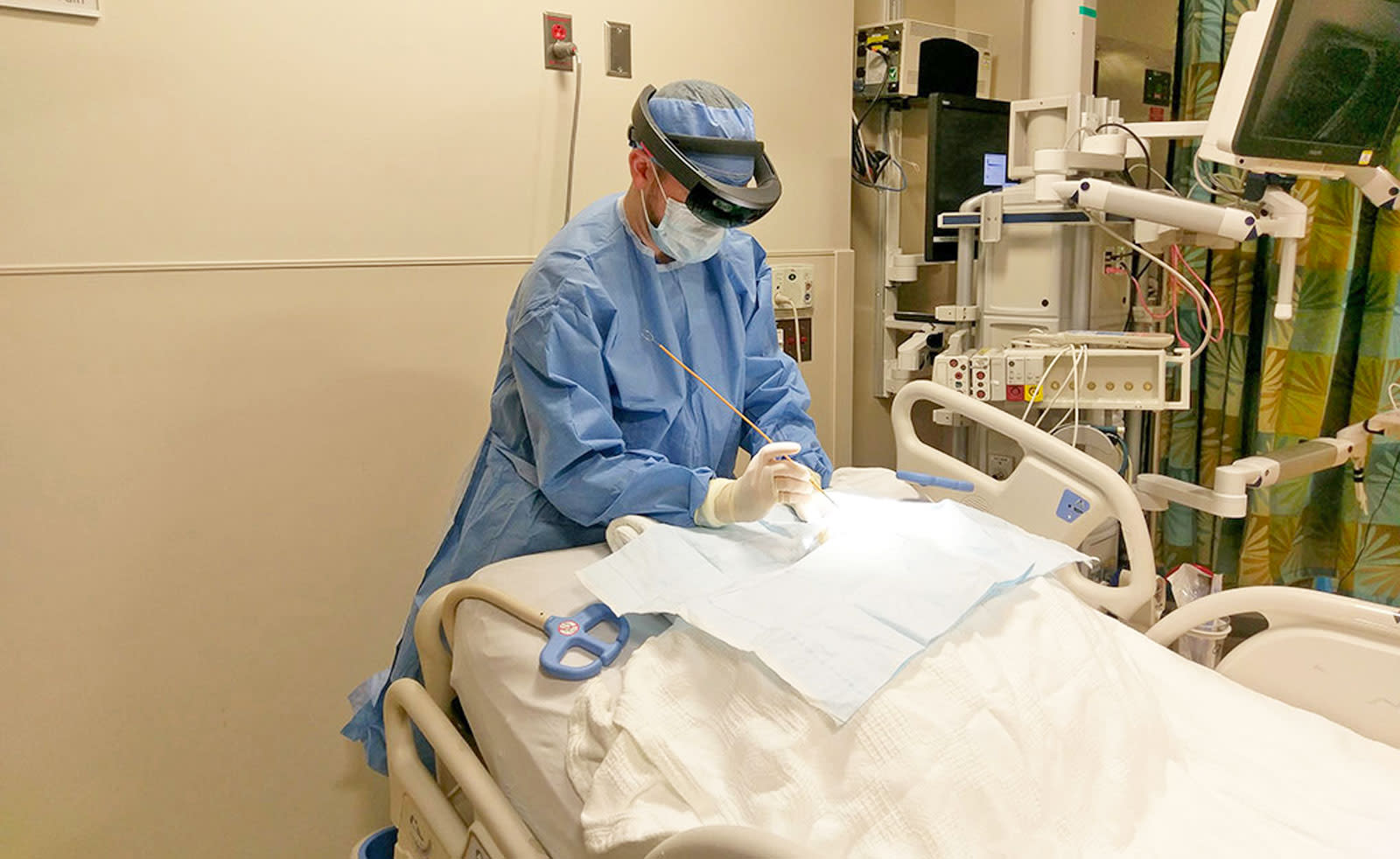 When Microsoft envisioned the medical world embracing HoloLens in the future, it wasn't kidding around. Duke University is testing the augmented reality headset as an assistive tool for difficult brain surgeries like extraventricular drain placement, which relieves potentially fatal pressure. Instead of relying on CT scans and markers to insert a catheter into the skull during the draining procedure, Duke's doctors would use HoloLens to overlay a reconstructed CT scan on the patient's head. The virtual approach should not only be more accurate than conventional markers (the target is frequently too small or shifts around), but faster and simpler.

The newer hardware is particularly important, too. Augmented reality surgery is nothing new, but HoloLens eliminates a large amount of the jittering and lag that simply wouldn't be acceptable during delicate operations.

Duke has only tested HoloLens on a model so far, and only with that one procedure. It won't shock you to hear that the school wants to prove the wearable can work in real situations and different procedures before there's widespread adoption. However, it's not hard to see HoloLens and other augmented reality gear becoming a mainstay in operating theaters. Surgeons could spend more time completing procedures and less time fretting that one slip might endanger a patient.

In this article: augmentedreality, brain, gear, health, hololens, medicine, microsoft, neuroscience, neurosurgeon, neurosurgery, science, surgery, video, wearables
All products recommended by Engadget are selected by our editorial team, independent of our parent company. Some of our stories include affiliate links. If you buy something through one of these links, we may earn an affiliate commission.