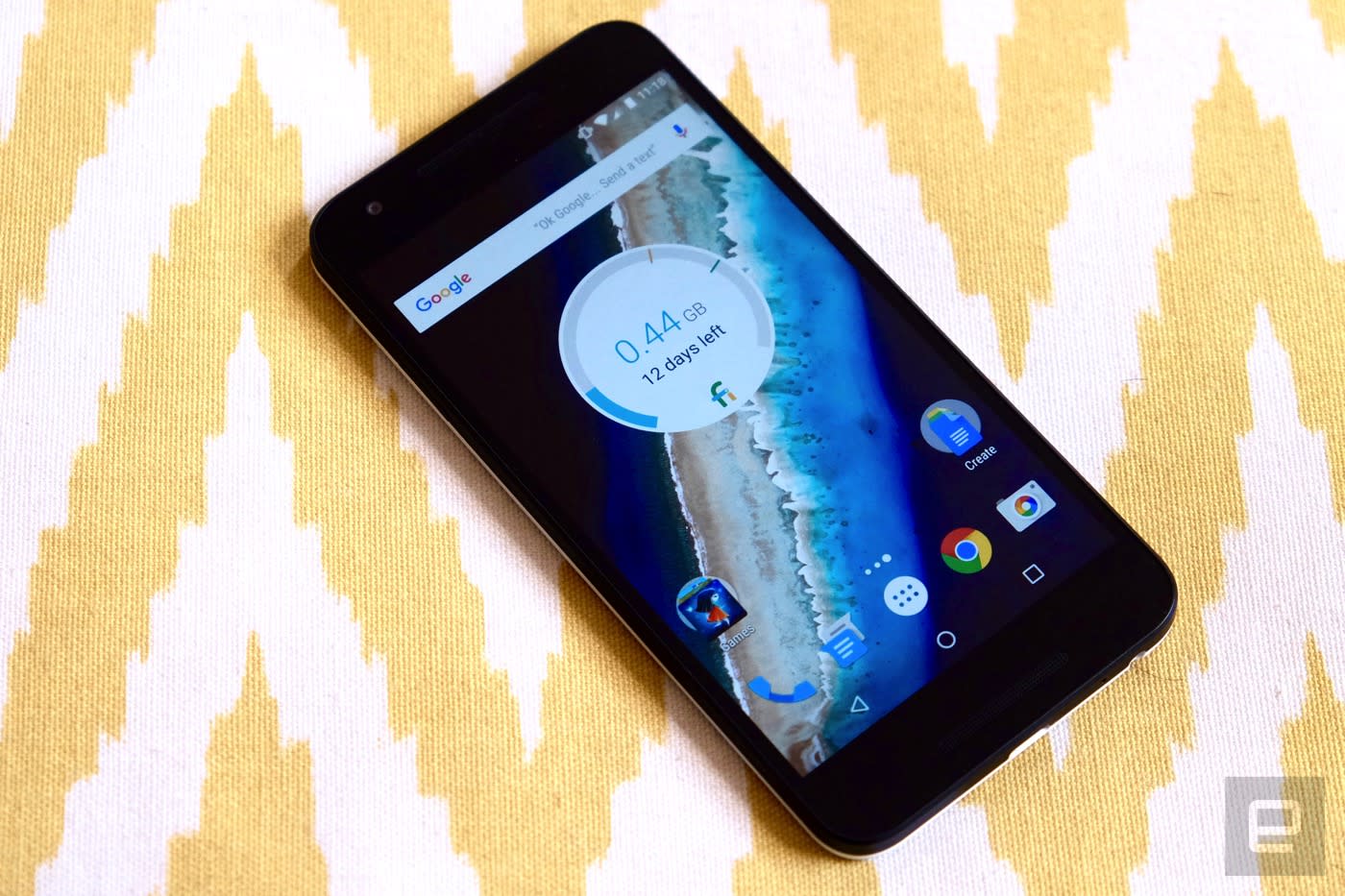 If you don't use a ton of data, Google's Project Fi (a cell phone service that jumps between Sprint, T-Mobile and US Cellular, depending on signal strength) is one of the better deals in wireless. Now, Google's making it a bit easier and cheaper to use if you have a family: the company is rolling out group plans starting today. If you're a Project Fi user, you can add up to six total people to your plan. Each additional user costs $15 per month for unlimited talk and text, down from the $20 Project Fi charges when starting up service on your own. Data stays at the same $10 per GB rate that Fi has always offered.

As before, you only get charged for what you use: if you have 10GB of data on your plan, that'll add $100 a month to your bill in addition to the charges for each line. But if you only use 8GB, you'll get $20 back on your next bill. And if you go over by 500MB, Google adds $5 to your bill.

Project Fi's group plans include safeguards to keep your data usage under control, also. You can set different alerts and caps for your group members -- so if you only want your kids using 2GB of data a month, it'll shut them down after that point, for example.

It's hard to compare Project Fi's costs to other carriers because no one else really offers a plan like this, but things could get expensive quick if you use a lot of data. But no other carrier offers you money back for unused data, and there's a lot to like about Project Fi beyond that -- there's no contract, and group members can be added or dropped at any time. That same reasonable data rate applies in dozens of international locations. If you've ever tried to take a phone abroad using Verizon or AT&T, Fi can be a godsend.

Perhaps the biggest drawback to Project Fi is that it only works with three phones: the brand-new Pixel series, the Nexus 5X and the Nexus 6P. To make starting out with Fi a little less expensive, Google is offering discounts on the 5X and 6P: the 6P now starts at $399. The Nexus 5X still costs $199, the same price Project Fi has offered it at for a while now. And it's about time Google slash the price on the 6P, given that it's a year old now with a shiny new successor out in the field.

If you're a Project Fi user and want to add members to your group plan, the feature is live today. You can add users by visiting your Project Fi account page online.

In this article: familyplan, fi, gear, google, groupplan, internet, mobile, projectfi
All products recommended by Engadget are selected by our editorial team, independent of our parent company. Some of our stories include affiliate links. If you buy something through one of these links, we may earn an affiliate commission.