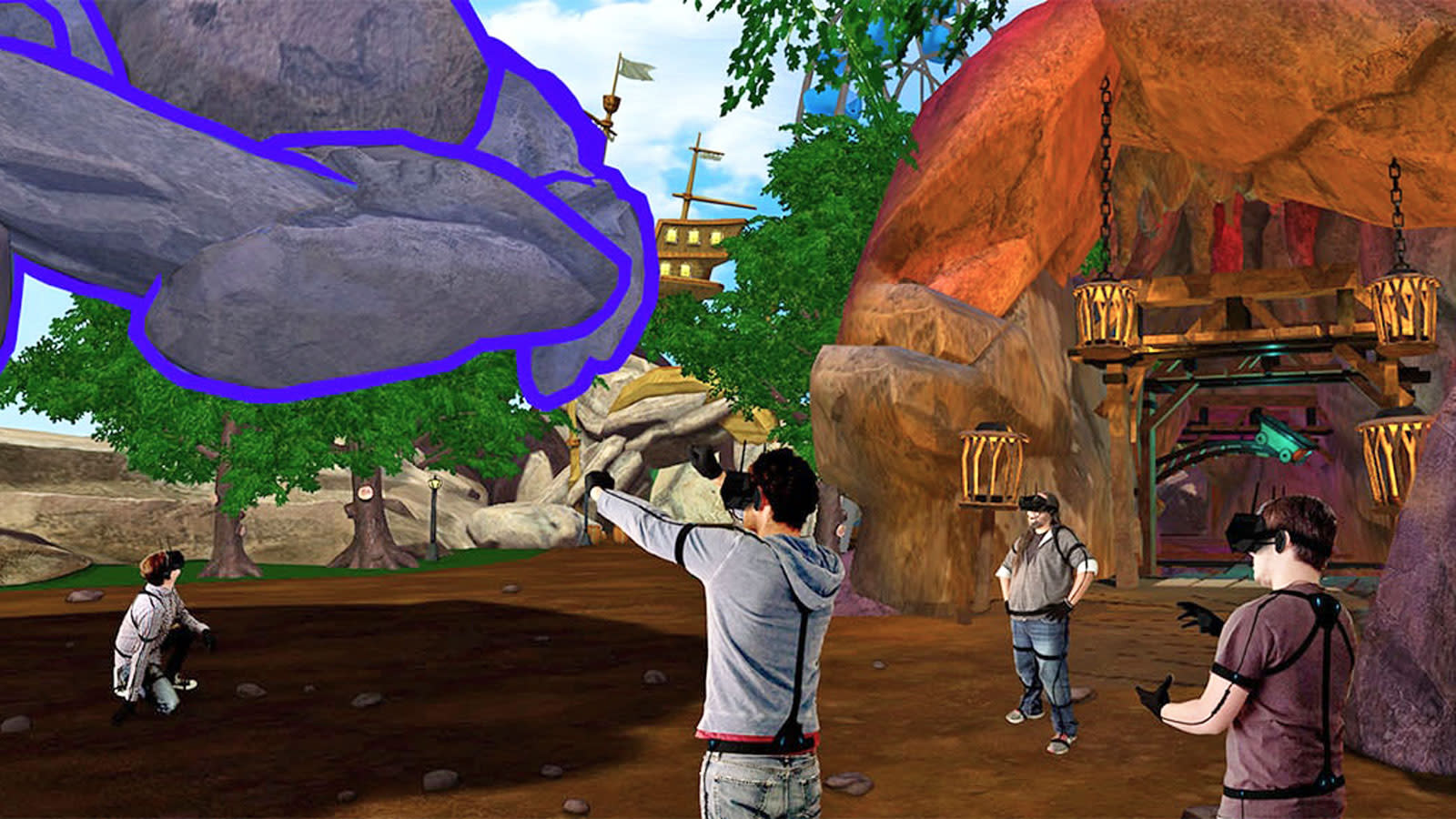 Atari's Nolan Bushnell is busier than ever these days -- in addition to his mobile game efforts, the video game pioneer is launching a virtual reality company. Modal VR is promising a combination of hardware and software that delivers high-end virtual experiences of the sort that make an HTC Vive or Oculus Rift seem like small potatoes. It's completely wireless, low latency (under 10 milliseconds) and accommodates multiple users in areas as large as 900,000 square feet. There are full body tracking suits, to boot. Instead of limiting you to sit-down or room-scale VR, developers could create immersive experiences that fill whole fields and warehouses.

As you might guess, Modal VR isn't designing something you would buy for personal use. You'd most likely use it in arcades -- think of it as a very, very advanced version of the Virtuality rigs from the 1990s. Businesses could also create custom VR apps for their workers, such as 3D modelling tools that let engineers see life-size examples of their work.

Modal's technology is still in the prototype stage, and it will only start shipping beta developer kits "soon." If it works as well as promised, though, it could extend not just the capabilities of VR, but its reach. While many people can't justify buying their own hardware, they might not have to. You'd only have to pay on a per-session basis, and could join in multiplayer games that are impractical (or in some cases, impossible) with existing tech.

In this article: arcade, culture, games, gaming, gear, modalvr, nolanbushnell, video, virtualreality, vr, wearable, wearables
All products recommended by Engadget are selected by our editorial team, independent of our parent company. Some of our stories include affiliate links. If you buy something through one of these links, we may earn an affiliate commission.