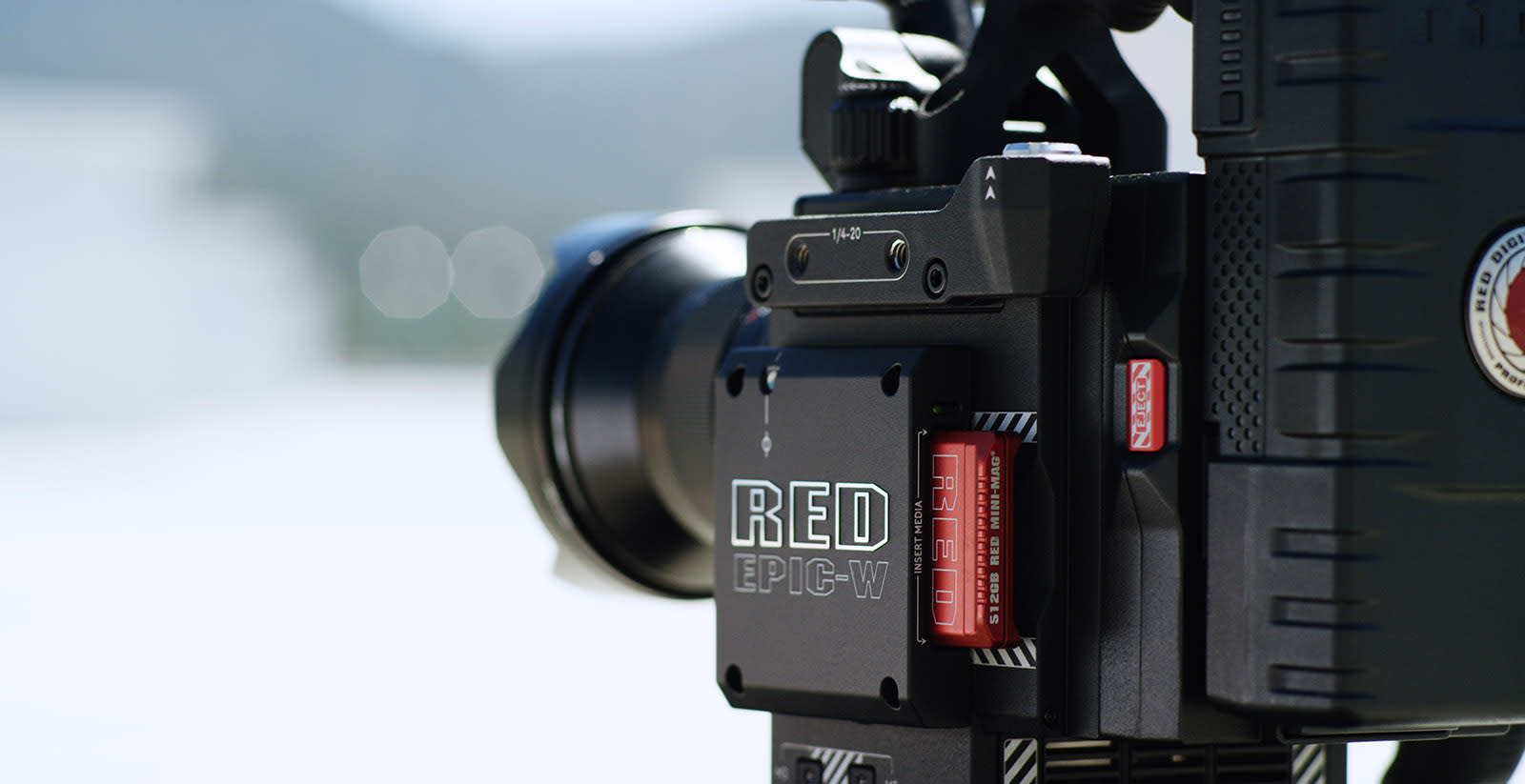 RED's new 8K Weapon and Epic-W cameras with the new "Helium" sensors are now shipping, giving cinematographers up to 35-megapixel RAW images at 60 frames per second. The $49,500 and $29,500 cinema cameras (respectively) aren't exactly consumer products, but they do represent the state of the art in digital video. Now that they're available, you can expect to see slightly sharper images in upcoming films by directors like Michael Bay, who received his own unit ahead of the release.

Unlike the 8K Weapon, which has a huge, "Vista-Vision" sized sensor, the new cameras use a smaller Super-35mm chip, meaning they're compatible with standard cinema lenses. President Jarred Land says that going from 6K to 8K was "exponentially more difficult" than the 2K resolution jump would suggest, thanks to the extra processing horsepower required. Full-frame 8K RAW video, despite being compressed 5:1 (12:1 at 60fps), requires sustained data rates around 300 MB/s, pushing the limits of even the latest SSD hard drive tech.

Cinematographer Mark Toia says the camera has better detail in low light and overexposure conditions than previous models, thanks in part to the extra resolution (see the video below). The 8K sensor has 17 times the resolution of 1080p video, giving directors more framing options when shooting Full HD or 4K. RED cameras have also proved popular with high-end still photographers, who can shoot high RAW frame rates and extract the best images -- a feature that Panasonic, Sony and other companies are now touting.

Red says that the first batch of 8K Helium Weapon models has already sold out, but they're building new ones every day. As mentioned, you'll need $49,500 for the Weapon Helium, which shoots 60fps 8K, or $29,500 for the 30fps Epic-W (less if you're upgrading from a 6K Weapon or Epic-X). That's just for the brain, though -- a package with batteries, media and other necessary bits (excluding any lenses) will run you $60,000 or more. RED says that new firmware and software updates are coming soon for Helium, giving users updated color science and a new image-processing pipeline.

In this article: 35-megapixel, 8K, cameras, Epic-W, gear, Helium, MotionPictureCamera, RAW, RED, TL16MODLR, video
All products recommended by Engadget are selected by our editorial team, independent of our parent company. Some of our stories include affiliate links. If you buy something through one of these links, we may earn an affiliate commission.