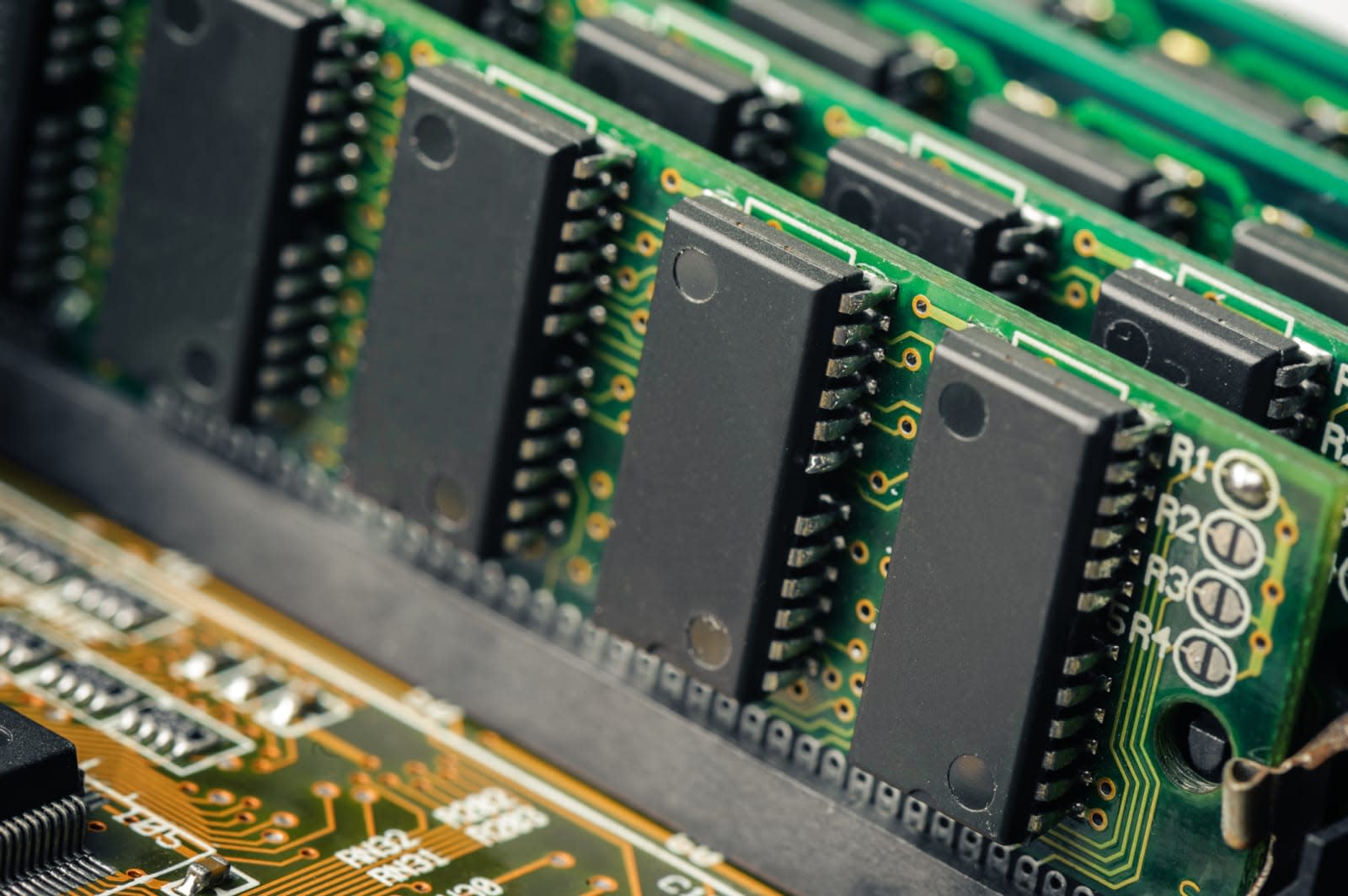 One area limiting speed in personal computing speed is memory -- specifically, how quickly individual memory cells can be switched, which is currently done using an external magnetic field. European and Russian scientists have proposed a new method using much more rapid terahertz radiation, aka "T-rays," the same things used in airport body scanners. According to their research, published in the journal Nature, swapping out magnetic fields for T-rays could crank up the rate of the cell-resetting process by a factor of 1000, which could be used to create ultrafast memory.

The radiation is actually a series of short electromagnetic pulses pinging the cells at terahertz frequencies (which have wavelengths of about 0.1 millimeter, lying between microwaves and infrared light, according to the scientists' press release). Most of the recent T-ray experiments have dealt with quick, precise inspections of organic and mechanical material. Aside from quickly scanning you for contraband and awkward bulges at airports, other proposals have involved using terahertz radiation to look into broken microchip innards, peer into fragile texts and even comb airport luggage for bombs.

But similar to those hypothetical applications, you won't see T-rays in your PCs any time soon. The scientists have successfully demonstrated the concept on a weak ferromagnet, thulium orthoferrite (TmFeO₃), and even found that the terahertz radiation's effect was ten times greater than a traditional external magnetic field, meaning the new method is both far faster and more efficient. But the scientists have yet to publish tests on actual computer memory cells, so it's unknown when, or if, T-rays will buzz around inside your machine.

In this article: ComputerMemory, ComputerSpeed, memory, personal computing, personalcomputing, science, speed, t-ray, terahertz
All products recommended by Engadget are selected by our editorial team, independent of our parent company. Some of our stories include affiliate links. If you buy something through one of these links, we may earn an affiliate commission.