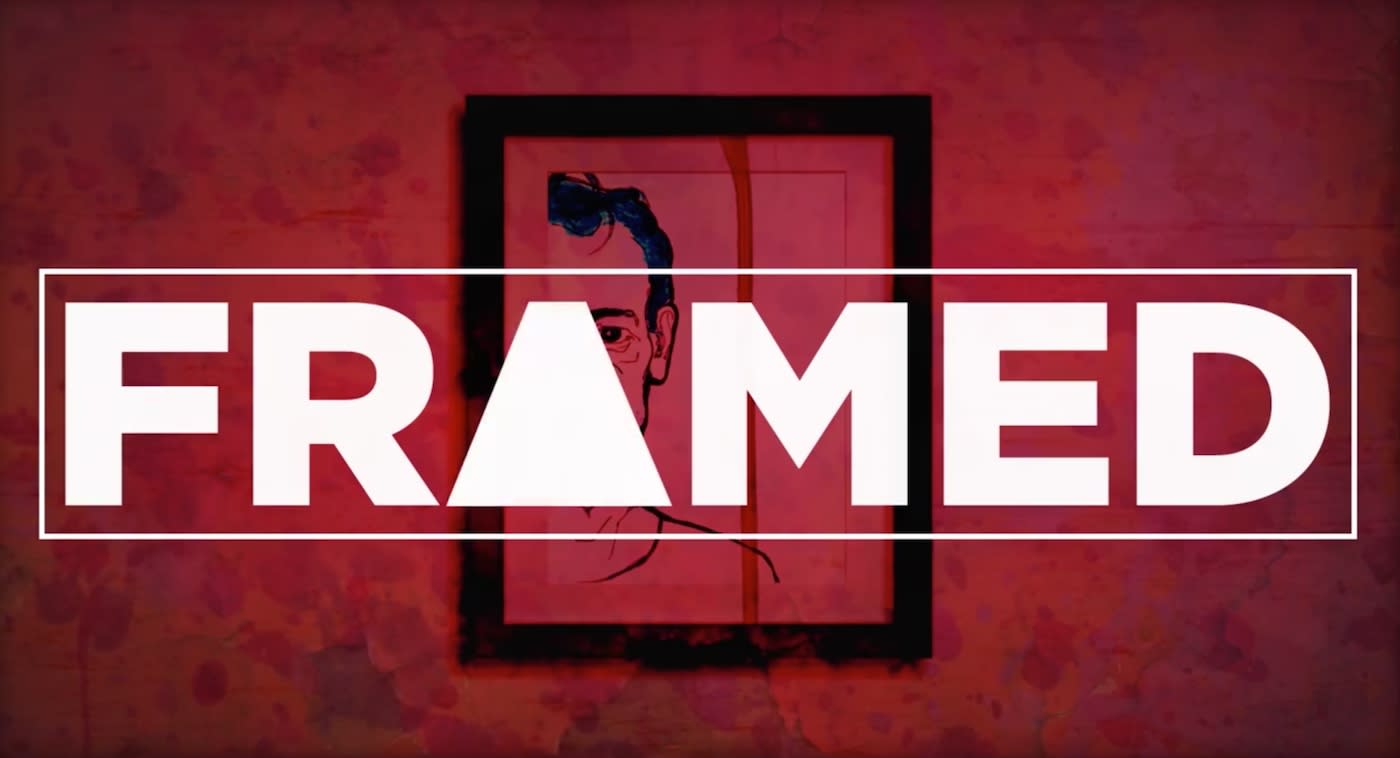 If you enjoy live action room experiences (think zombies, puzzles etc) or fancy yourself as a bit of an armchair detective, it might be worth tuning into a first-of-its-kind Facebook Live stream later today. To celebrate the launch of its new crime drama, UK TV channel Alibi will host Framed, the "world's first livestreamed escape room", at 3pm ET/8pm BST -- and it's open to all.

The hour-long interactive murder mystery focuses on a security guard at an exclusive art gallery who finds himself trapped in a room with a dead body. The guard (who will be wearing a head-mounted camera for the duration of the stream) has 30 minutes to piece together what happened before he is framed for the crime himself.

Sounds like any other Escape Room puzzle, right? Well, because Framed is being hosted on Facebook Live, thousands (if not millions) of users can potentially get involved. If you do decide to tune in, you'll be encouraged to debate clues in the comments and asked to vote using Facebook's Reactions emoticons. The Guardian reports that moderators will also be on hand to wade through the comments and pick out the answers that will help the protagonist progress through the story.

With a potentially large audience working together, the story's creators think it's very possible that the crime will be solved sooner than expected: "In a way that will just prove our premise, that the audience are a bunch of brilliant amateur detectives," UKTV's Sam Pearson told The Guardian.

In this article: alibi, entertainment, facebook, facebooklive, framed, internet, livestream, UKTV
All products recommended by Engadget are selected by our editorial team, independent of our parent company. Some of our stories include affiliate links. If you buy something through one of these links, we may earn an affiliate commission.