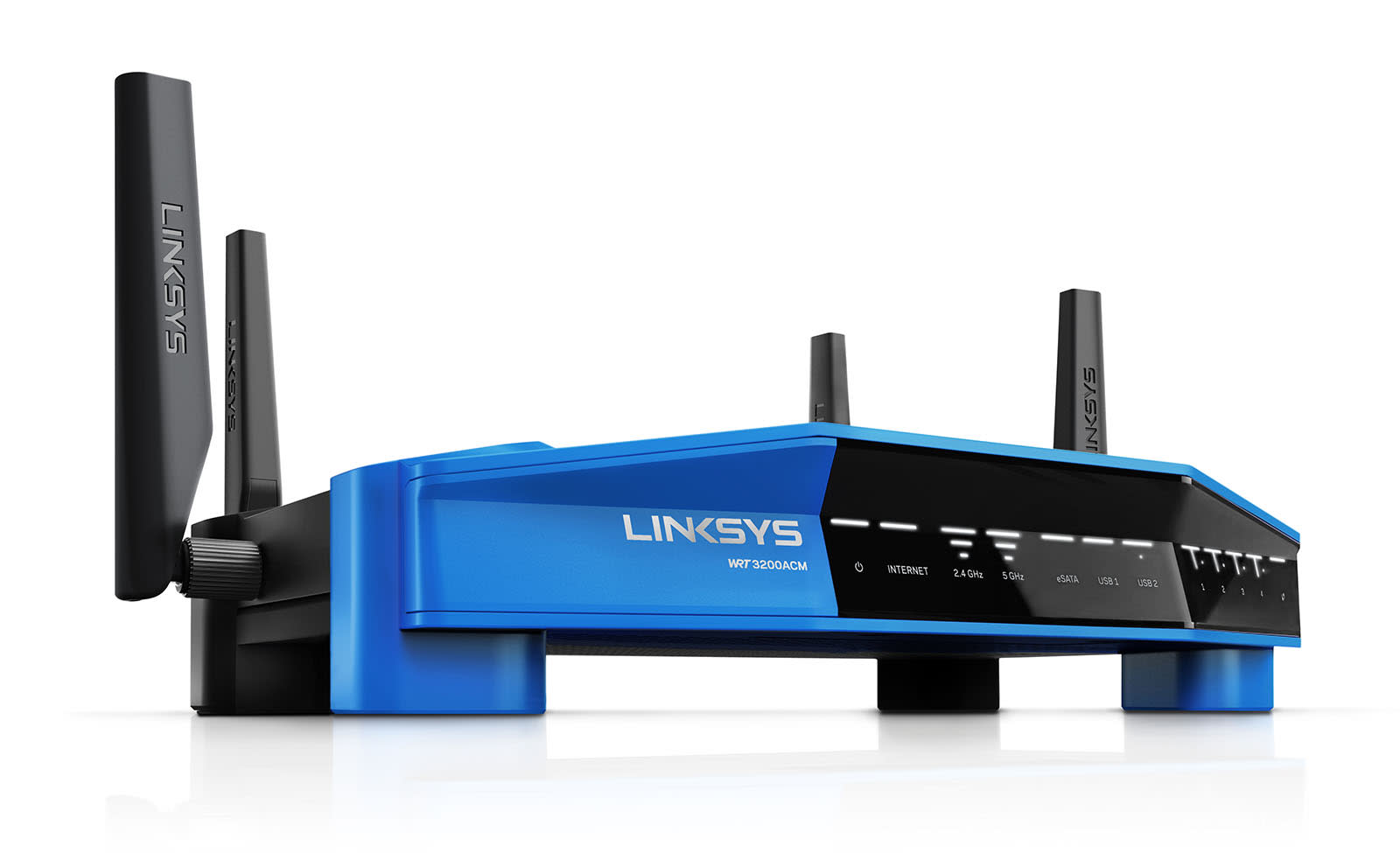 Linksys has launched a new router in its WRT lineup beloved by WiFi tweaking aficionados. The WRT3200ACM has more bandwidth for its Tri-Band 802.11AC tech, amping the max speed to 2.6 Gbps, double the last WRT model. At the same time, it offers open-source firmware support for OpenWRT or DD-WRT, and no parental controls or other bloatware. It also comes with up to 512MB of DDR3 RAM, eSATA and USB like the last model, making it easier to load and run custom firmware.

Those speeds won't be useful unless you're connecting multiple devices at once, as no single phone or laptop can even run at a third of that. However, that's not the point -- it's aimed at folks who want to use custom firmware or own a purpose-built router with no fluffy features. To prove its pedigree, the router even carries the same blue and black color scheme of the original WRT54G. If you're in Linksys' target market, you probably already know that the WRT3200ACM doesn't come cheap -- it'll arrive in the next week for $280.

In this article: 2.6Gbps, 802.11AC, DD-WRT, gear, internet, Linksys, openwrt, Router, Tri-Stream, WiFI, WRT, WRT3200ACM
All products recommended by Engadget are selected by our editorial team, independent of our parent company. Some of our stories include affiliate links. If you buy something through one of these links, we may earn an affiliate commission.