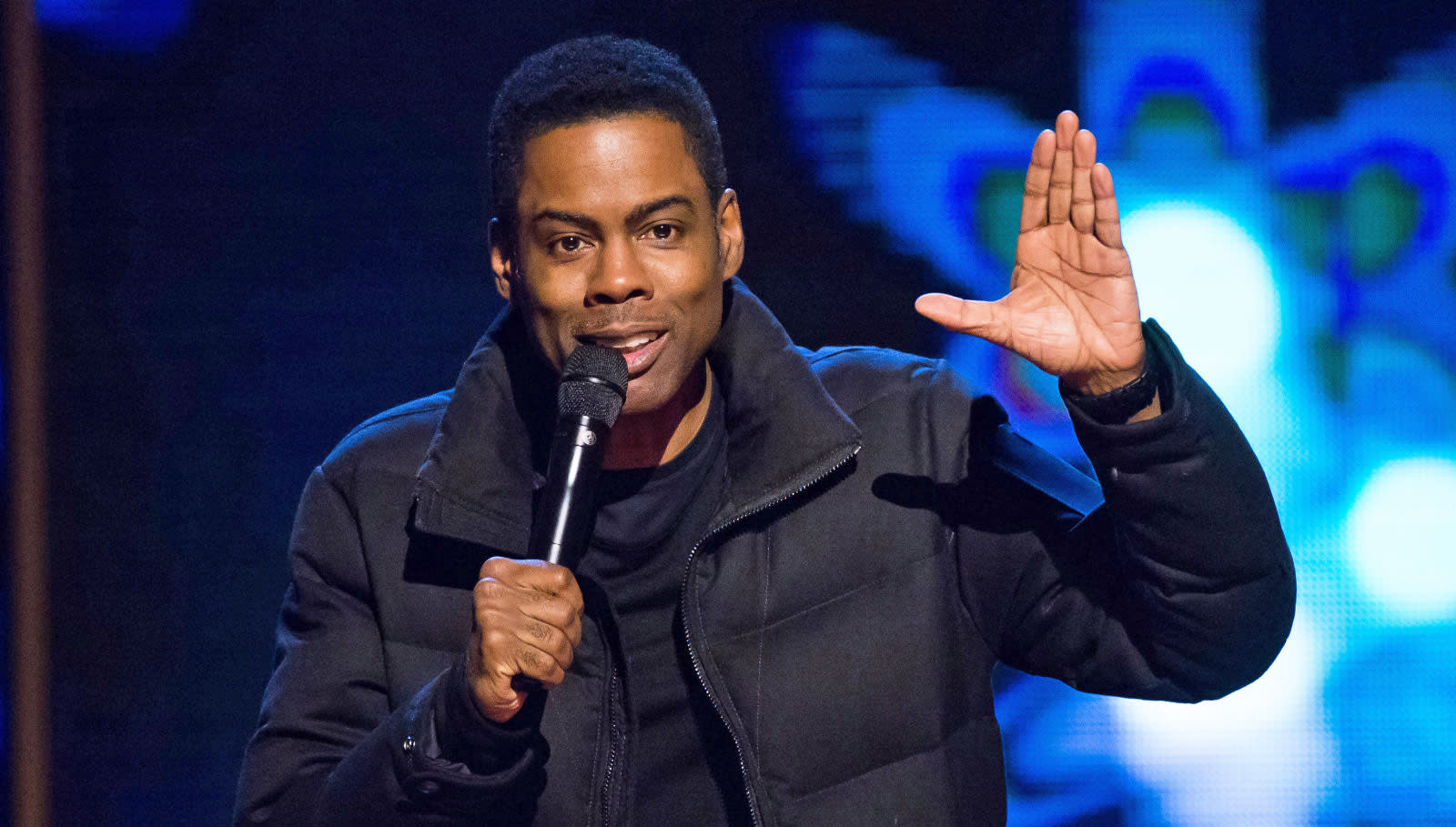 Chris Rock has had well-known comedy specials on HBO like Bigger and Blacker and Never Scared, but in 2017 when he returns with his first special in eight years, it will be on Netflix. According to The Hollywood Reporter, Variety and Deadline, the streaming service outbid others including HBO, Amazon and Hulu for the rights to two specials at a price of $40 million.

Patton Oswalt: Talking for Clapping brought Netflix an Emmy victory this year, and now it's adding Chris Rock to a lineup that already includes shows from some of the biggest comedians working today. Later this year, Netflix will feature specials from Joe Rogan, Michael Che, Reggie Watts, Colin Quinn and Dana Carvey. Of course, stand-up specials aren't the only exclusives Netflix (and its competitors) are shelling out big bucks for in the content arms race, as we're looking forward to the return of Black Mirror next week.

In this article: av, ChrisRock, comedian, comedy, entertainment, Netflix, originalcontent, stand-up, streaming
All products recommended by Engadget are selected by our editorial team, independent of our parent company. Some of our stories include affiliate links. If you buy something through one of these links, we may earn an affiliate commission.