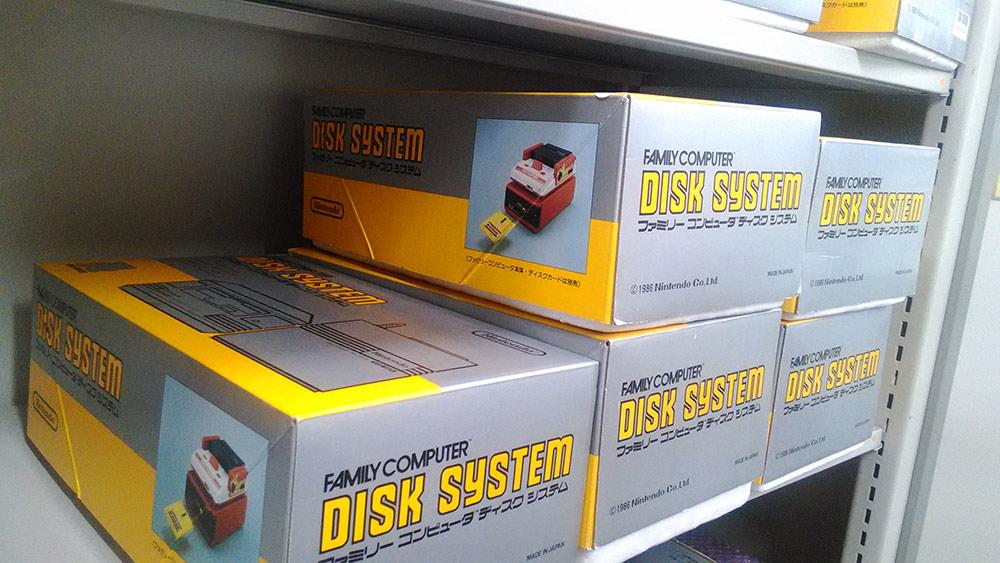 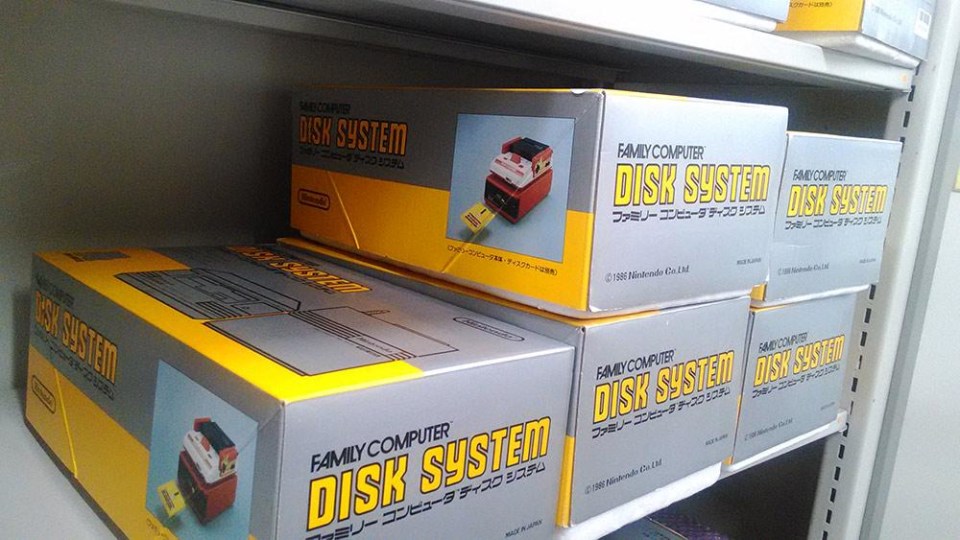 What secrets lie inside Nintendo's offices? It's a question I ask myself regularly at night, clutching my new Nintendo 3DS and dreaming about a Metroid Prime sequel (Federation Force doesn't count.) Well, today Nintendo has drawn back the curtain -- if only a smidge. In a collection of articles celebrating the Legend of Zelda, Nintendo has posted some photos from a storage room at its Kyoto headquarters. It's chock-full of old hardware, including mint Famicoms (released as the Nintendo Entertainment System, or NES in North America) and Disk Systems. The latter was a colorful add-on that allowed Nintendo's home console to play proprietary floppy disks, called "Disk Cards." Unlike traditional cartridges, these could be rewritten using store-based "Disk Writer" kiosks in Japan. So when you were finished with the Legend of Zelda, you could pop into your local convenience store, purchase a new game and have it written onto a pre-purchased disk. As Kotaku explains, the format was a piracy paradise, and eventually became redundant when Nintendo figured out how to increase the capacity of its regular Famicom cartridges.

In the storage room rundown, Nintendo shows off one of these rare Disk Writers. The company also unboxes a Famicom and Famicom Disk System to show you what came in the original packaging. (They both work too!) The photos are a tantalizing taste of the company's history and the products it must have locked away. Which begs the question: What do you think could be just out of shot? A few Virtual Boy headsets? A Game Boy Camera and Printer? Maybe a NX prototype? We can but dream.

In this article: discwriter, famicom, FamicomDiskSystem, gadgetry, gadgets, gaming, nes, nintendo, nintendoentertainmentsystem
All products recommended by Engadget are selected by our editorial team, independent of our parent company. Some of our stories include affiliate links. If you buy something through one of these links, we may earn an affiliate commission.