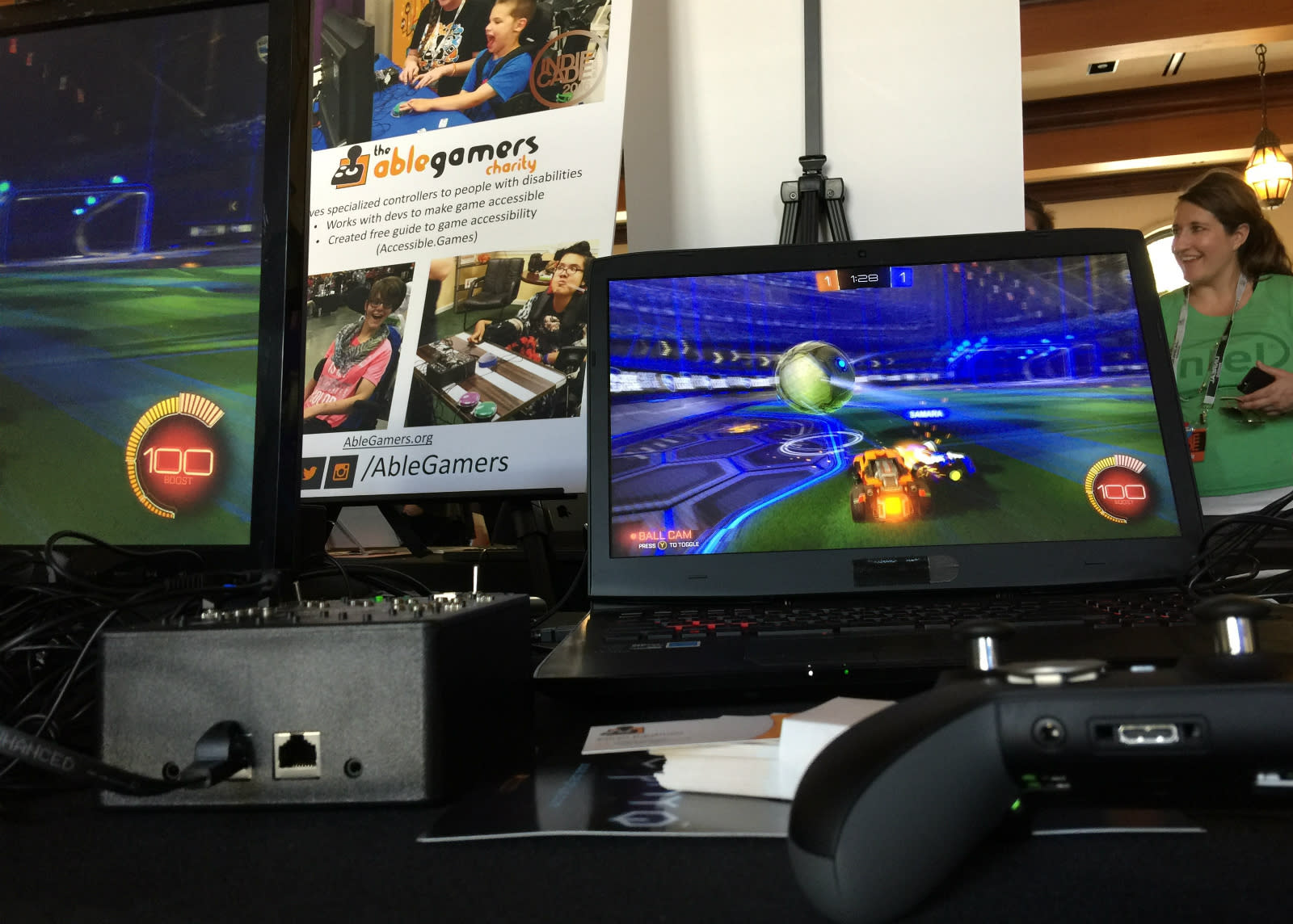 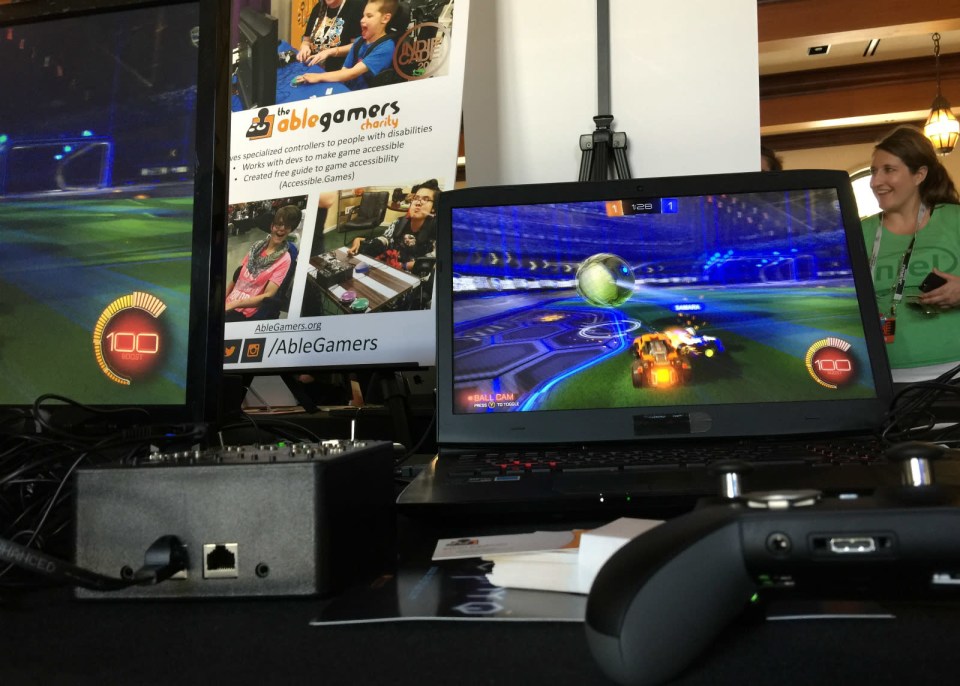 AbleGamers program director Craig Kaufman knows he's done his job when a kid comes running up to him on a busy convention show floor and screams, "I can stab people now!"

"And I'm like, you shouldn't yell that in public -- but it's exciting," Kaufman says. "All the kid wanted to do was stab people and we helped him."

Kaufman is talking about stabbing people in Call of Duty, not real life. The AbleGamers Charity's core mission is to open up gaming to people with disabilities, which often means giving away specialized controllers that respond to breathing, can be mounted on wheelchairs, or offer single-click solutions for more complicated actions like using analog sticks. However, AbleGamers is always looking for simpler and more accessible options, and this year they found one: the $150 Xbox Elite controller.

The Elite is widely marketed as a top-of-the-line controller for serious players. It's customizable on both a physical and software level, and it features extra buttons on the back of the hand grip, allowing for more mapping options. This is good news for hardcore players, but it's also a remarkable breakthrough for people with disabilities. AbleGamers gives away Elite controllers whenever they can; the organization buys the controllers and sends them out to people in need.

"There's a social isolation that happens for people with disabilities when you're inside all the time," Kaufman told Engadget at IndieCade in Los Angeles. "And it's, bam, you can play games. It's awesome."

Kaufman offers one example of a man who recently had a stroke and lost the use of one of his hands. He loved games and needed a way to play, so Kaufman sent him an Elite and explained that he could use his mouth to move the analog stick. The man wasn't immediately convinced.

"That's a concept that not everyone adapts to," Kaufman says. So, Kaufman filmed a video of himself controlling the Elite with his mouth and just one hand, using the rear-grip buttons as triggers, and sent it to the unconvinced man. It worked.

"And this is a $150 solution that you can go buy at Wal-Mart, and it helped that dude with a stroke play games," Kaufman says. "That's huge. That's amazing."

"There's a social isolation that happens for people with disabilities when you're inside all the time."

Specialized controllers can cost upwards of $400, placing them out of reach for many people living on disability, which offers a fixed income. Plus, many custom solutions come directly from the manufacturer, which sometimes means long order times and shipping them from far-away countries. This is why AbleGamers is so excited about the Elite; it's relatively cheap and Kaufman can simply send it to someone via Amazon Prime. It's accessible on a level that other options aren't.

Additionally, the Elite has removable parts, including the analog sticks. For people who play with their mouths, this is a key feature, since it allows them to replace the sticks and keep the gamepad clean. People can even 3D print custom parts to make playing easier.

Microsoft isn't alone in trying to open up the gaming ecosystem. Both Sony and Microsoft recently launched system-wide button mapping options for their consoles, meaning players can customize their controllers on a software level across Xbox One and PlayStation 4. Microsoft also took things a step further with Gears of War 4.

"I actually sent them a layout that I thought would be helpful and they added it," Kaufman says. "It's so you don't have to use the triggers -- you can just use the face buttons." And that's not just for the Elite either.

Opening up games to people with disabilities isn't solely a philanthropic effort, Kaufman argues: It's also good for business. "You can sell more games," he says. "Widen the market, include more people."

Essentially, Kaufman says, the more people playing games, the better the industry is for everyone.

"Microsoft has been very interested in some of the feedback and things we've been doing with it," he says. "The fact that we give these out is huge for them, and they're always looking at how to include more players."

In this article: ablegamers, av, design, disability, disabled, gaming, IndieCade, indiecade2016, interview, personal computing, personalcomputing, ps4, services, xbox, XboxElite, xboxelitecontroller, XboxOne
All products recommended by Engadget are selected by our editorial team, independent of our parent company. Some of our stories include affiliate links. If you buy something through one of these links, we may earn an affiliate commission.