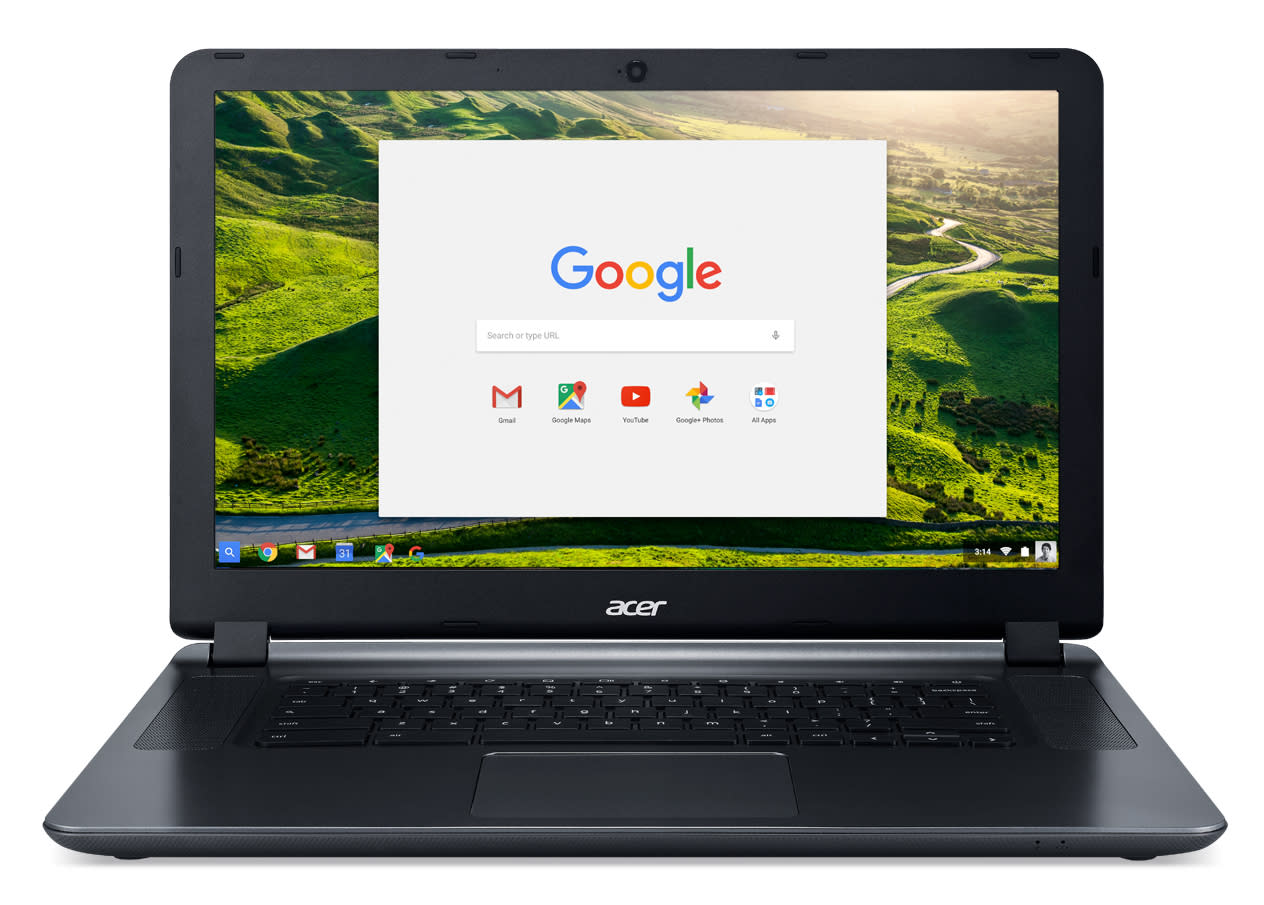 Chromebooks have long had a reputation for being cheap, compromised machines, but things have changed in the last few years. You can now spend hundreds of dollars to get a Chromebook with better design and specs, but there are still plenty of bargain basement options as well. Acer's new Chromebook 15 falls in the latter category, without a doubt.

The $199 Chromebook 15 replaces last year's model, which started at the same price point. Given the extremely low cost, there are a bunch of compromises on board worth noting. First up is the screen: Acer claims its 15.6-inch display "[gives] customers additional real estate to view multiple tabs and apps." That's a claim we're going to have to take issue with: the 1366 x 768 resolution is the same as you'll typically find on 11-inch laptops. Yes, things will be a lot bigger, which might be useful for some buyers, but there won't be more room to do anything on this screen.

Also, the new Chromebook 15 only comes with 2GB of RAM -- it's almost 2017 and we cannot recommend buying a laptop with that amount of RAM, particularly if you can't upgrade it. Acer didn't say whether or not it would sell upgraded models of this computer, but last year you could pick up a model with 4GB of RAM and a full 1080p screen for an extra $80. That's money well spent.

The new Chromebook 15 does have some things going for it, like a claimed 12-hour battery life. Of course, such a large machine is generally better suited as an "around the house" computer rather than something you'll use on-the-go, a long way away from power. But it's also a bit smaller and lighter than last year's model, which was a boat anchor compared to just about every other Chromebook on the market.

Much as we said when we checked out Acer's first Chromebook 15, we're just not quite convinced this is a computer that makes much sense for a lot of people, unless you really value sheer screen size over everything else. Of course, the price is also quite low, so if you just need a cheap laptop, Acer's new Chromebook 15 should fit the bill.

In this article: acer, acerchromebook15, chromebook, chromebook15, gear, personal computing, personalcomputing
All products recommended by Engadget are selected by our editorial team, independent of our parent company. Some of our stories include affiliate links. If you buy something through one of these links, we may earn an affiliate commission.