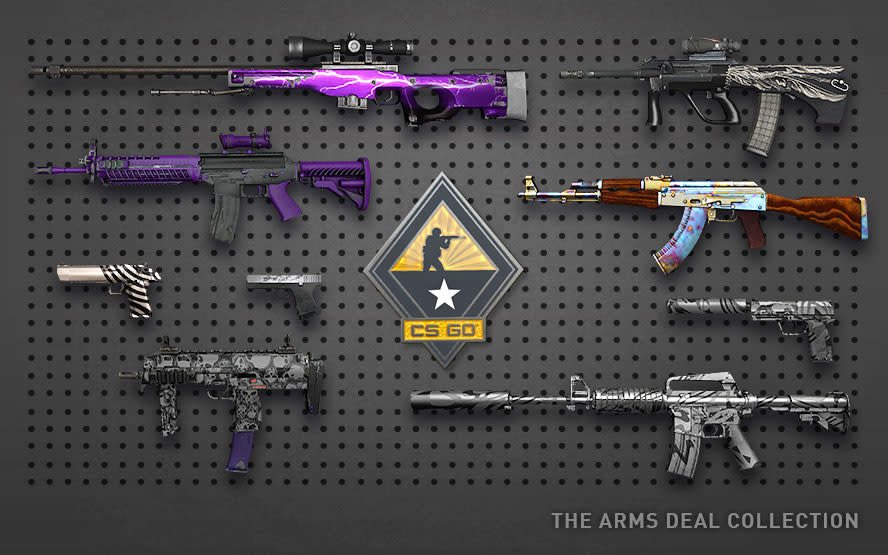 In a copy of a letter to the Commission, sent by Valve to Engadget, the company's legal counsel Liam Lavery says there's "no factual or legal support" for the allegations. "As we have explained on multiple occasions, Valve is not engaged in gambling or the promotion of gambling, and we do not 'facilitate' gambling," Lavery states. "We were surprised and disappointed that the Commission chose to publicly accuse Valve of illegal activity and threaten our employees with criminal charges."

The counsel then goes on to explain how Steam works, and what the function of gun skins is in CS:GO. "In-game items, such as virtual weapons, music packs, or decorative stickers, are common features in computer games. CS:GO customers can purchase skins, or receive them as random drops during game play. They are part of the game."

Lavery does accept that gambling sites are using Steam to transfer in-game items, and also utilizing its account authentication systems. It doesn't want to turn off those services, though, as they are used by lots of Steam customers and partners for perfectly legitimate reasons. "We do not believe it is the Commission's intention, nor is it within the Commission's authority, to turn off lawful commercial and communication services that are not directed to gambling in Washington," Lavery says.

The one gray area for Valve is transaction fees. Although the company makes no money from straight skin transfers, it does get money from its Marketplace. "Valve [receives] a small transaction fee in Steam Wallet funds for Marketplace transactions," Lavery explains. That's the place within Steam where users can sell in-game items for Wallet funds, that they can then use to buy games. This means that Valve could feasibly be making money from transactions related to gambling, albeit without its knowledge.

Valve has sent cease-and-desist letters to over forty gambling sites and has shut down the Steam bots of them all. It accepts that it doesn't know all of the gambling sites, and that it's not able to detect "cleverly designed bots." Whenever it can identify a gambling site and the corresponding Steam account, it can enforce its user agreements to shut them down.

"We would be happy to cooperate with the Commission, Lavery says, "if it is able to identify more skins gambling sites that are illegal in Washington and the Steam accounts through which [they] operate." Despite offering to work with the gambling commission to shutter illegal activity, Valve seems bullish about its legal stance here. "If there is a specific criminal statute or regulation you believe Valve is violating, please provide a citation. We are not aware of any such law that Steam or its games are violating."

We've reached out to Washington state's Gambling Commission for comment on Valve's response.

In this article: counterstrike, csgo, gambling, gaming, internet, services, steam, valve
All products recommended by Engadget are selected by our editorial team, independent of our parent company. Some of our stories include affiliate links. If you buy something through one of these links, we may earn an affiliate commission.