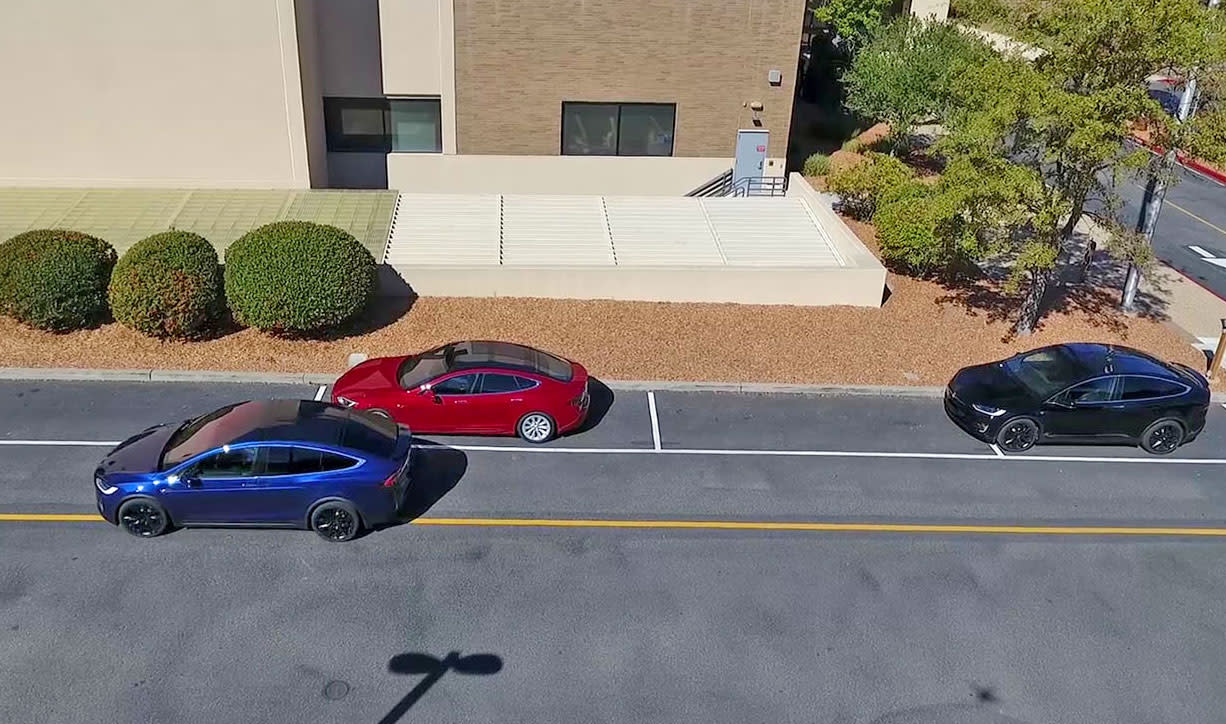 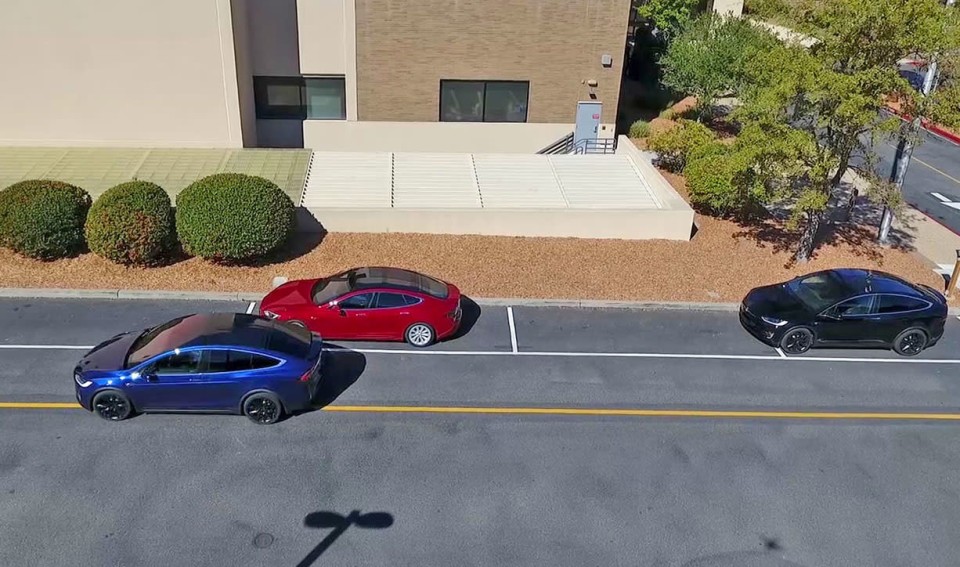 Yesterday, Tesla promised that it would equip its entire fleet with self-driving hardware, and it has now showed off what that tech can do. It released a video showing a Model X do a fully autonomous drive with "no human input at all," Elon Musk tweeted. During the demo, the car emerges from a garage, takes to the suburban side streets, merges onto a freeway, and eventually ends up in a Tesla facility. From there, it drops off the "driver" at the door and finds itself a parking spot.

The video emphasized that "the person in the driver's seat is only there for legal reasons. He is not doing anything. The car is driving itself." Musk also pointed out that "when searching for parking, the car reads the signs to see if it is allowed to park there, which is why it skipped the disabled spot."

Tesla drives itself (no human input at all) thru urban streets to highway to streets, then finds a parking spot https://t.co/V2T7KGMPBo

The car moves smartly, almost aggressively as it navigates to its destination. While parking, a pedestrian suddenly appears, and the car detects him and stops. It did appear to make a couple of small gaffes -- it turned into the exit lane when it entered the parking, at around 2:20, and missed lane boundaries when turning in the lot at 3:03. The car park lacked proper markings, though, to be fair.

Musk tweeted that "when you want your car to return, tap Summon on the phone. It will eventually find you even if you are on the other side of the country." We think that's a reference to the unplanned trip Jared took in Silicon Valley -- a public vision of self-driving cars that Musk is clearly hoping to supplant with the new video.

In this article: Autonomous, FullAutonomy, gear, ModelX, Self-driving, Tesla, transportation, video
All products recommended by Engadget are selected by our editorial team, independent of our parent company. Some of our stories include affiliate links. If you buy something through one of these links, we may earn an affiliate commission.