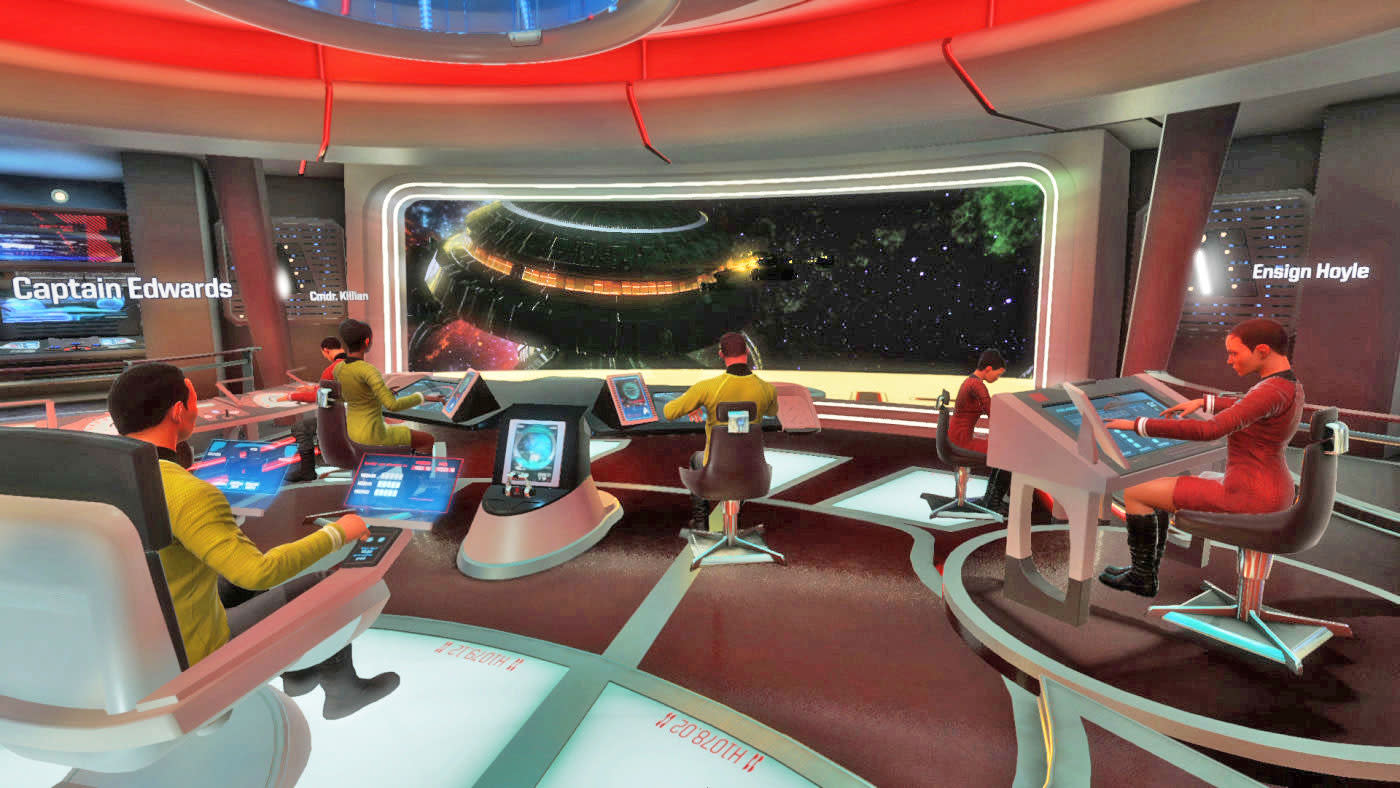 Ubisoft's upcoming VR game Star Trek: Bridge Crew seems to instil an excitement in certain people that just can't be matched. And so it is with a heavy heart that I bring you news of the game's delay. Originally scheduled for November 29th, it's now been pushed back to March 14th, 2017.

Star Trek: Bridge Crew is a collaborative game in the vein of Artemis or Space Team. In it, you'll assume one of four positions -- captain, engineer, weapons or pilot -- and then work with your team mates to complete objectives. It's a VR-only experience, and so is only coming to PC and PlayStation 4 for now.

Early responses to the experience have been pretty positive, but Ubisoft says the delay is necessary to "deliver the best game experience possible at launch." We take that to mean that there are more bugs than even Ubisoft is comfortable with right now. To be fair, I played it around two weeks ago and there were indeed a lot of issues with matchmaking and setup. Hopefully the delay gives developer Red Storm Entertainment time to fix it. In the meantime, you've always got footage of LeVar Burton and co. playing to tide you over:

In this article: av, gadgetry, gadgets, gaming
All products recommended by Engadget are selected by our editorial team, independent of our parent company. Some of our stories include affiliate links. If you buy something through one of these links, we may earn an affiliate commission.