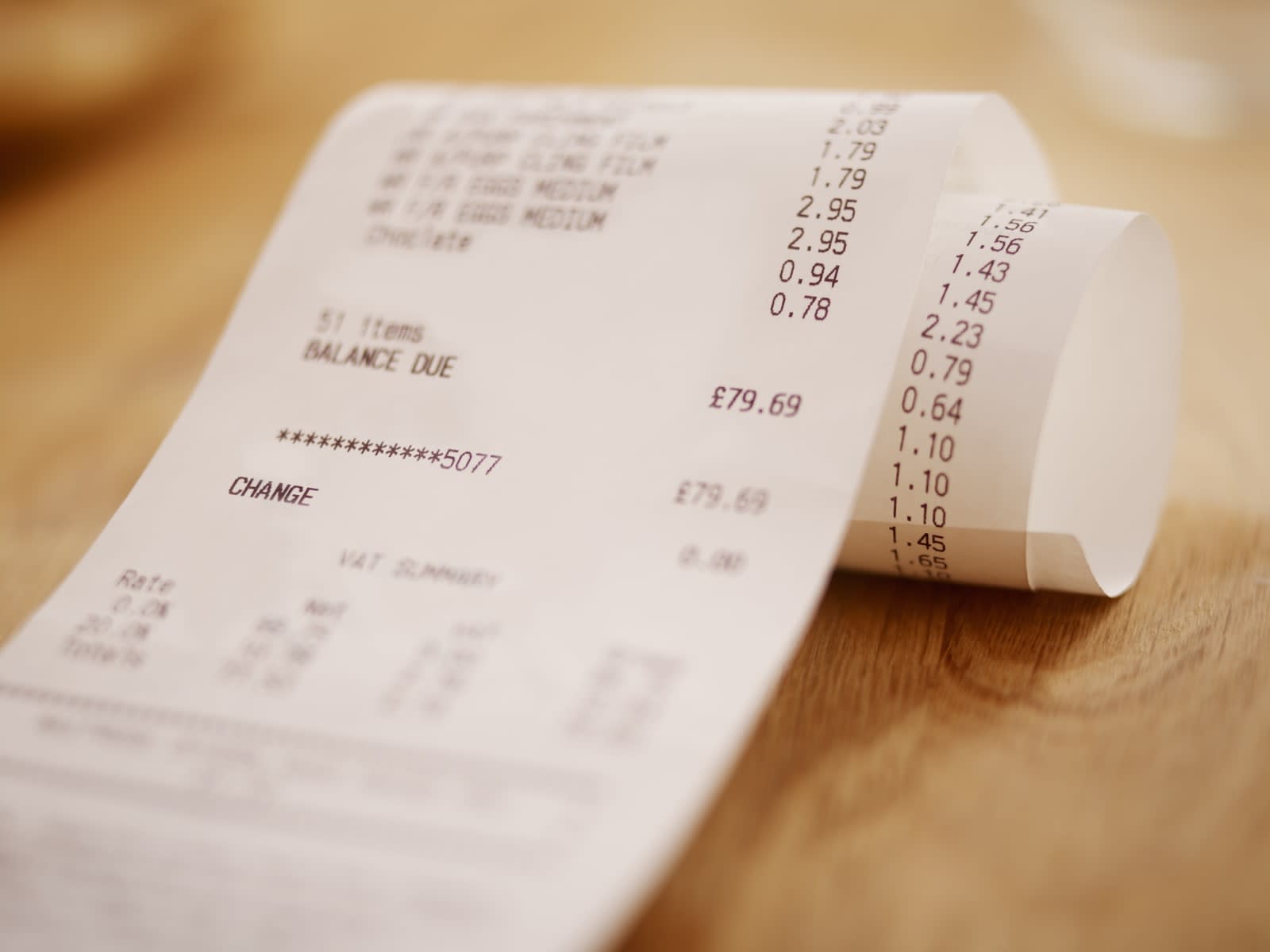 Some receipts are just about worth keeping -- you may have second thoughts on the fit of those new jeans, after all -- but the scrolls you receive at supermarket checkouts are basically just paper waste. Every under-the-kitchen-sink plastic bag has one of these unread companions, but things could get a bit lonelier under there if Tesco's latest tech trial is successful. At one store in Harlow, Essex, the supermarket is testing out a paperless receipt system that skips the printer and sends it straight to your phone instead.

The method is a bit clunky as it stands. Customers are given a unique sticker they pair with a mobile app. They then scan this sticker on a special reader at the checkout, which pushes the receipt to their smartphone, storing it within the app. You know, just in case they want to revisit it later to figure out how they managed to spend £100 on two meals and a bottle of mouthwash -- thanks, Brexit.

Tesco is very keen to stress this is a limited trial scheduled to run until next month, and a wider rollout of the system will only be considered after hearing customer feedback. It's not too much of a stretch to imagine a similar but slicker system being integrated into Tesco's PayQwiq app in the future, though. PayQwiq is Tesco's own mobile wallet service that lets you pay at the checkout by scanning a QR code on your phone's display, also removing the need to carry a separate Clubcard. It's currently supported in 528 stores across London and Edinburgh, but Tesco hopes to expand support nationwide by the end of the year.

In this article: culture, gear, green, mobile, paperless, payqwiq, receipts, supermarket, tesco
All products recommended by Engadget are selected by our editorial team, independent of our parent company. Some of our stories include affiliate links. If you buy something through one of these links, we may earn an affiliate commission.