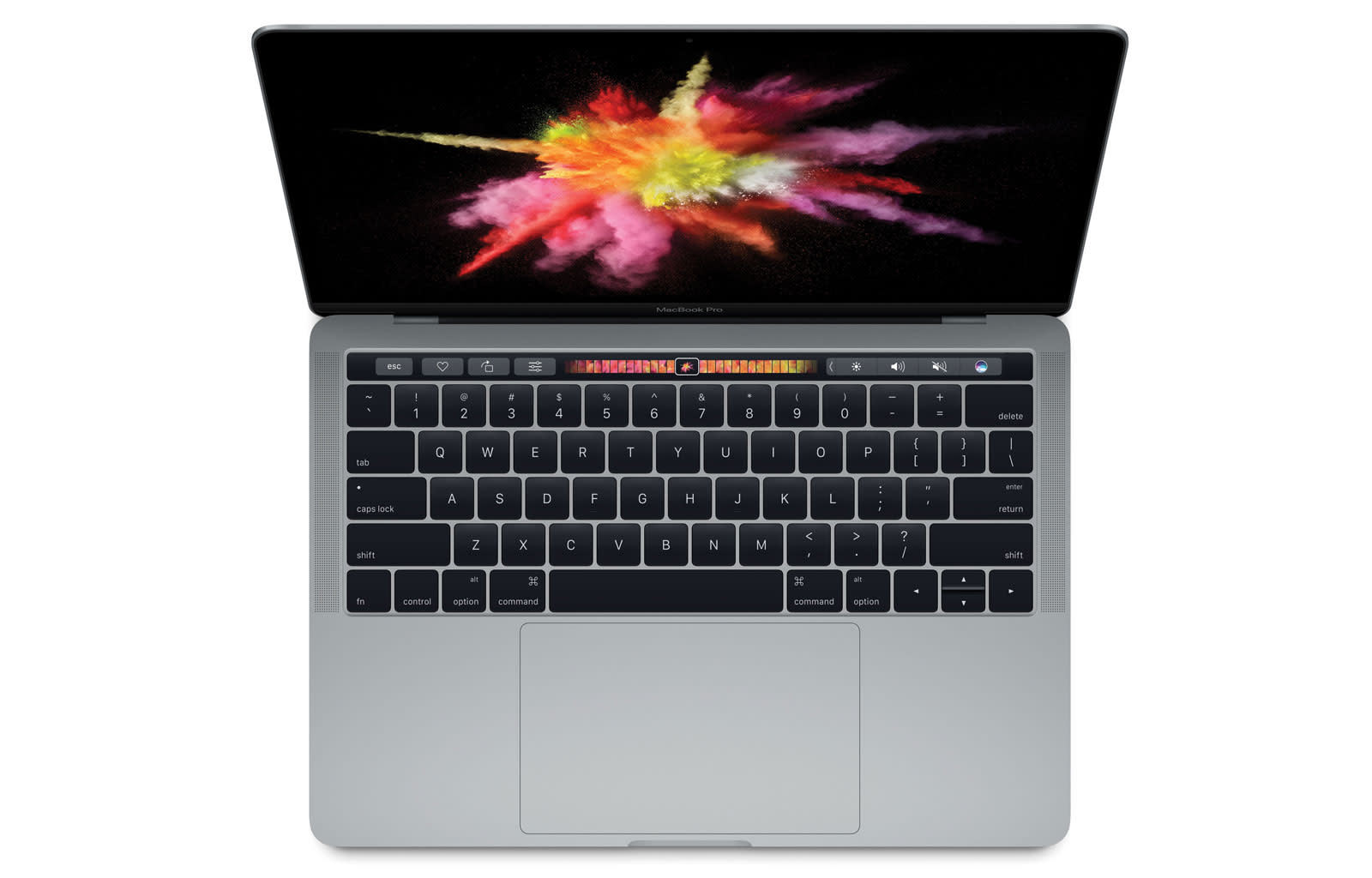 Apple has unveiled its newest line of MacBook Pro notebooks, and true to the leaks, it comes with an OLED strip instead of function keys. As the company's Phil Schiller notes, function keys are a decades-old technology that shouldn't really have a place in a laptop from 2016. In its place, the company is adding a retina display touchscreen (with multitouch) that it's calling the Touch Bar. As well as contextual menus that change depending on what app you're in, the power button on the far right now doubles as a TouchID sensor. These contextual menus will change depending on what software you're using, so when you're inside Mail, you'll get dedicated send buttons in the strip. In photo editing, you'll be offered rotation sliders for making minor adjustments. Final Cut Pro, for instance, will let you scrub through your editing timeline and even push clips around.

You'll also get QuickType suggestions, much like iOS' predictive text keyboard and, should you require the function keys, you just have to hold down the Function key to get them back. In the demo so far, it looks as if the Escape button will remain a permanent fixture on the top left, so you don't have to mourn its passing just yet. It also reminds us of Art Lebedev's old Optimus keyboards that came with customizable OLED keys all the way back in 2008.

Users will also be able to customize their Touch Bar with specific shortcut keys that relate to specific features. For instance, if you wanted to have a screenshot button right in the keyboard, you can click and drag to add that icon to the bar. In many ways, the Touch Bar's buttons crib from iOS, showing you similar icons for answering FaceTime calls and other functions.

Apple is also talking about how this new technology will make your computer (and your personal data) much safer. After all, you can now securely lock your MacBook Pro with your fingerprint, with the data held in a piece of hardware called the T1 Chip. That's the iPhone-esque "Secure Enclave," which is designed to keep your fingerprint and Apple Pay data safe. TouchID will also enable multiple users to keep their partitions on the device separate, good for devices owned by budget-conscious businesses.

In this article: Apple, applefall2016, gear, MacBook, MacBookAir, MacBookPro, personal computing, personalcomputing
All products recommended by Engadget are selected by our editorial team, independent of our parent company. Some of our stories include affiliate links. If you buy something through one of these links, we may earn an affiliate commission.