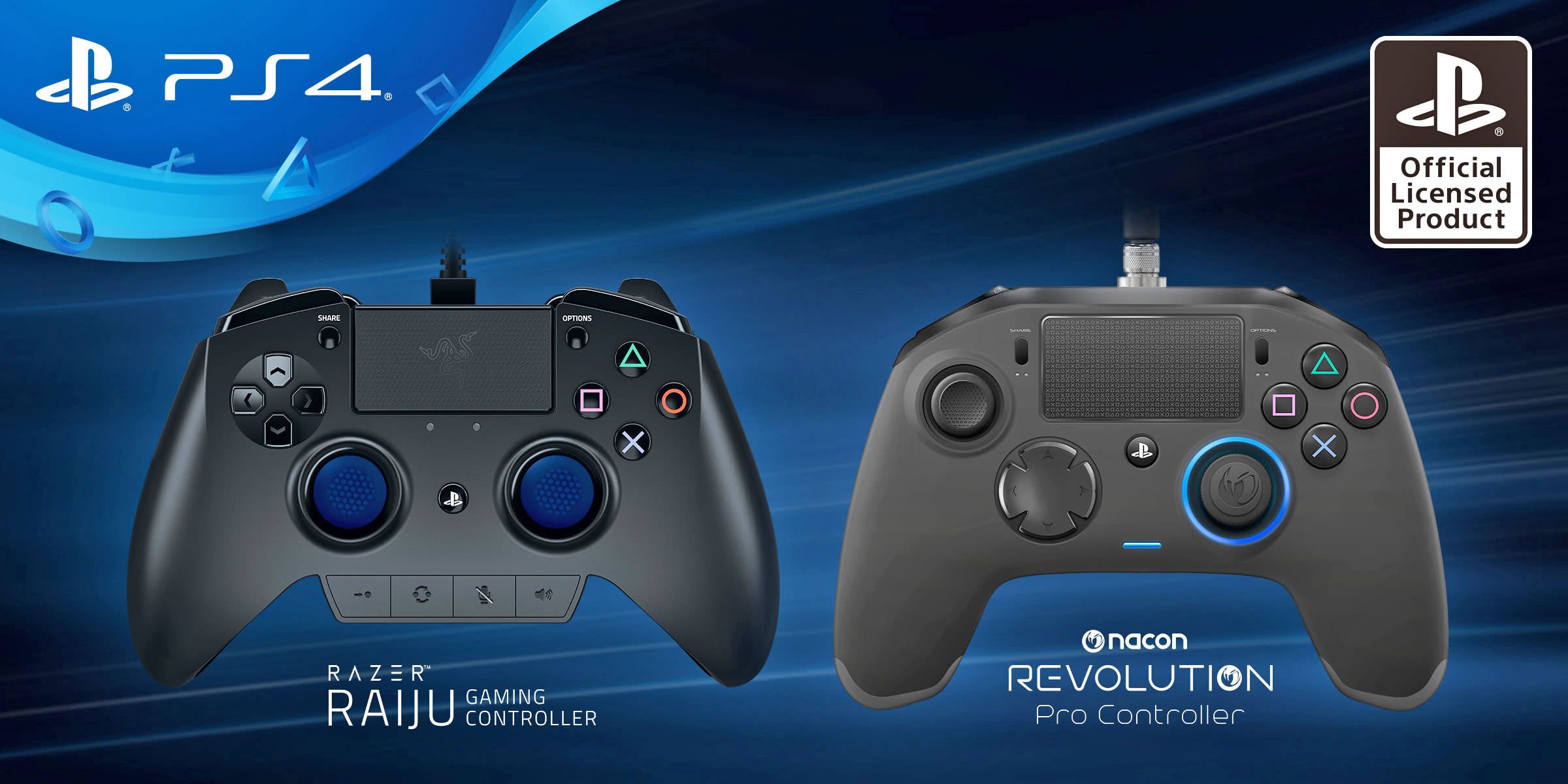 The Xbox One has the Elite gamepad to satisfy the platform's pro gamers or people who just want a really nice gamepad. But Sony fans are stuck with a controller that's barely changed since the Playstation 4 launched in 2013. Rather than crafting one itself, Sony has announced it's working with the folks at Razer and Nacon to develop a pair of tournament-ready sticks.

Like the Elite pad, these sport features like extra triggers and customization, but each handles the new bits differently. The Raiju ("thunder beast") offers trigger stops for quicker firing; extra bumper buttons; two extra, detachable triggers; custom button mapping with two onboard custom profiles, removable analog stick caps and wired connectivity via a detachable USB cable. Oh, there's a control panel built into the controller too. Honestly, in terms of design it looks quite a bit like an Xbox One controller with the headset adapter attached.

Then there's the Revolution from Nacon. Perhaps the biggest difference here aside from customizable weight; four button profiles and a quartet of shortcut buttons is the stick placement. The left analog stick and d-pad swap positions, so instead of the two sticks being next to each other they're offset -- like an Xbox controller. Another difference is that the sticks have 46 degrees of amplitude and are "enhanced with innovative firmware for advanced eSports accuracy and reach." Like the Raiju, this one is wired as well.

Why? Because too many wireless signals in a given room -- like at a tournament -- can play havoc in the heat of the moment. Plus, running wireless adds a tiny bit of lag between your fingers and the console. With how much both of these resemble Xbox One controller, it's kind of telling that the eSports community doesn't particularly care for the DualShock 4's design. The downside is that despite how good these look, if you were hoping they't fix the DualShock 4's biggest weakness -- battery life -- you're probably out of luck.

Price wasn't given, but considering how much other custom controllers cost, don't expect these to be cheap when they come out later this year in Europe.

In this article: CompetitiveGaming, controller, dualshock4, esports, gadgetry, gadgets, gamepad, gaming, gear, nacon, playstation, playstation4, ps4, raiju, razer, sony, sonyinteractiveentertainment, xboxone, xboxoneelitecontroller
All products recommended by Engadget are selected by our editorial team, independent of our parent company. Some of our stories include affiliate links. If you buy something through one of these links, we may earn an affiliate commission.