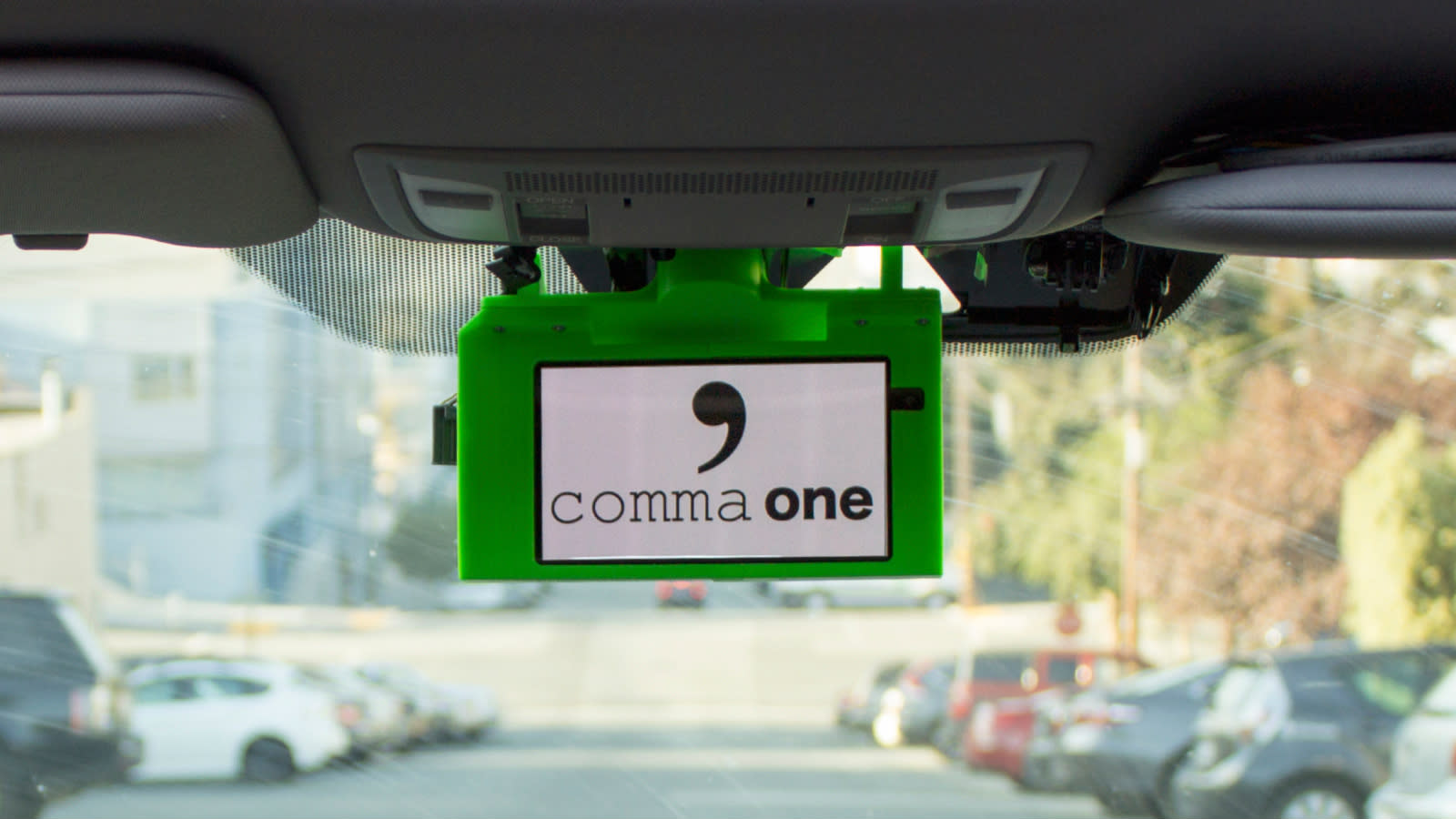 George "Geohot" Hotz, PlayStation and iPhone hacker extraordinaire, has canceled production on Comma One, a $1,000 aftermarket add-on that he said would allow some cars to operate semi-autonomously. He claimed the tech was "about on par" with Tesla's Autopilot and it used cars' video feeds to navigate the roads. It was due to start rolling out at the end of this year. But, after receiving a special order from the National Highway Traffic Safety Administration today, Geohot decided Comma One wasn't worth the paperwork.

Geohot said on Twitter that the special order opened "with threats" rather than an attempt at dialogue. "Would much rather spend my life building amazing tech than dealing with regulators and lawyers," he tweeted just before officially canceling the Comma One. "It isn't worth it."

The comma one is cancelled. comma.ai will be exploring other products and markets. Hello from Shenzhen, China. -GH 3/3

The letter and special order sent to Geohot by the NHTSA outlined the administration's role in overseeing the safety of motor vehicles and asked for detailed answers to 15 questions about how the Comma One would work.

"We are concerned that your product would put the safety of our customers and other road users at risk," the letter said. "We strongly encourage you to delay selling or deploying your product on the public roadways unless and until you can ensure it is safe."

The NHTSA asked for Geohot to submit his answers by November 10th. The one line that could reasonably be construed as a threat, as Geohot called it, was the following: "If you do not timely or completely respond to the Requests in the Special Order, you may be subject to civil penalties of up to $21,000 per day." The letter closes with contact information for a member of the NHTSA legal staff.

When Geohot revealed the Comma One in September, we were impressed but understandably skeptical. His company, Comma.ai, seemed to be moving remarkably quickly -- perhaps that's because Geohot skipped some of the standard paperwork.

In this article: autonomous, autopilot, comma.ai, commaone, diy, do it yourself, doityourself, gadgetry, gadgets, gear, Geohot, GeorgeHotz, mobile, NHTSA, robots, SelfDriving, transportation
All products recommended by Engadget are selected by our editorial team, independent of our parent company. Some of our stories include affiliate links. If you buy something through one of these links, we may earn an affiliate commission.