The bottom line: Our quick verdict on the PlayStation VR

It doesn't matter that it's less immersive than rival headsets.

And then there were three. The PlayStation VR went on sale earlier this month, making it the third big-name tethered VR headset to arrive this year. Though it's less immersive than either the Oculus Rift or HTC Vive that came before it, the PSVR is compelling for an entirely different set of reasons. It's cheaper than the competition, for one, with a starting price of $400.

Secondly, look at all the content available for it! The PSVR launched with 30 compatible games, and Sony promises that number will grow to 50 by year's end. And that includes some major franchises too, including Batman and Resident Evil. Not only are these games people will want to play, but the gear you need to experience them -- a PS4, PlayStation Camera and Sony's "Move" motion controllers -- are already in millions of homes. Equally important, the PSVR is comfortable to wear -- something we haven't been able to say about every headset we've tested. That's the bottom line, but if you're craving a little more, find our full review here. 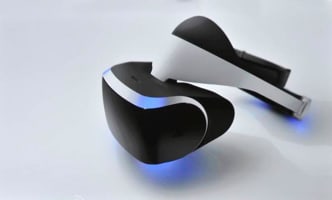