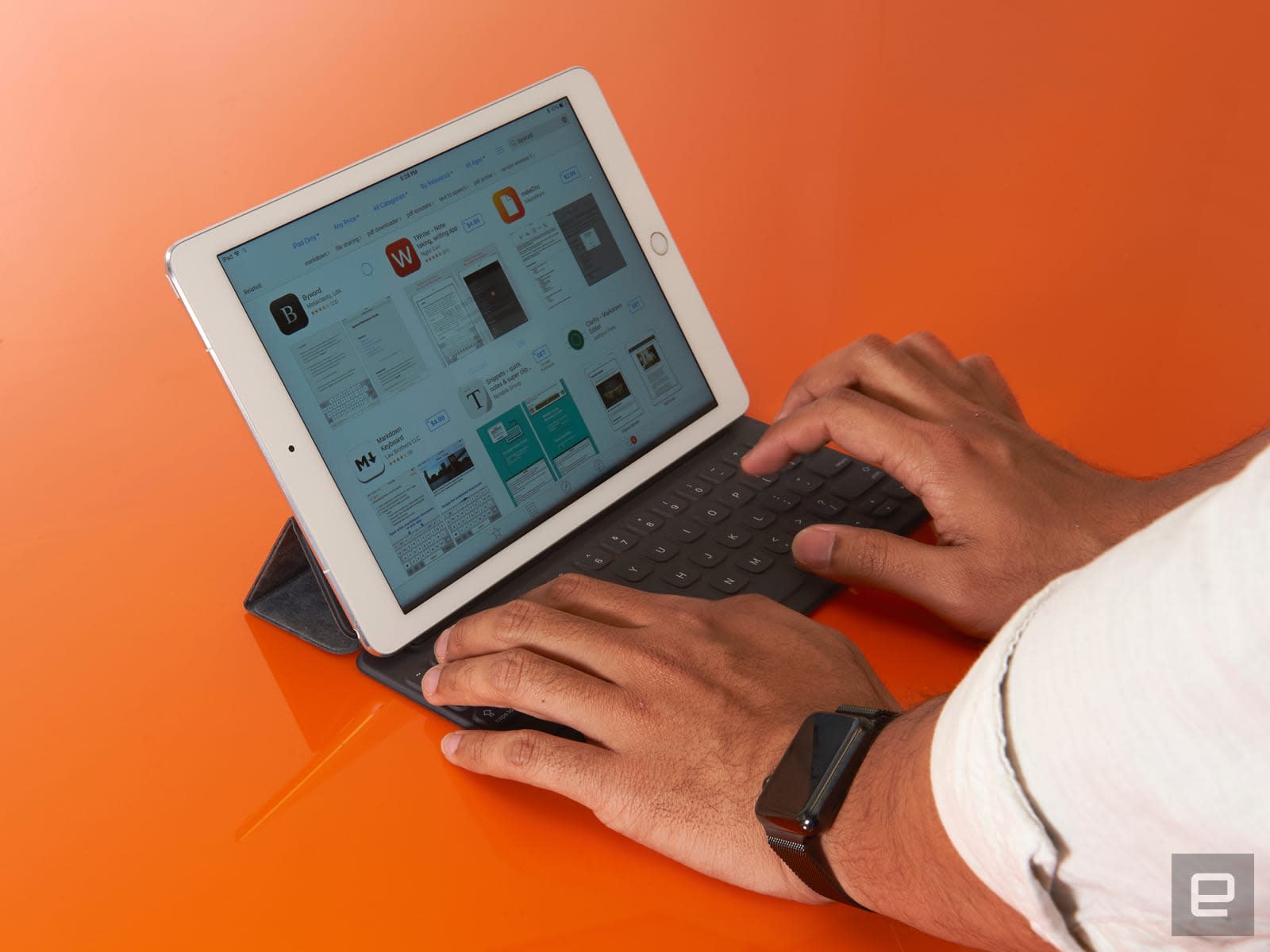 Apple's share of the tablet market has been sliding for a while, but it's making a comeback... if not for the reasons the company might prefer. Strategy Analytics estimates that the iPad climbed from 19.1 percent of the market in the third quarter of 2015 to 19.9 percent a year later. However, that's mainly because the market as a whole shrank 10 percent. The analysts believe that many tablet manufacturers' shipments dropped year-to-year, and that Apple simply experienced a smaller decline than most. The one major exception is Amazon, whose $49 Fire tablet helped its shipments more than double.

This doesn't necessarily mean that Apple is on the wrong track. Strategy Analytics argues that the iPad Pro line puts Apple "on the path to recovery" by giving the company a laptop-like tablet that wasn't an option before. However, it does show that Apple is consciously veering away from the strategies of its peers. Many of its Android rivals are shifting attention to 2-in-1 Windows tablets, like Lenovo's Yoga series or Samsung's TabPro S. Researchers say that Windows hybrid and tablet shipments jumped 25 percent year-over-year in the third quarter -- some of those are bound to be from companies no longer convinced they can sell Android tablets as full-on computer substitutes.

The data suggests that the tablet market isn't so much dying as maturing. Basic mobile tablets will still have an audience among those who just want to read books or watch video, but higher-end slates are taking hold. People want "everyday computing devices" that really can fill in for a conventional PC, according to analysts, and they're willing to pay more for these devices.

In this article: amazon, android, apple, gear, huawei, ios, ipad, lenovo, marketshare, microsoft, mobile, q32016, samsung, StrategyAnalytics, tablet, windows
All products recommended by Engadget are selected by our editorial team, independent of our parent company. Some of our stories include affiliate links. If you buy something through one of these links, we may earn an affiliate commission.