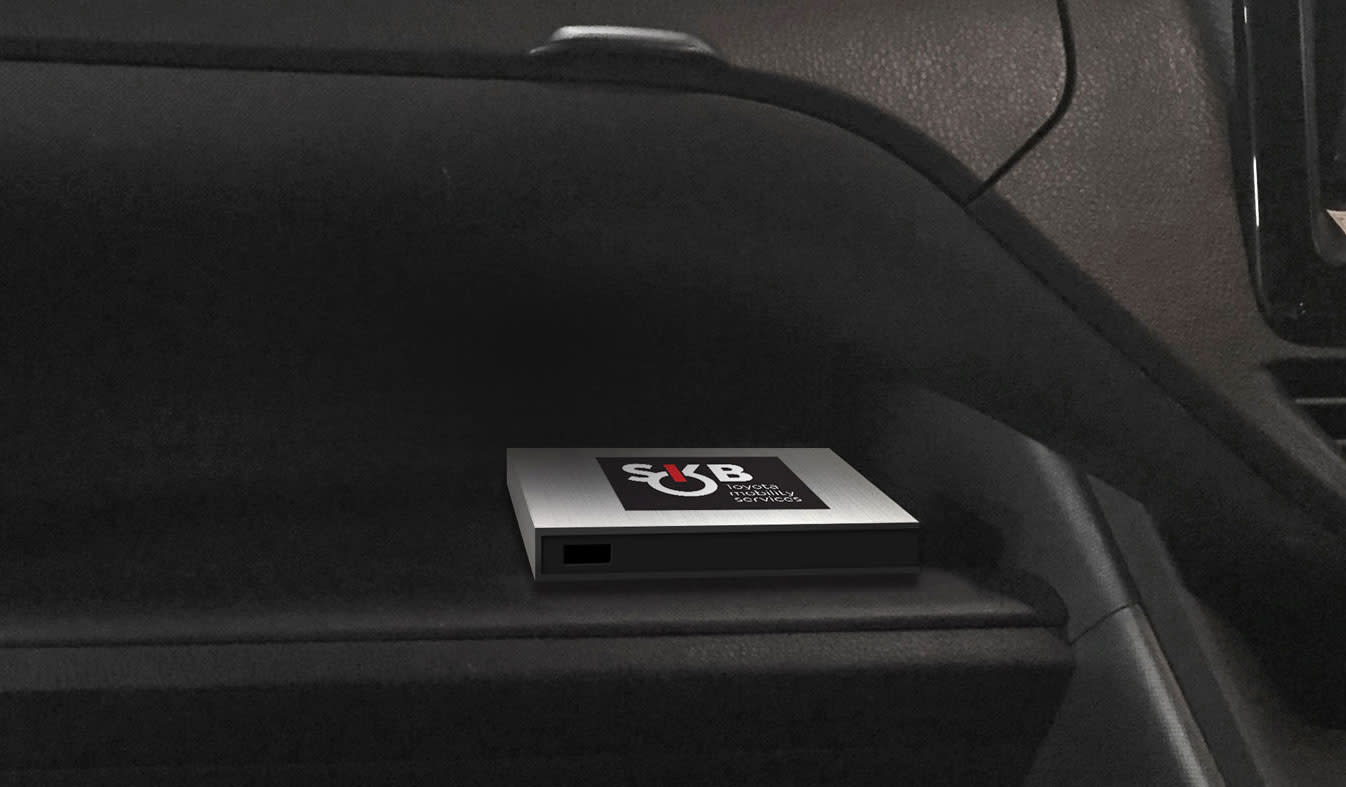 ZipCar-style car sharing services, where you pay to rent a vehicle by the hour, are already a thing across much of the US. But Toyota is looking into the idea of individuals being able to lease out their own cars on an hourly basis to make some extra cash. The manufacturer has teamed up with a startup called Getaround to begin a limited trial of the proposition at the start of next year. In order to make that work, however, the company has had to work out an easy way of enabling third parties to access your ride. That's where the Smart Key Box, or SKB, comes in.

The Smart Key Box is a new gadget from Toyota that's designed to be installed into your vehicle with almost no muss or fuss. It's essentially a way of avoiding having to hand your key to strangers, who instead will get a code sent to their smartphones. That device will then interact with the SKB over Bluetooth, enabling them to open the doors and start the engine at the tap of a screen. Toyota's Smart Center will manage the marketplace element of this, and will manage the reservation system on behalf of the users.

The pilot program will take place in San Francisco this January, and will also involve a leasing program for users who pay off their lease with car-sharing charges. If successful, Toyota will consider expanding the service to other places, including Japan. After all, some of its biggest rivals are already working on competing products, such as GM's Maven service.

In this article: CarSharing, culture, gear, Getaround, SanFrancisco, SKB, SmartKeyBox, Toyota, transportation
All products recommended by Engadget are selected by our editorial team, independent of our parent company. Some of our stories include affiliate links. If you buy something through one of these links, we may earn an affiliate commission.