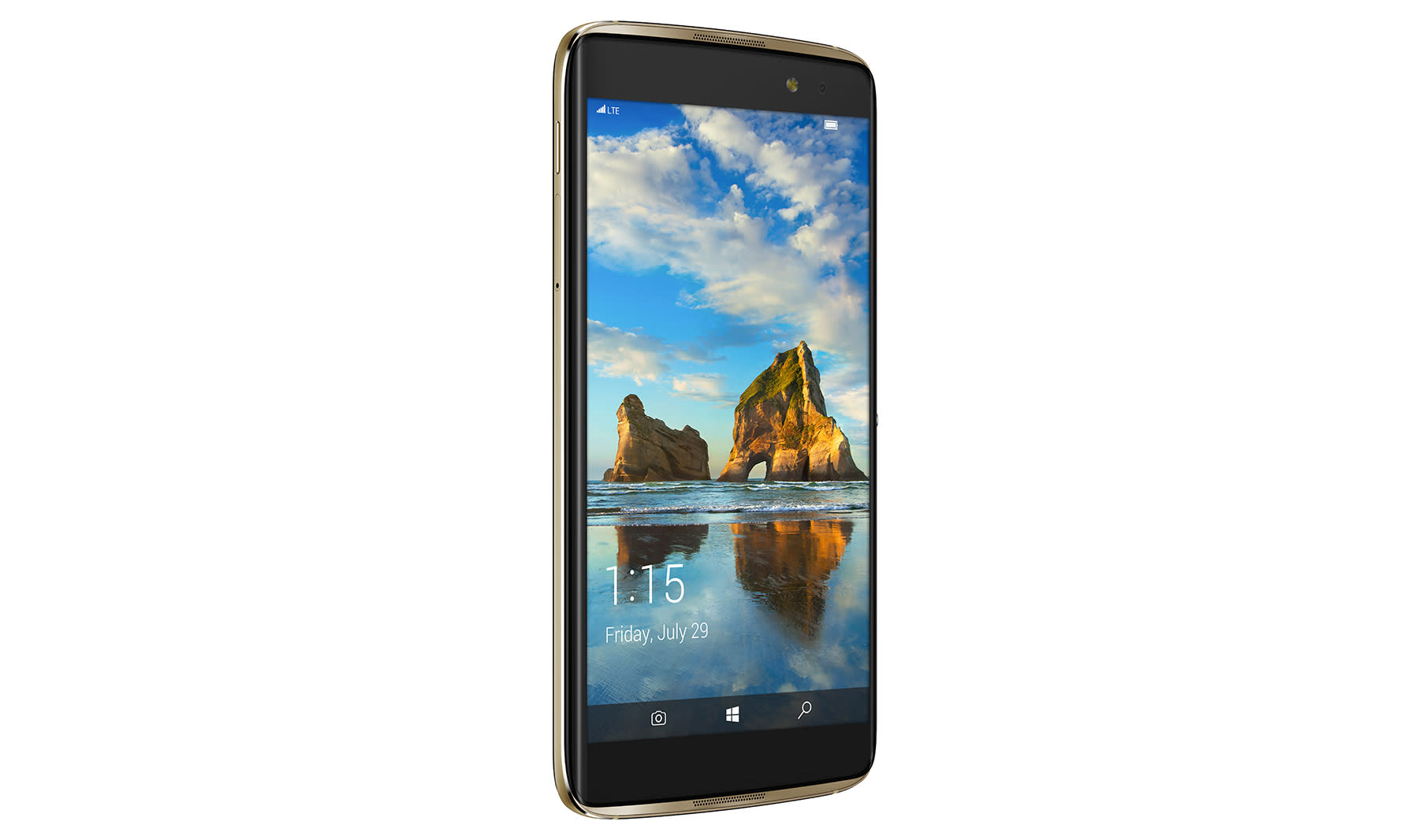 An upgraded version of Alcatel's Idol 4S smartphone will soon be available with Windows 10 Mobile in the US. T-Mobile will be stocking the unique handset, which comes with a Snapdragon 820 processor (a marked improvement over its Android predecessor), 4GB of RAM and 64GB of internal storage. You'll be controlling Microsoft's colorful software on a 5.5-inch, 1080p display, which can easily turn into a desktop-lite experience thanks to Continuum. The fingerprint sensor on the back, meanwhile, works with Windows Hello, giving you secure unlocks. Otherwise, it's an attractive but unremarkable device to showcase the flagging mobile OS.

Like the Android version, the new Idol 4S comes bundled with a VR headset. Microsoft teased an expansion of its HoloLens platform, Windows Holographic, at Computex back in May, allowing third parties to create headsets that offer AR and VR "mixed reality" experiences. Last week, Microsoft teased the first batch hardware from HP, ASUS, Lenovo, Dell and Acer. How that initiative translates to mobile is, for now, a bit of a mystery. Microsoft has teased some "three-dimensional games" and "360-degree videos," which we suspect will entertain but have little lasting appeal.

If you're interested, the Idol 4S with Windows 10 will be available from November 10 for $469.99. It's one of the few devices to support the platform, besides the HP Elite X3 and Microsoft's scattershot Lumias.

In this article: alcatel, gear, idol4s, microsoft, mobile, virtualreality, vr, windows10, windows10mobile
All products recommended by Engadget are selected by our editorial team, independent of our parent company. Some of our stories include affiliate links. If you buy something through one of these links, we may earn an affiliate commission.