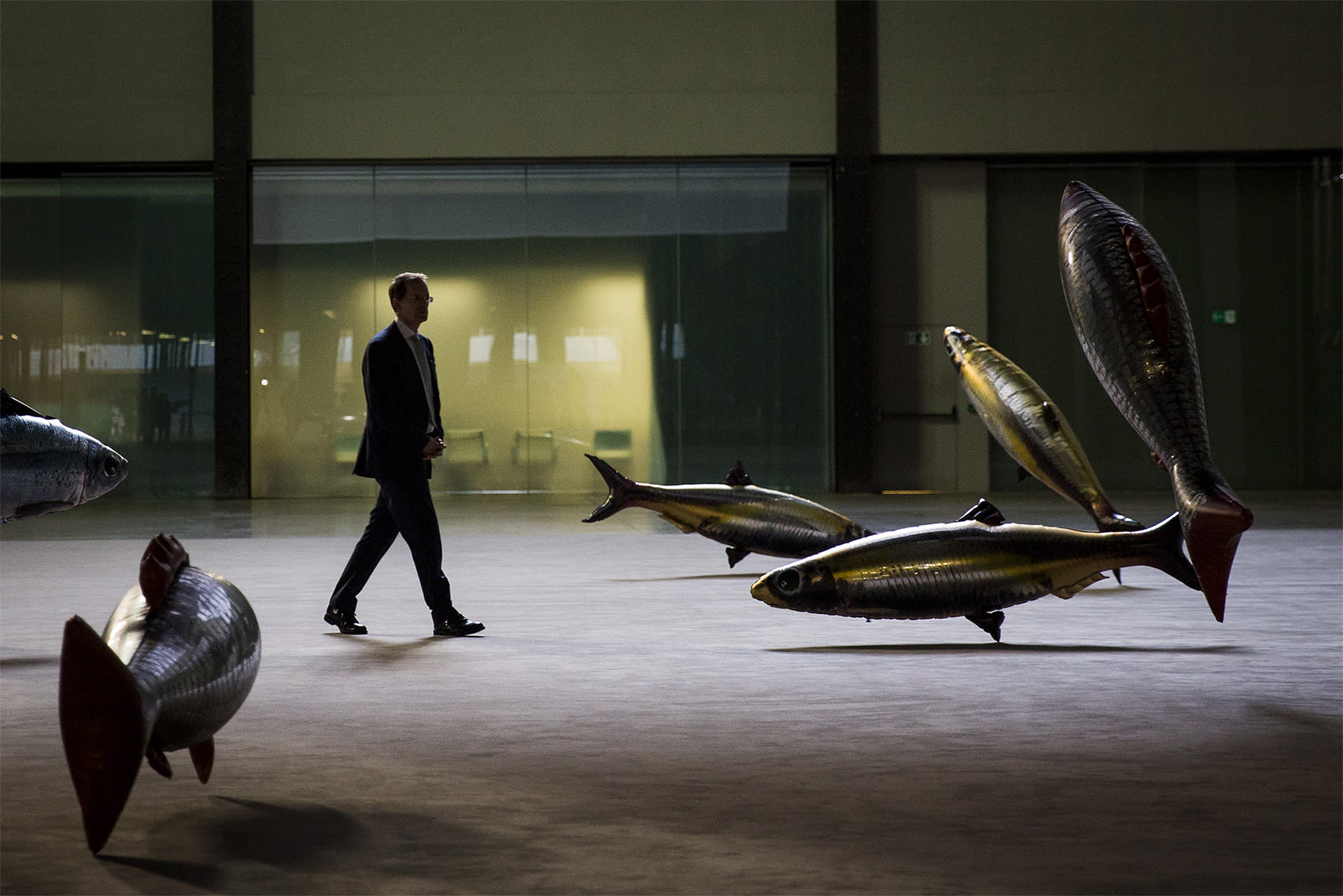 An artwork controlled by a colony of bacteria

The Tate Modern's Turbine Hall has always been a vacuous space. Five storys high, with 35,000 sq ft. of space for artworks, it's been home to some of the London museum's most memorable exhibitions. Its latest, by sheer spirit of invention, is no exception.

Anywhen is an immersive artwork by French avant-garde artist Philippe Parreno. Billed as an exhibition that challenges your perception of time and space, it's essentially, as The New Scientist puts it, a "factory-sized [children's] mobile." It features an ever-changing mix of sound, light and shadow, augmented by fish-shaped balloons, a transforming array of suspended speakers and a cinema that seemingly appears at random.

Except, it's not random. The individual elements of Anywhen are at the whim of bacteria. Bioreactors sit in the corner of the Turbine Hall, housing a colony of yeast cultures. Data on the colony's movements, temperature and growth is being collected by scientists from University College London, and is fed into an algorithm that controls the artwork's many elements. As the cultures mature over the course of the exhibition, they'll forever change the patterns that play out. The artwork a visitor to the Tate Modern will see today will not be the artwork on display next year.

This isn't the first time that Parreno has experimented with bacteria for art. Back in April he collaborated with Barbara Gladstone for a New York show that also utilized bioreactors. Speaking to The Art Newspaper, Parreno explained that he "liked the idea that this colony of bacteria can actually control your surroundings and affect the huge space of the Turbine Hall." While he created each element, the moments that visitors will experience are being dictated by the colony. "The bacteria that control your surroundings by responding to information coming from its surroundings."