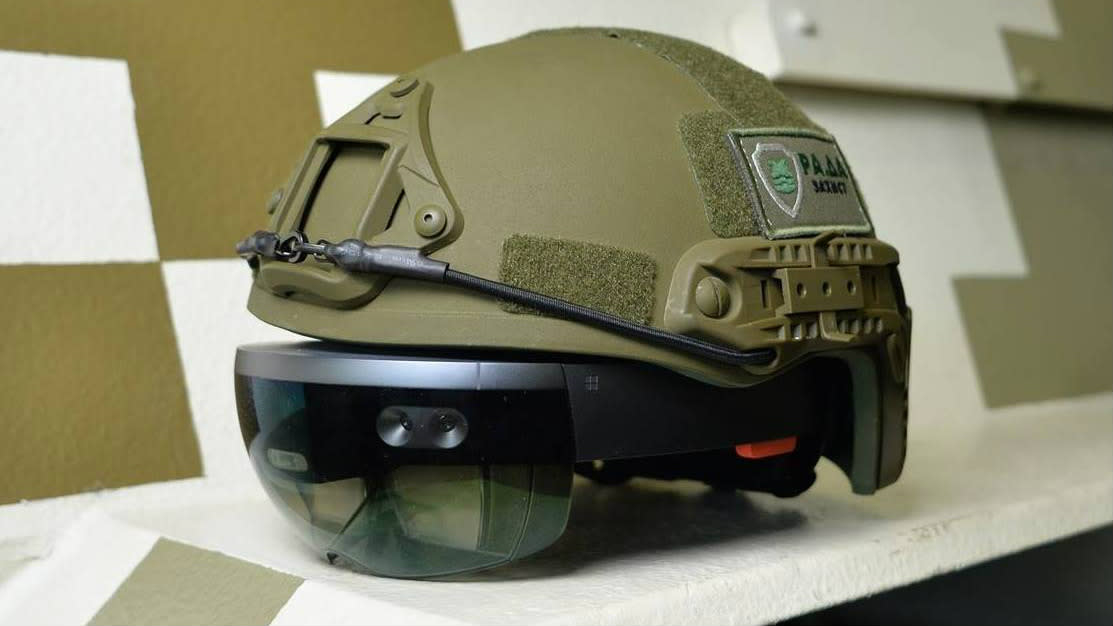 It's not easy to see out of a tank (that's the point) but in order to be effective on the battlefield, their crews need to know what's going on around them. Modern tanks often have a variety cameras mounted to their exteriors to help the soldiers inside get a better view but crews still have to rely on monitors in the cabin to see out. However, a new HoloLens-enabled helmet from Limpid Armor can give tank commanders a better view of their surroundings just by turning their heads.

The helmet, dubbed the Circular Review System (CRS), sets a HoloLens headset directly onto the front of its frame. Video feeds gathered from the tank's exterior cameras are stitched together and displayed through the headset as a "mixed reality" view to the wearer. With it, tank crews are afforded a 360-degree view of the situation in both the visible and infrared spectrums. Not only that, the CRS can tag enemy and friendly soldiers, designate targets and feed critical information to the commander.

Limpid Armor debuted the Limpid Armor in mid-October at the Arms and Security show held in Kiev. The company has not yet tested the helmet outside the lab, however, the Ukraine military has expressed interest in the technology so, given the region's heightened tensions surrounding Russia's illegal annexation of the Crimean peninsula, expect for field tests to come quickly.

In this article: Crimea, gear, hololens, microsoft, Microsoft HoloLens, military, security, ukraine, war
All products recommended by Engadget are selected by our editorial team, independent of our parent company. Some of our stories include affiliate links. If you buy something through one of these links, we may earn an affiliate commission.