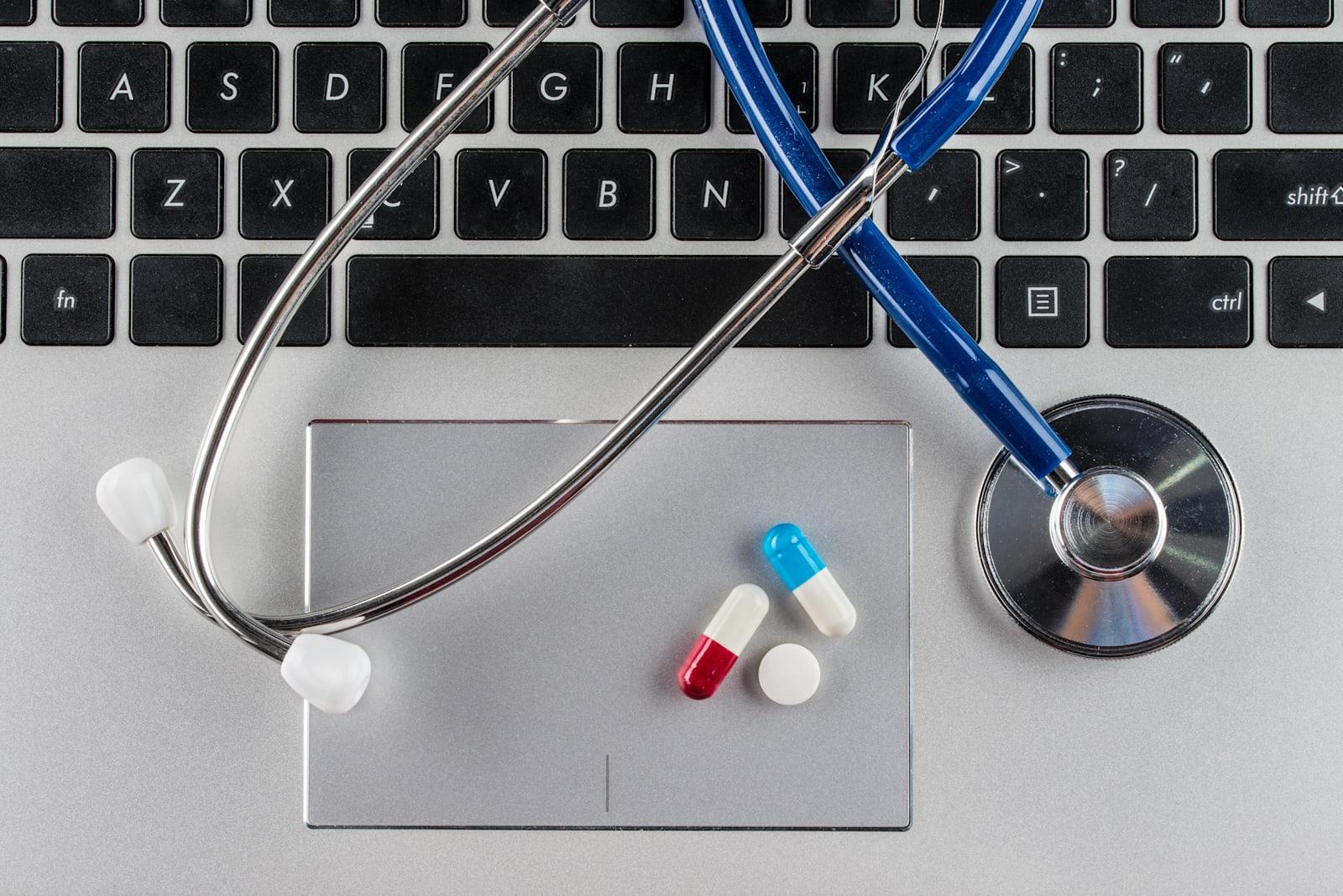 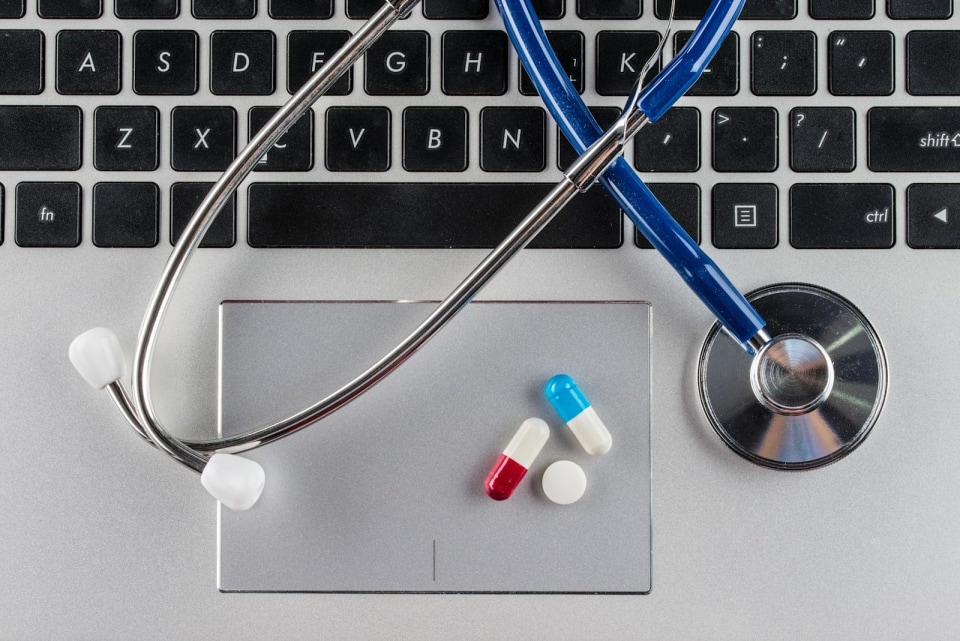 This time last week, I was writhing in pain.

I had a minor surgery a while back that left me susceptible to infections. This doesn't happen very often -- four times over the past decade -- but when it does, it's not fun. One side of my face swells grotesquely, brimming with pus deep within. Positioned equidistant between my mouth and temple, this swelling brings on major headaches and makes eating painful. I get a black eye, and, if left unchecked, that eye gets forced shut. Without going into more detail, it's very unpleasant.

In the past, I've caught these infections as they were brewing and managed to stop the worst of the symptoms from ever materializing, but last week I was certain I was just getting headaches. By the time swelling started to appear late on Thursday night, it was too late.

In addition to the rapidly growing pile of leukocyte corpses buried in my cheek, I had another problem: I recently moved to a new apartment. Because I'm bad at life, I hadn't registered with a new GP (a general practitioner, the Brit version of a primary care physician). That meant I had two options: either travel back to where I used to live to see my GP, or register at a new clinic and wait a couple of hours to be seen.

I'm based in London and work the "overnight shift" at Engadget, making sure the site doesn't catch fire while my US colleagues are asleep. That means I work with a smaller team than a writer in New York does, and last Friday we had a couple of other people out of the office as well. If I were dying, I'm sure they could have done without me, but taking three hours off work just wasn't practical.

And so I sat, stuffed full of ibuprofen, paracetamol and codeine, yet inexplicably still in pain. Then my colleague Matt Brian suggested I see an "app doctor."

Apps and sites that let you virtually talk with a medical professional are pretty common. After a little Googling around for comparison, I settled on "Push Doctor," a UK service that had a couple of good write-ups and (more important, if I'm being honest) a large introductory discount for what is a premium service. After registering, I booked an appointment, which was as simple as you'd expect: I was presented with a list of available slots, with the earliest in my case being eight minutes away (appointments run from 7 AM to 10 PM, seven days a week).

The appointment felt no different from a regular checkup.

With my slot reserved, I then had two options for the appointment: download an app on my phone or use my browser. I chose the latter. The actual appointment felt no different from a regular checkup. Through video chat, I explained my complaint and was asked the usual array of follow-up questions. When I registered, I gave the doctor access to my National Health Service (NHS, the UK's public health authority) records, so I assume they were able to verify that this was a repeat condition. The only thing that didn't happen was a doctor poking at the swelling, asking me how it felt, and so on. Instead I was asked to do that poking myself and report back on the sensation.

The "examination" and questioning took around five minutes. After asking more questions about allergies and whether I was taking any other medication or recreational drugs, the doctor prescribed a short course of metronidazole (an antibiotic/antiprotozoal medication, often marketed as Flagyl). Upon doing so, a prompt popped up in front of the video stream, asking me to accept Push Doctor's charge of £6.50 (around $8) for writing the prescription. I did so, and shortly after that the call ended. To be honest, I'm not entirely sure the video chat was necessary in this case -- it's not like I had a rash to show or anything like that -- but the "face to face" aspect did help build trust.

Around a minute later, I received a phone call from Push Doctor asking where I wanted to pick up my medication, and I chose a pharmacy about 350 yards from my desk. Fifteen minutes later, they called again to say my order was ready. I wandered to the pharmacy, paid another £8.40 ($10.50 -- the standard UK rate, which is waived if you're elderly or young or qualify in other ways) for the meds, and went home. The entire process -- from booking the appointment to getting home and popping the first of many pills -- took about 45 minutes, of which only 20 required me to put my deadline on hold.

A charge of £15.90 is considerably more expensive than seeing my regular GP, who wouldn't have charged me anything, leaving me with just an £8.40 pharmacy bill. Take off the discount and next time I try the service it's likely I'll be paying around £26.50 ($33) for the convenience. But it was so convenient. I didn't have to spend several hours away from work, sit among sick people and be prodded by a stranger. I didn't need to wait while the pharmacy saw to my paper prescription -- it was just there waiting for me.

I'm not sickly enough to need it, but Push Doctor also offers a subscription service: £20 a month covers unlimited appointments, prescriptions, referral letters and sick notes. If I had an ongoing medical concern, I would definitely consider it, but I typically visit the doctor once a year, and my employer offers a yearly physical as a perk.

So here's the thing: The UK has a universal public health care system that's mostly funded by taxes. Visiting the doctor, hospital or a specialist is typically free, with nominal charges for prescriptions only. Right now, these apps offer private health care, when every UK citizen has public health care rights.

To be clear, many of the doctors on this and other services are NHS GPs, who are essentially working a second job to make some extra money. Push Doctor is, however, approved as a way for NHS doctors to give (free) remote consultations to their patients. There obviously isn't a huge uptake for this yet, but online checkups through the public health service could be commonplace one day.

I honestly don't think I'll see a GP in the flesh ever again.

In the US and other countries, apps like DoctorOnDemand, HelloMD and LiveHealth perhaps make immediate sense for more than just the rich or the overworked. If your insurance company will cover the cost of seeing a virtual doctor, there's a much lower barrier to entry.

After my experience with a virtual doctor, I'm totally sold on the idea. I won't always be this young, and at some point in my life I'm going to be hospitalized. I'm going to see specialists. I'm going to need physical examinations. But for the regular malaise that strikes us all from time to time, or any condition that just needs a few pills to solve, I can't see myself visiting a clinic.

I'm definitely going to try a few other services to see how they compare, hopefully taking advantage of some more introductory discounts while I'm at it. Maybe I'll find a better service than Push Doctor, but the basic premise is likely to be the same. It makes elegant and intelligent use of everyday technologies like videoconferencing and digital medical records to give me 24/7 (okay, 15/7) access to a doctor with just a few minutes' notice, no matter where in the country I am. I honestly don't think I'll see a GP in the flesh ever again.

Oh, and by the way, my face is fine now.

Update: In response to a number of questions and concerns from medical professionals I wanted to give more information on the consultation and the treatment.

Applications like Push Doctor are never going to be an end-to-end healthcare service -- they simply act as a point of contact for medical issues. Had my condition been different, I could've been referred to a local clinic, a specialist or a hospital. For me, being able to talk to an NHS-trained doctor over an application as a first course of action for complaints is extremely useful.

Engadget is not a medical journal, so the article is admittedly fairly light on detail. My description of the symptoms (closed eye, extreme swelling), was an "end-game" from a few years ago, when I was very ill and nearly hospitalized. The swelling in this case was early stage. The doctor asked if I had any signs of fever, if I had general aches and pains not local to the swelling, and many other questions. They made a judgement based on the extent of the swelling, my medical history and my answers to their questions.

After the examination, I was given the same treatment I'd been given before for this condition: a three-day antibiotic course. This came together with strict instructions on what to do, and on how to monitor progress. I was told to call back, visit a doctor, or go to a hospital if my recovery was not going exactly as planned. I was also advised to see a doctor once the course was done, even if the treatment was going well, to explore options to reduce my risk of infection in the future.

The doctor was also armed with the knowledge that I was set to travel away from London imminently, and would be unlikely to seek treatment until the Monday after. Had I not received immediate treatment, it's more than likely that the infection would have developed into something far more nefarious.

I can completely understand why, given the limited information on offer, some people were worried that this doctor acted irresponsibly or incorrectly. I can assure you they appeared to follow best practices and were very careful to inform me of my options for treatment, and the risks involved. They understood the condition, and made the same call that my real-life GP had made, successfully, in the past.

In this article: appdoctor, culture, doctorapp, editorial, medicine, pushdoctor, science, services, telehealth, telemedicine, uk-feature, virtualmedicine
All products recommended by Engadget are selected by our editorial team, independent of our parent company. Some of our stories include affiliate links. If you buy something through one of these links, we may earn an affiliate commission.
Share
Tweet
Share