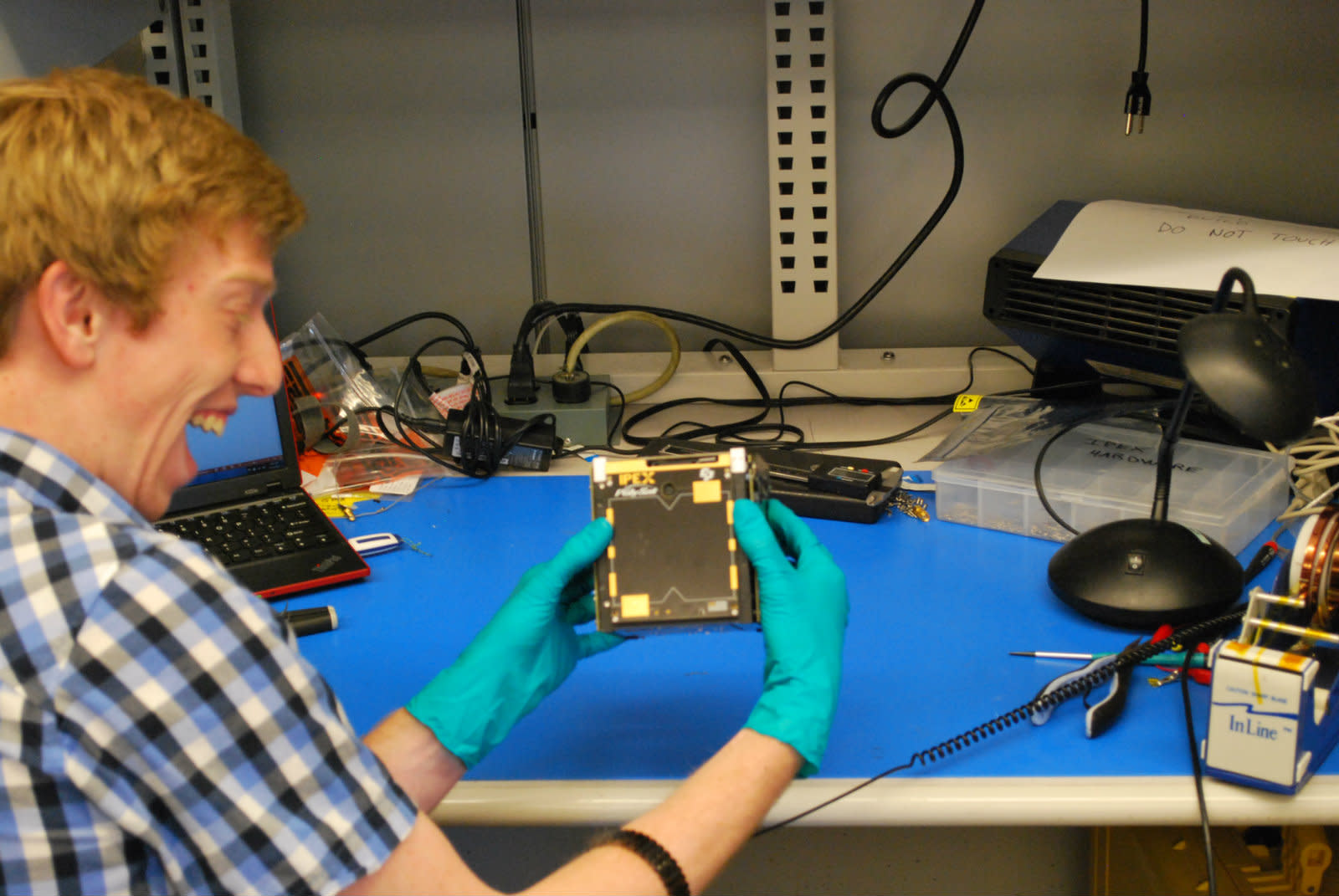 NASA announced its plans to deploy multiple swarms of tiny weather-sensing, climate change-observing satellites over the next few months during a teleconference held on Monday. The satellites will not only help advance climate science but also enable them to build the next generation of "small-satellites" for far less than they do today.

The space agency plans to launch three such missions, two by the end of the year: The Cyclone Global Navigation Satellite System (CYGNSS) mission, which is slated for December 12th, will put eight identical "cube satellites" into orbit where they will monitor tropical storms and improve weather forecasting efforts.

The Radiometer Assessment using Vertically Aligned Nanotubes (RAVAN) project, on the other hand will launch in late November, launching three satellites which will monitor greenhouse gasses. NASA hopes to eventually launch an Earth-covering array of RAVAN satellites to assist in climate change research.

A third program, for which a launch date has not yet been set, is Time-Resolved Observations of Precipitation structure and storm Intensity with a Constellation of Smallsats or, if you squint real hard, TROPICS. These satellites will measure the temperature and water vapor concentration of storms.

NASA hopes that these missions are just the start. The space agency inaugurated the CubeSat Launch Initiative last year. Eventually, these miniaturized satellites could be deployed to the moon, Mars and beyond.

In this article: ClimateChange, cubesat, Mars, NASA, science, space
All products recommended by Engadget are selected by our editorial team, independent of our parent company. Some of our stories include affiliate links. If you buy something through one of these links, we may earn an affiliate commission.