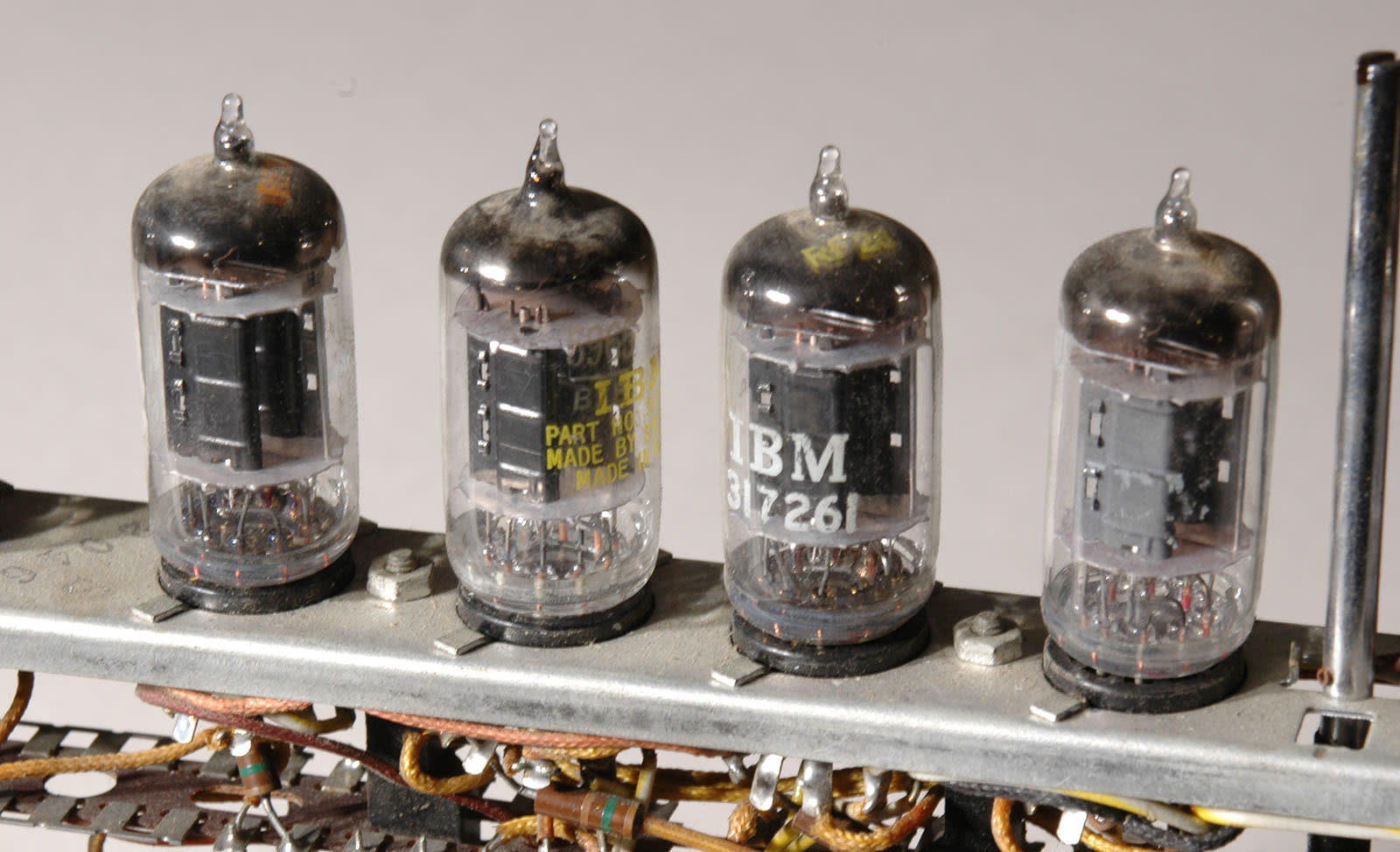 Remember those old-timey room-sized vacuum-tube-powered computers with less processing power than your smartphone? That tech might be making a comeback, thanks to work from scientists from UC San Diego. They've built the first semiconductor-free, laser-controlled microelectronics device that uses free electrons, much as vacuum tubes do. The research could result in better solar panels and faster microelectronic devices that can carry more power.

Semiconductors based on silicon and other materials are great, obviously, having helped us squeeze billions of transistors into a few square inches. But they have some issues: Electron velocity is limited by the resistance of semiconductor materials, and a boost of energy is required to just to get them flowing through the "band gap" caused by the insulating properties of semiconductors like silicon.

Vacuum tubes don't have those problems, since they dislodge free electrons to carry (or not) a current through a space. Getting free electrons at nanoscale sizes is problematic, however -- you need either high voltages (over 100 volts), high temperatures or a powerful laser to knock them loose. The UC San Diego team solved that problem by building gold "mushroom" nanostructures with adjacent parallel gold strips (above). By combining a relatively low amount of voltage (10 volts) with a low-powered laser, they were able to dislodge electrons from the gold metal.

The result was a tenfold (1000 percent) increase in conductivity in the system, a change sufficient "to realize on and off states, that is, the structure performs as an optical switch," according to the paper in Nature. The device can thus act as a transistor, power amplifier or photodetector, like semiconductors do. However, it can theoretically work with less resistance and handle higher amounts of power.

So far, the research is just a proof-of-concept, but it's very promising. "Next, we need to understand how far these devices can be scaled and the limits of their performance," says author Dan Sievenpiper. The team aims to explore applications not just in electronics, but photovoltaics, environmental applications and, possibly, weaponry -- the research was funded, after all, by DARPA.

In this article: gadgetry, gadgets, JacobsSchoolOfEngineering, lasers, microelectronics, science, semiconductor-free, silicon, UCSanDiego, VacuumTube, video
All products recommended by Engadget are selected by our editorial team, independent of our parent company. Some of our stories include affiliate links. If you buy something through one of these links, we may earn an affiliate commission.