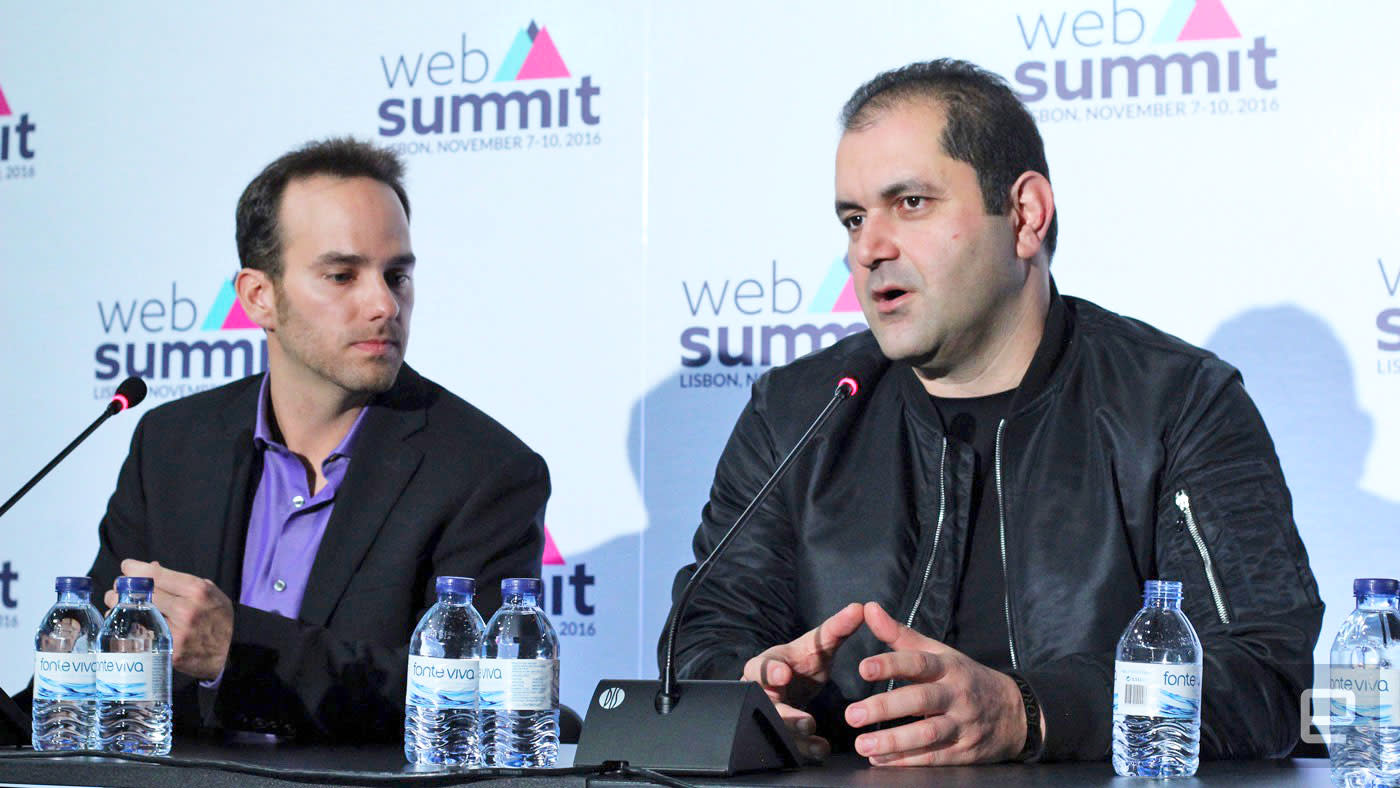 In the wake of the election result, Hyperloop co-founder Shervin Pishevar (pictured, right) began tweeting about his desire to see California secede from the United States. Naturally, it was dismissed as emotions running high after the highly divisive campaign, but Pishevar isn't backing down. At the Web Summit conference today, the billionaire was asked if he was serious about "Calexit*," to which he said that he was "very serious." He added that there would be "announcements" about his plans to implement the program coming in the near future.

For Pishevar, Trump's anti-immigrant rhetoric is personal: His father fled Iran after being marked for death by the Ayatollah Khomeini. Moving to the save haven of the US, Pishevar Sr. drove a cab while studying for his PhD and encouraged his son to embrace the immigrant experience the country offered. Pishevar believes that it's not just him who feels outraged at the result, and will throw their weight behind a separation movement similar to (but not) Yes California.

1/ If Trump wins I am announcing and funding a legitimate campaign for California to become its own nation.

While it's not likely to happen overnight — after all, the constitution doesn't provide for a mechanism for secession — it's clear that figures within the tech industry are serious about this. California is already the world's sixth largest economy, so it has the money, and potentially the political will to see this through. We wouldn't be surprised to see other big Silicon Valley names talking about joining the movement in the next few months.

*A portmanteau of California and Exit, a name taken from Britain's decision to leave the European Union.

In this article: Calexit, California, culture, Exit, politics, ShervinPishevar, WebSummit, WebSummit2016
All products recommended by Engadget are selected by our editorial team, independent of our parent company. Some of our stories include affiliate links. If you buy something through one of these links, we may earn an affiliate commission.