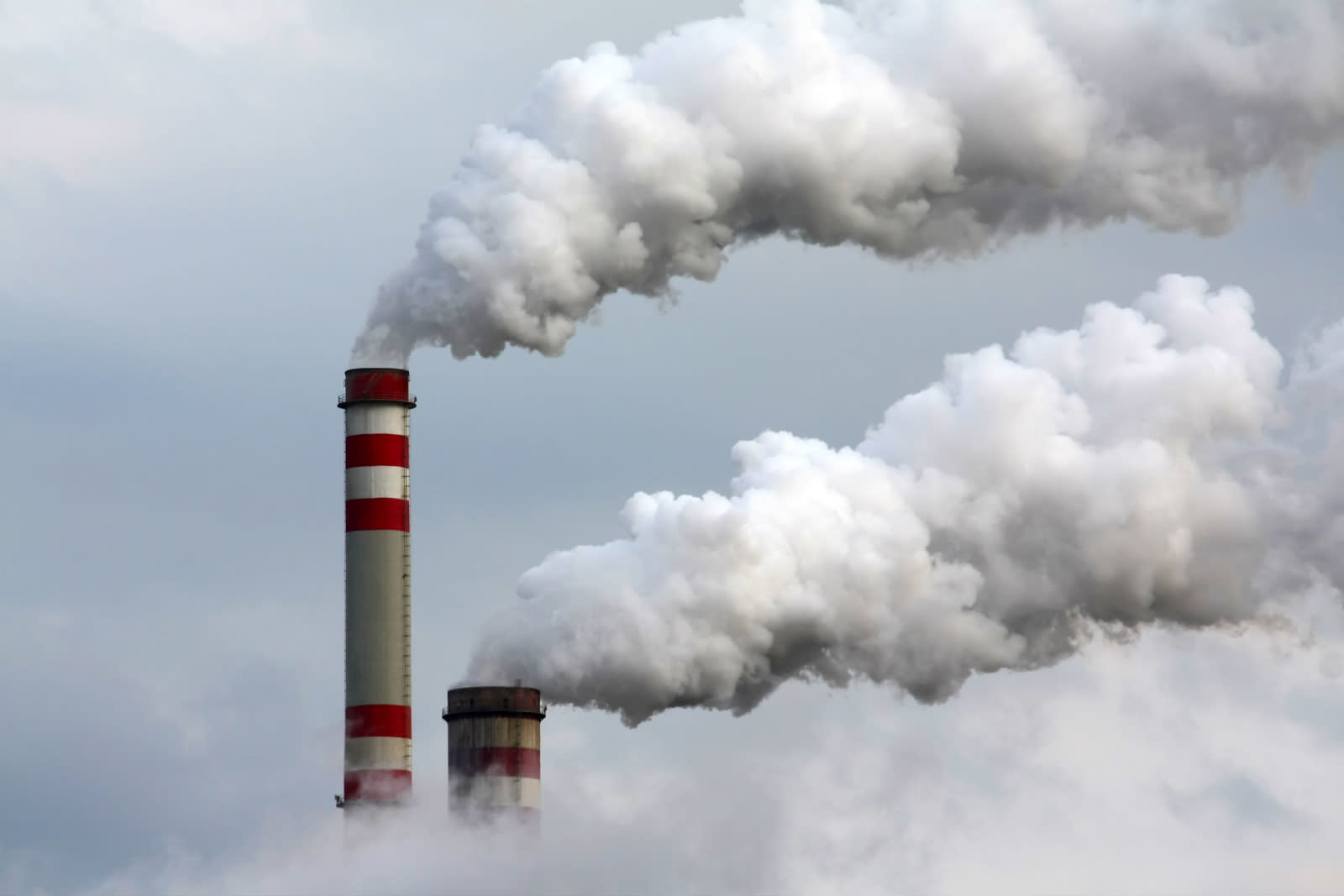 For the third year in a row, carbon emissions around the world have remained flat, according to the research group Global Carbon Project. The group revealed its findings in the Global Carbon Budget 2016, which measures how much carbon is emitted by countries around the world, and then how much of that is absorbed into the earth by plants, land and oceans. The remaining carbon hangs out in the atmosphere and drives global warming, and it's the focus of Global Carbon Project's research.

The group previously discovered that carbon emissions in 2014 and 2015 plateaued, and today's report says 2016 is on track to continue this trend. Carbon emissions growth was less than 1 percent in 2016, the Global Carbon Project says. The report notes that the plateau is due to declines in emissions from China and the United States, the world's two largest sources of CO2. The Paris agreement and Marrakesh plan of action, two global initiatives aimed at encouraging countries to reduce their carbon output, also helped drive down CO2 emissions.

Some of this progress is threatened by the election of Donald Trump as president of the United States. Trump consistently rejects the science of climate change and says he wants to shut down crucial government projects designed to shrink the US' carbon footprint, including pulling out of the Paris agreement and dissolving the Environmental Protection Agency altogether. Such actions could end up pumping billions of tons more carbon into the atmosphere than the US produced under President Barack Obama.

Though carbon emissions have stalled for now, they're still 63 percent above emissions in 1990, the Global Carbon Project notes. The use of fossil fuels and industrial activity generated more than 36 billion tons of carbon dioxide in 2016; the key to halting global warming is to bring emissions to zero.

Bob Ward, policy and communications director at the Grantham Research Institute on Climate Change and the Environment, tells The Washington Post that there are many reasons carbon emissions have stalled around the world, but efforts to reduce coal consumption in the US and China are major drivers of this phenomenon.

"However, Donald Trump as president could undermine this achievement if he carries through with his threat to scrap the Obama Administration's Clean Power Plan, and encourages an increase in the use of coal for electricity generation," he says.

In this article: carbon, CarbonEmissions, climate, ClimateChange, emissions, environment, epa, GlobalCarbonProject, green, ParisAgreement, politics, science, TL16HOTHOT
All products recommended by Engadget are selected by our editorial team, independent of our parent company. Some of our stories include affiliate links. If you buy something through one of these links, we may earn an affiliate commission.