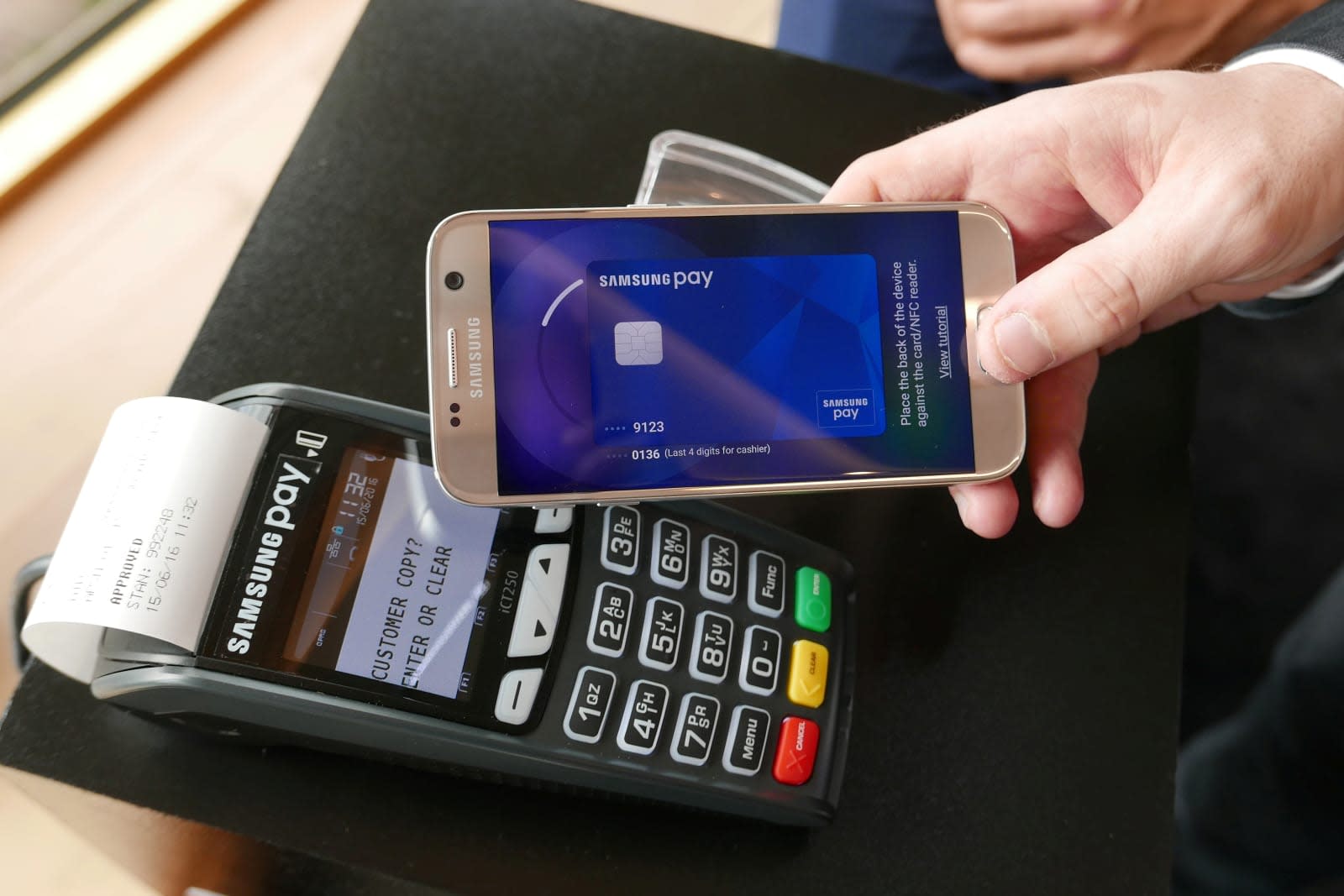 Most mobile payment systems don't really offer incentives to shop besides convenience, but Samsung wants to dangle a bigger carrot in front of its users. It's launching a rewards program for Samsung Pay (appropriately, Samsung Rewards) that gives you perks whenever you use the service in the US, whether it's at retail or online. Much like typical banking card rewards, you earn points with each purchase that can go toward bonuses -- other Samsung products, a Visa prepaid card and gift cards for certain stores. You can also enter giveaways, and loyalty tiers reward frequent shoppers with point multipliers.

The company is quick to mention that these rewards come in addition to whatever your cards offer, not in place of them. Also, since many debit cards don't have points programs, this provides bonuses that you won't get if you're normally averse to using credit. Samsung Rewards should be available this week, and it should expand to include everything from Samsung's website through to S Health. Anyone who signs up before the end of 2016 will receive double the usual points, too.

It's a clever strategy, and it might be a necessary one. As rapidly as Samsung Pay has grown since it launched, it's still relatively small next to Apple Pay -- the iPhone-centric service had the luxuries of both a year-long head start and Apple's home turf advantage in brand recognition. This would not only give fence-sitting Galaxy owners a better reason to try Samsung Pay, but existing users a reason to stick with it and leave their physical cards in their wallets.

In this article: gear, internet, mobile, rewards, rewardsprogram, samsung, samsungpay, samsungrewards, services, shopping, smartphone
All products recommended by Engadget are selected by our editorial team, independent of our parent company. Some of our stories include affiliate links. If you buy something through one of these links, we may earn an affiliate commission.