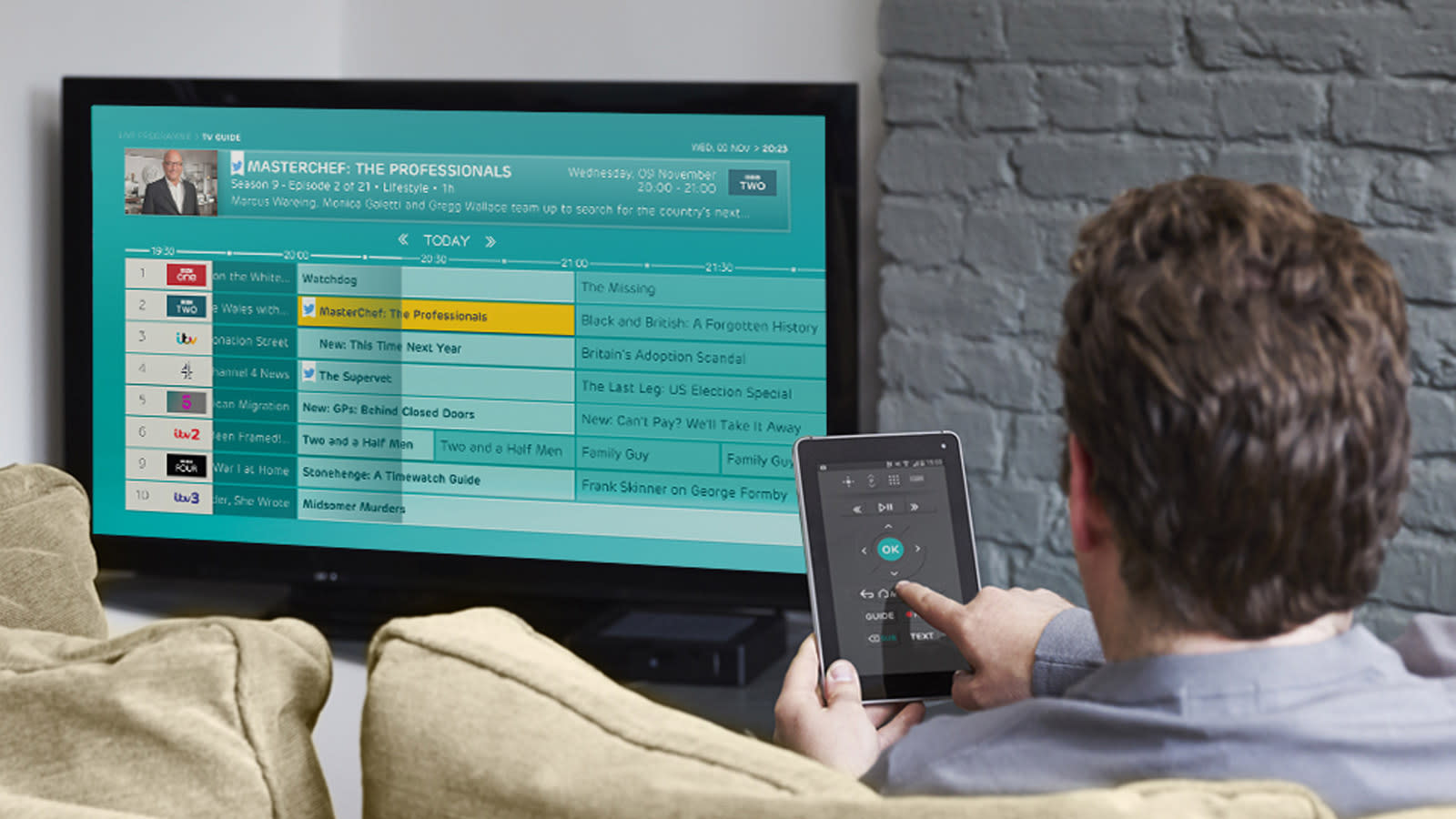 Ever feel like your colleagues are speaking an entirely different language when you're eavesdropping around the water cooler? Who is this Greg guy with the insatiable appetite they keep bringing up? Well, if you happen to have an EE set-top box sitting under your TV at home, then prepare to up your small talk game. As part of the platform's first major update since the ability to download recordings to phones and tablets was added, EE has today brought various "Watch with Twitter" features to its TV service after partnering with the social network.

Users will now be able to see what shows are trending on Twitter in real-time, with up to five being flagged by the familiar blue bird icon right in the EPG. You'll see the Twitter logo pop up in various parts of the EE TV UI, including in the listings of soon-to-air shows people are already getting hyped about. Go to the specific programme page and you'll also find the show's official hashtag, so you too can join in the chorus of reaction GIFs from a second screen.

EE is planning to continue working with Twitter to launch deeper integration next year. Though the partnership is the first of its kind in the UK, other providers elsewhere have additional features like a live overlay option that surfaces relevant tweets, so we expect that might be on the cards in the future.

Today's update isn't all about Twitter, though, with other improvements being rolled out to set-top boxes this month. EE is expanding the Replay feature, for example, which records everything that's aired on a channel in the past 24 hours so you can catch up on something you recently missed without going through an on-demand app. You will soon be able to set the recording loop running on up to eight channels at a time, up from the previous cap of six. From the Replay tab on the main menu, you'll be able to filter all that content by category, too, like movies, sport and so on.

EE is also pulling 41 channels out the TVPlayer and Box Plus apps and integrating them directly into the EPG, though some of the former's channels will require a subscription to view. Finally, the reality TV streaming service Hayu has arrived on EE TV in app form, just in case all those Freeview channels aren't showing your favourite brand of trashy TV.

In this article: av, dvr, ee, eetv, freeview, gear, hayu, settopbox, SocialNetworking, trending, twitter
All products recommended by Engadget are selected by our editorial team, independent of our parent company. Some of our stories include affiliate links. If you buy something through one of these links, we may earn an affiliate commission.