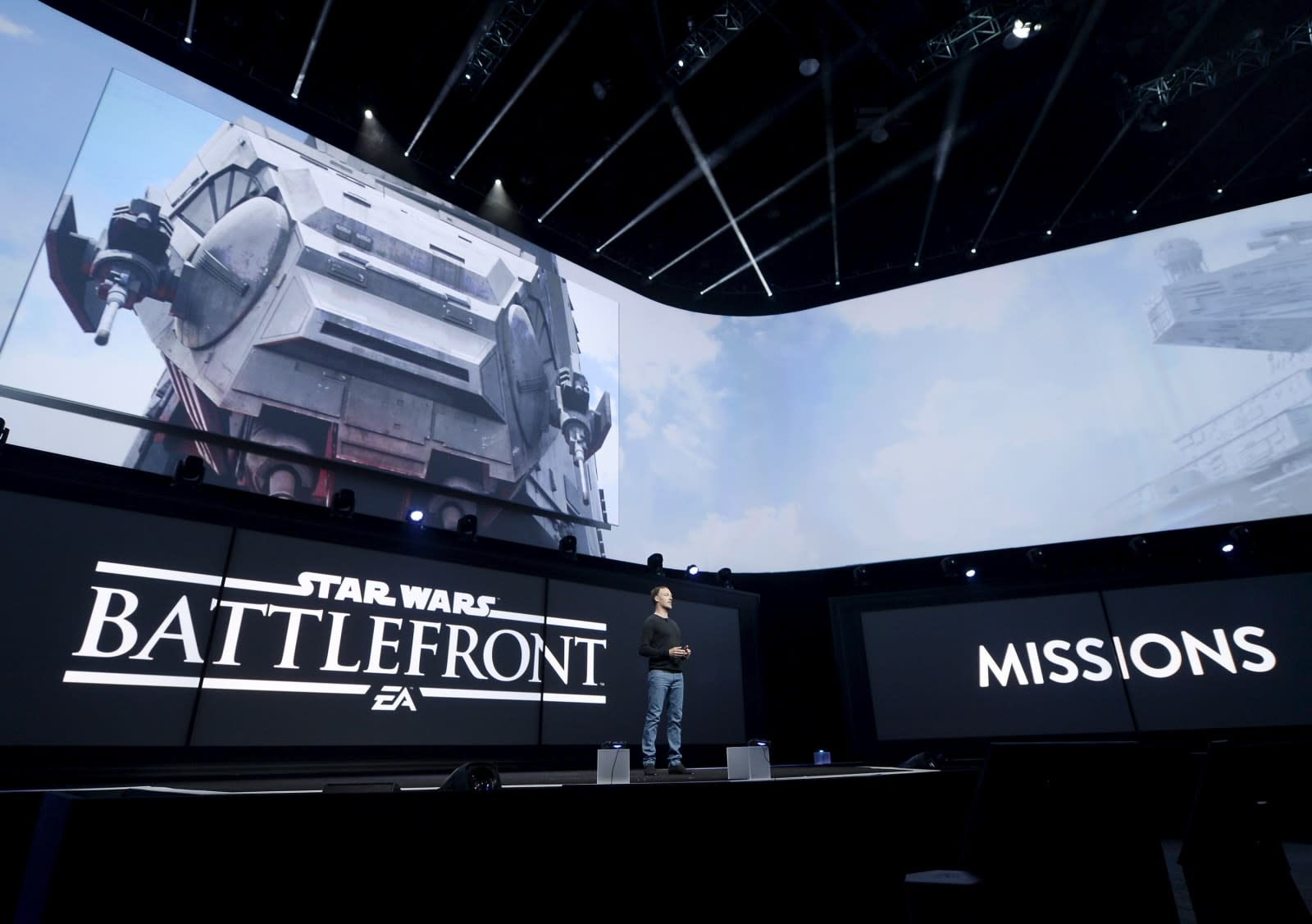 Electronic Arts teased out its Star Wars Battlefront VR experience way back in March, and now we know when it's actually exiting hyperspace. Come December 6th, you'll be able to strap on your PlayStation VR headset, jump into a virtual X-Wing cockpit and hopefully destroy the Death Star. Remember, this will be a free download for anyone who owns Battlefront.

And because today marks the game's first birthday, EA has seen fit to drop a glut of details about the latest, and final, map pack, Rogue One: Scarif -- also out on December 6th. As the name suggests, it brings in a quartet of maps from the upcoming movie, two new heroes (Jyn Erso and Orson Krennic) and a new "multi-stage game mode with space and ground combat." Sounds just a bit like the Battle Station mode from the recent Death Star pack, if you ask me.

Speaking of which, starting today and running through the 20th, you can play the previously released Bespin, Death Star and Outer Rim packs for free, and earn four times the experience you usually would. That is, if you can pull yourself away from the free Overwatch weekend taking place starting tomorrow, too. Decisions, decisions.

In this article: av, battlefront, eaorigin, gaming, origin, pcgaming, playstation, playstation4, playstationvr, psvr, sony, starwars, starwarsbattlefront, virtualreality, vr, xbox, xboxone
All products recommended by Engadget are selected by our editorial team, independent of our parent company. Some of our stories include affiliate links. If you buy something through one of these links, we may earn an affiliate commission.