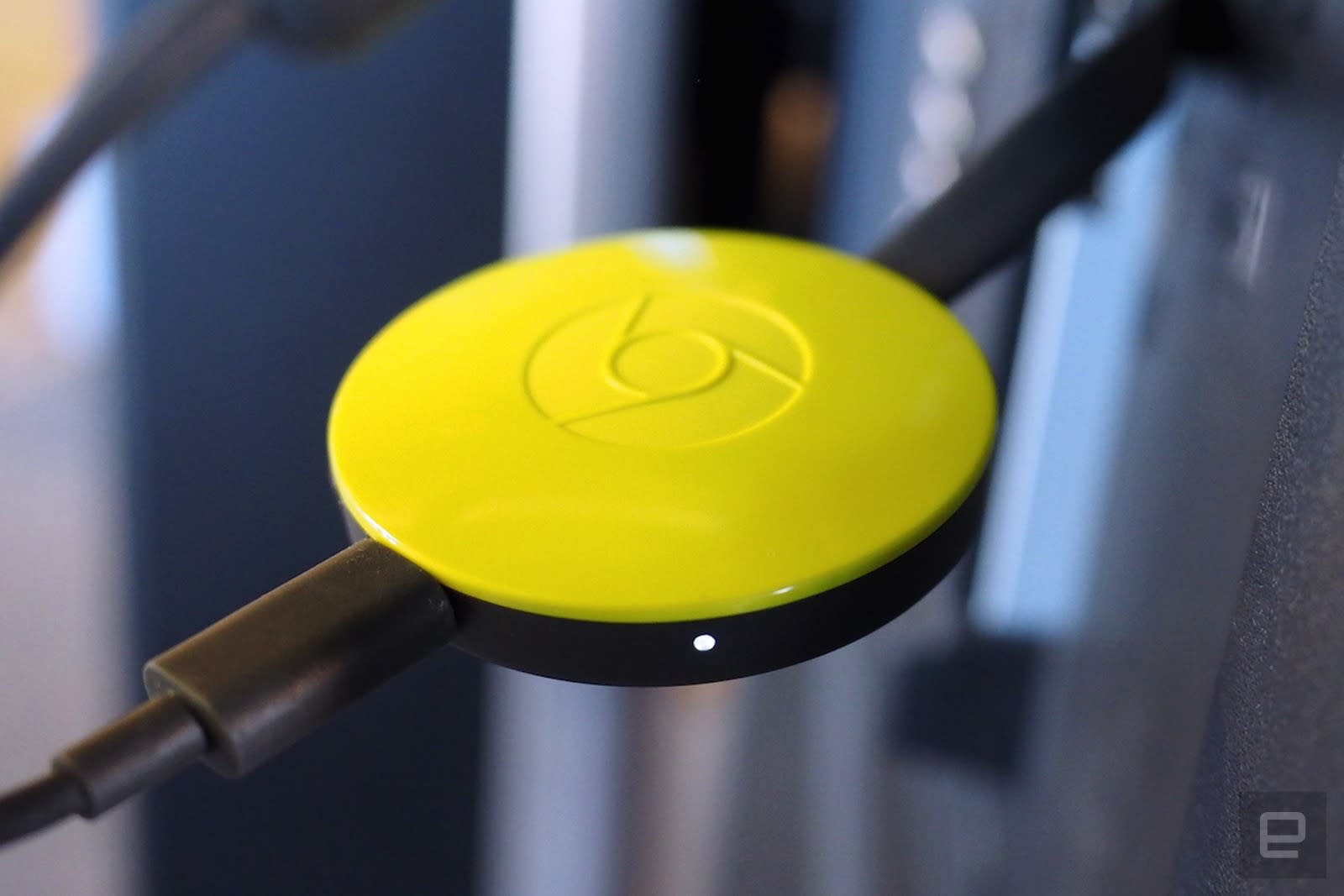 Has that seemingly ubiquitous Google Cast branding on media devices felt uninspiring, or even a bit confusing? Google might just agree with you. The company has been phasing out the Google Cast name over the course of recent weeks, both for its own products as well as supporting hardware from third parties like Toshiba and Vizio. Instead, it's increasingly referring to embedded streaming technology as "Chromecast built-in." To top things off, Google just renamed its @googlecast Twitter account to @chromecast.

A handful of Google sites, including its Android TV page, still reference Google Cast. It's also less likely to go away for developers.

But why the name change now, especially when Google actually moved away from the Chromecast label a while back? We've asked the company for its take. However, it wouldn't be surprising if this is a matter of brand recognition combined with Google's growing hardware ambitions. The odds are that you're more familiar with Chromecast devices than the code that powers them -- "Chromecast built-in" gives you a clearer idea of what's possible, and reminds you that Google makes its own streaming gear.

Update: Google tells us the branding change is to "help users identify the technology that they've come to enjoy and appreciate." The official switch doesn't take place until 2017 -- that's why you're seeing a gradual shift.

In this article: androidtv, av, chromecast, gear, google, googlecast, googlehome, home
All products recommended by Engadget are selected by our editorial team, independent of our parent company. Some of our stories include affiliate links. If you buy something through one of these links, we may earn an affiliate commission.