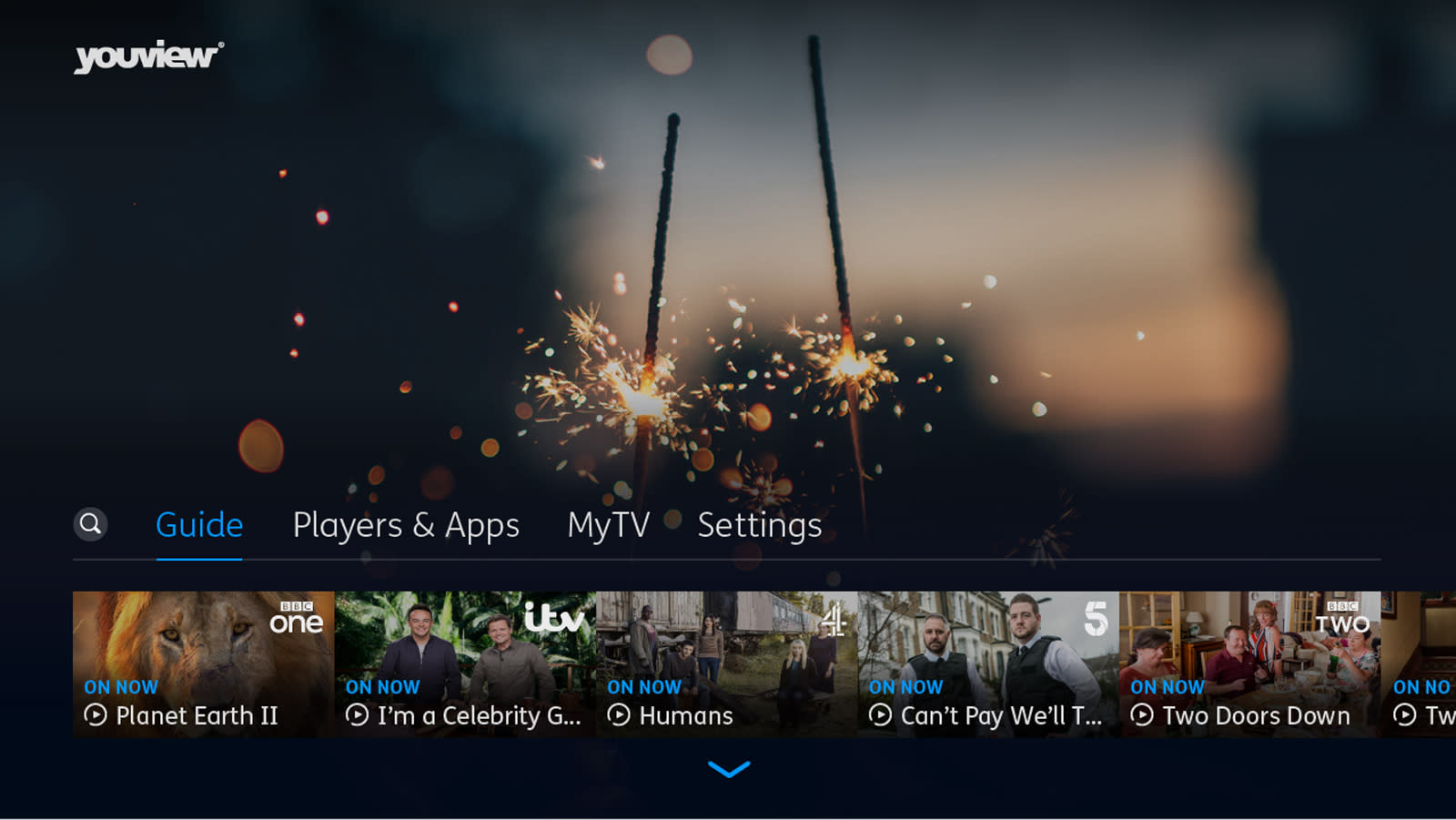 BT said earlier this month it would be rolling out a major update to its TV service next year, but it can only do that by following YouView's lead. Today, YouView announced the finer details of the impending platform upgrade, which is coming to all set-top boxes, including TalkTalk's and, of course, BT's. Moving in the same direction as all TV UIs, YouView's has been redesigned to be more visually compelling. Less words and menus, more cards and thumbnails. The EPG remains relatively unchanged, though it's now translucent by default, with whatever's currently playing shown behind it.

There's a new miniguide, also card-based, that takes up the bottom third of the screen and offers immediate access to live channels, on-demand apps, recordings and settings. The main menu and recordings library (formerly MyView, now MyTV) have been rejigged, too, so users can get at more content with less "clicks." Arguably more important than the fresh UI is the promise of significant speed improvements. Behind the scenes changes -- a move to HTML5, if you're interested -- have resulted in a faster UI with slicker navigation. BBC iPlayer loads in a couple of seconds after the update, for example, as opposed to nearly half a minute previously.

To help improve the speed of the service, YouView has offloaded as much as possible to the cloud. The company says this will allow it to personalise the user experience better and iterate new features quicker, including adding multi-room capabilities in the future. One of the immediate impacts of a move to the cloud will be reflected in the updated, companion mobile app -- and TalkTalk's and BT's. While users have long been able to schedule recordings remotely, there was at least a 15-minute lag time between sending the command, and the set-top box receiving it. After the update, the app will communicate with the set-top box in real-time.

Though it was YouView that spilled the beans today, the update will actually hit TalkTalk set-top boxes first, starting next Monday (November 28th). It'll take a couple of months for it to roll out to all customers, though. In addition to the platform-wide updates, TalkTalk is adding a new "MoreTV" menu that'll promote premium content available through its "Boost" channel packages and the TalkTalk TV Store.

Retail YouView boxes will receive the update next year, before summer, at the same time BT's boxes and app get updated. An update for compatible Sony Bravia TVs is likely coming sometime later.

In this article: av, bt, entertainment, gear, HTML5, talktalk, tv, youview
All products recommended by Engadget are selected by our editorial team, independent of our parent company. Some of our stories include affiliate links. If you buy something through one of these links, we may earn an affiliate commission.