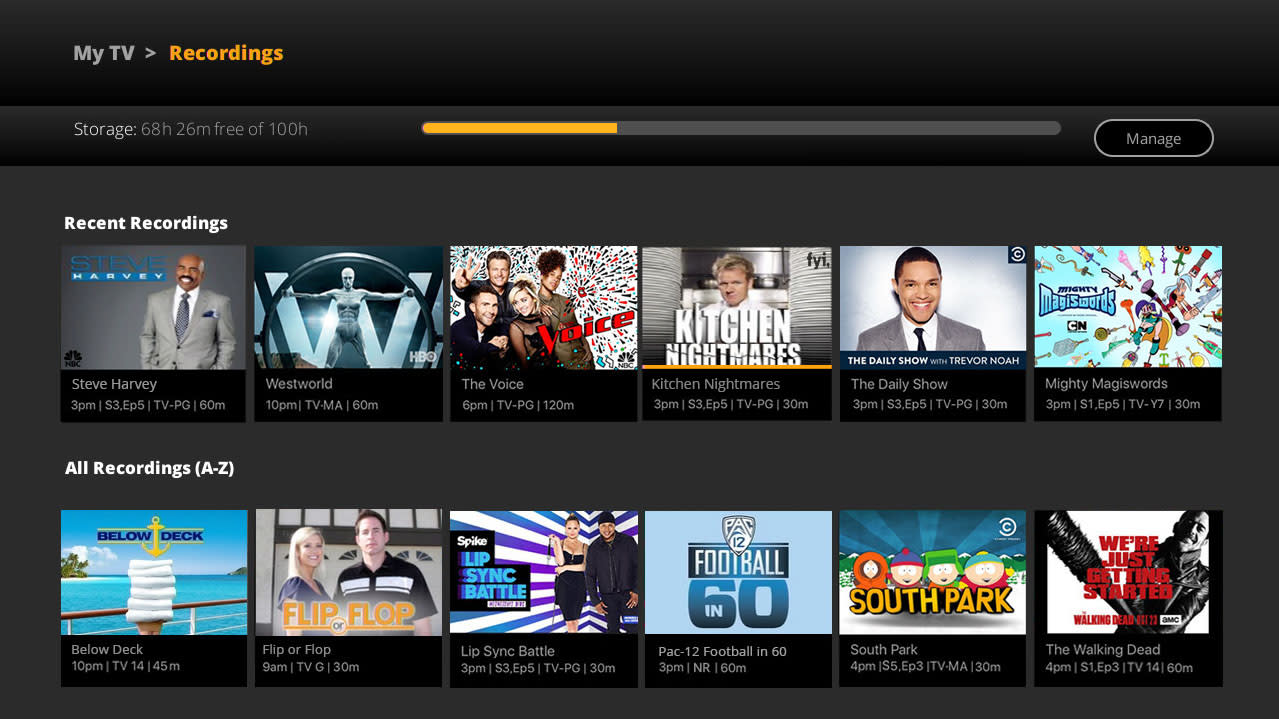 While Dish's Sling TV impressed us as a streaming television alternative for cord cutters (and it's gotten even better over time), rival service PlayStation Vue has had one major advantage from the start: cloud DVR. But that won't last for long. Sling TV announced today that it'll begin beta testing its own cloud DVR service next month with Roku users. And, notably, it won't have a 28-day limit on your recordings like PS Vue.

For the most part, Sling TV's approach to cloud DVR is pretty much what you'd expect. You'll be able to choose specific shows and films to watch later, and of course, you'll be able to rewind and fast forward that content as well. You can record multiple shows at once, and the service will automatically manage your DVR recordings by removing older shows.

The company notes that not every channel will include DVR support, which is unfortunate but not unexpected. Since its launch, some networks have opted out of Sling TV's more compelling features, like being able to rewind live content or view shows from the previous few days.

Sling TV users with Roku devices can sign up for beta testing today, and that will include 100 hours of recording. There's no word on what the feature will cost when it's officially released, but the company says it's looking into ways to upgrade storage options and protect recordings from deletion.

In this article: av, cloudDVR, cordcutting, DVR, entertainment, PlayStationVue, Roku, services, SlingTV, television, TV
All products recommended by Engadget are selected by our editorial team, independent of our parent company. Some of our stories include affiliate links. If you buy something through one of these links, we may earn an affiliate commission.