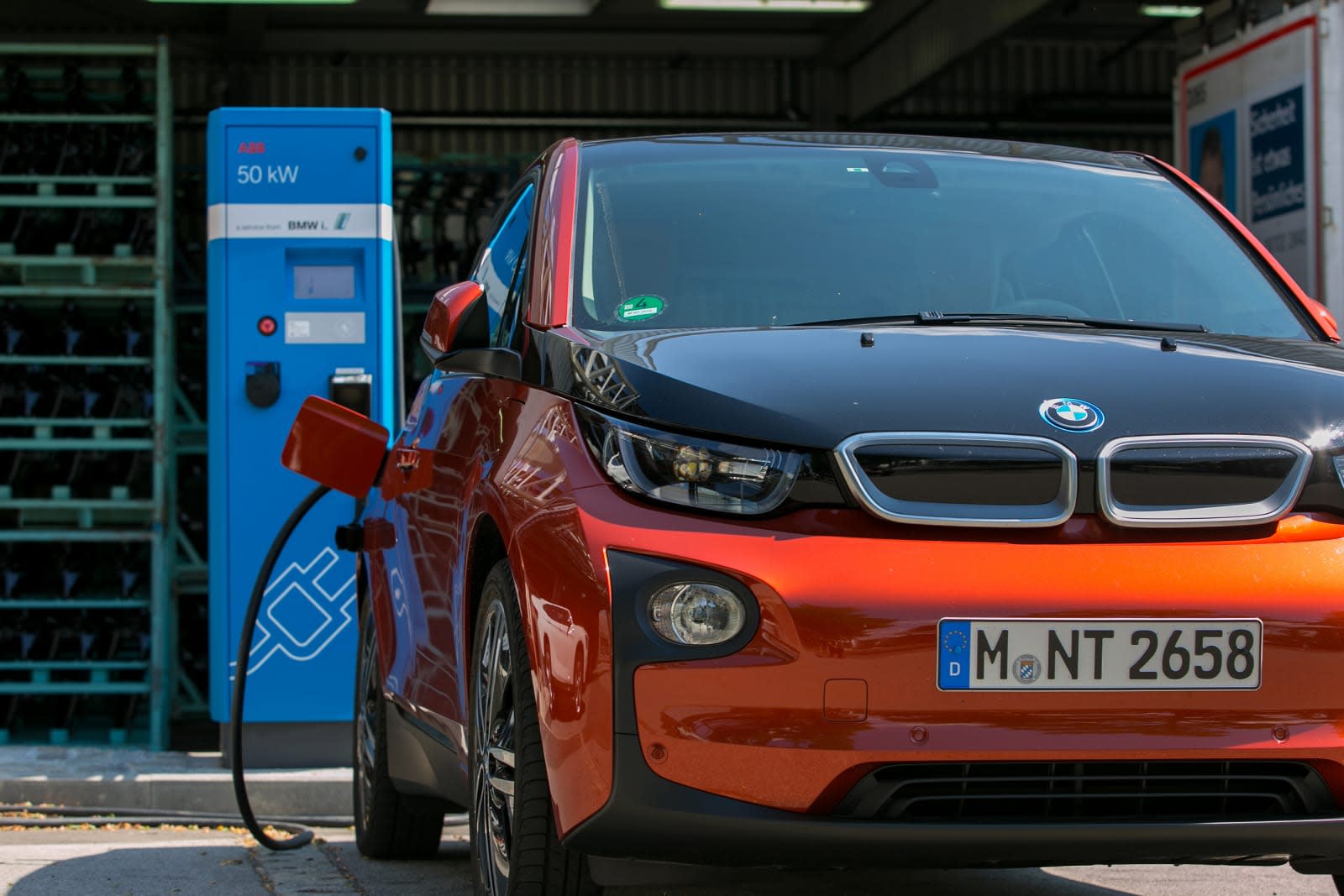 It's all well and good to create electric car charging networks to help you on long drives, but merely having stations isn't enough. What use are abundant chargers if you spend ages waiting for your battery to replenish? Thankfully, at least some big automakers are aware of this. BMW, Daimler, Ford and the Volkswagen Auto Group are forming a joint venture that will install a grid of super-fast EV chargers along major European highways. And we do mean fast -- they could supply up to 350kW of power, or nearly triple the 120kW that Tesla Superchargers offer. So long as your car supported that kind of input, you could be back on the road in several minutes.

The initial grid will be modest, with plans to start rolling out approximately 400 chargers in 2017. As of 2020, however, there should be "thousands" of these charging stations across Europe. Other car companies are "encouraged" to sign on, too, and regional partners could help get the network off the ground.

The planned network could easily pay dividends for car brands if it leads to more people adopting electric vehicles. You won't need to keep that gas-guzzler around to visit friends on the other side of the continent. However, this is also a defensive move against Tesla. It's not just that Tesla's Supercharger network currently gives it an advantage for long-distance travelers -- it's that Tesla's proprietary charging plug could end up becoming the effective default and make it difficult for customers to switch makes. A vast competing network would both nullify Tesla's edge and increase the chances that a cross-company standard will win the day.

In this article: audi, bmw, charger, daimler, electriccar, electricvehicle, ev, ford, gear, green, mercedes, mercedes-benz, porsche, transportation, volkswagen, vw
All products recommended by Engadget are selected by our editorial team, independent of our parent company. Some of our stories include affiliate links. If you buy something through one of these links, we may earn an affiliate commission.