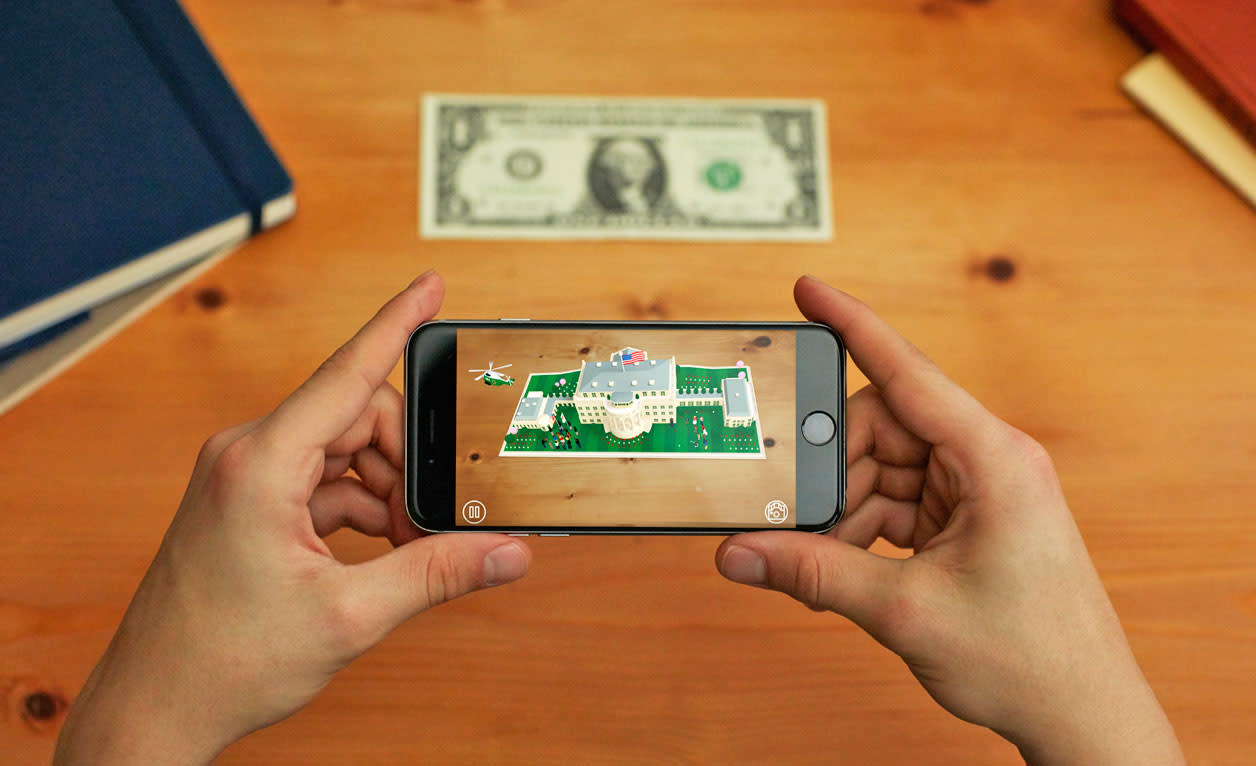 Following the breakout success of Pokémon Go, the White House is apparently looking to capitalize on the sudden interest in augmented reality. A new, official White House app called 1600 allows anyone with a smartphone or tablet and a $1 bill to take a tour of 1600 Pennsylvania Avenue.

"From hosting festivals on the South Lawn to allowing people to explore its rooms via Google Street View," White House Press Secretary Josh Earnest writes today, "President Obama has used traditional events and new technology to open up the doors of the White House to more Americans than ever before."

While the app won't give you any actual security clearance, it does give you a cute, 3D-interactive version of the White House when you point your camera a dollar bill. As you fly around the tiny, Minecraft-esque White House, you can even watch as major events like like state arrival ceremonies and the annual Easter Egg Roll unfold.

The app is free to download (Thanks, Obama) and was built by the White House Historical Association and Nexus Studios. It's available for iOS and Android devices.

In this article: ar, AugmentedReality, entertainment, mobile, whitehouse
All products recommended by Engadget are selected by our editorial team, independent of our parent company. Some of our stories include affiliate links. If you buy something through one of these links, we may earn an affiliate commission.