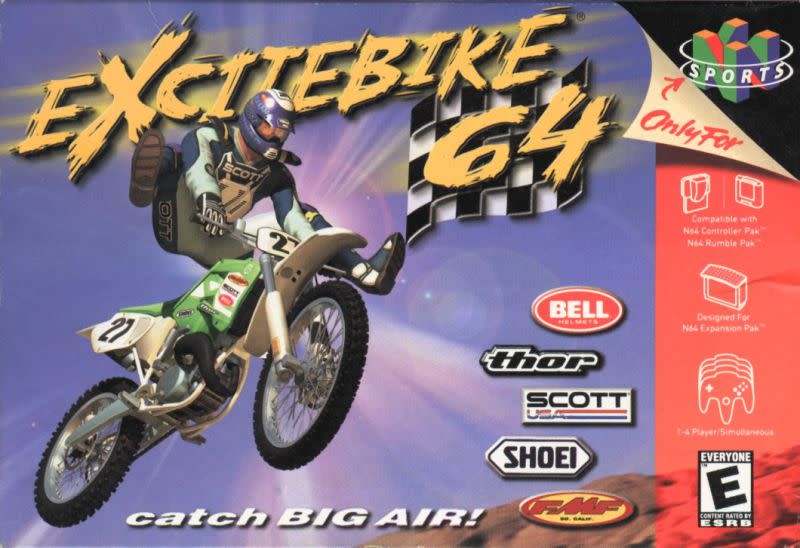 Wii U owners, it's time to charge your GamePad -- Excitebike 64 is zooming its way onto the Virtual Console this week. Costing $10 (£9), the game arrives on Wii U this Thursday alongside Wario's stylish Wii adventure, Wario Land: Shake It.

Released in 2000, this classic N64 motocross racer ushered Nintendo's Excite series into the 3D era, offering an addictive combination of fun mechanics and depth. Featuring a 20-course season mode, a track editor and even a procedurally generated endless ride mode, this was a game that was ahead of its time.

With third parties all but abandoning the system, and Nintendo's output drying up ahead of the launch of its next console, Wii U owners could do far worse than this racing classic.

Frustratingly, the Kyoto giant is still remaining tight-lipped about how its recently unveiled account system will work, leaving the fate of digital purchases looking uncertain. After forcing consumers to repurchase the same Wii Virtual Console games on Wii U, let's hope that the new Nintendo Network ID account system will carry over Virtual Console purchases to the Switch.

In this article: av, Excitebike, excitebike64, gaming, nintendo, Nintendo Switch, WiiU
All products recommended by Engadget are selected by our editorial team, independent of our parent company. Some of our stories include affiliate links. If you buy something through one of these links, we may earn an affiliate commission.