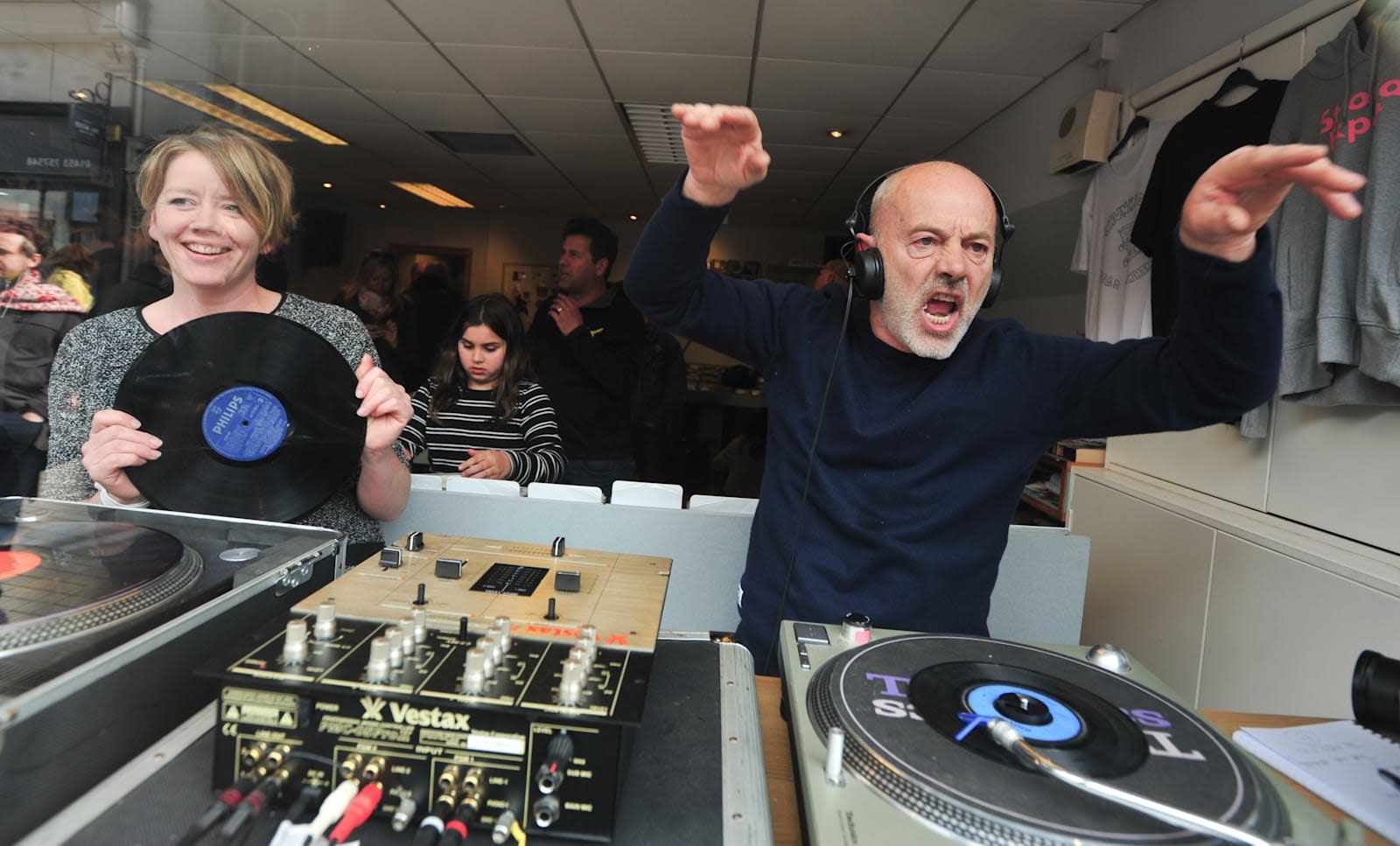 Digital music might be the future, but legacy formats like vinyl aren't going away any time soon. New figures from the Entertainment Retailers Association (ERA) have shown that more money was spent on vinyl records than digital music downloads in the UK last week, highlighting a significant shift in how consumers are choosing to buy their music.

Figures show that during week 48 of 2016, consumers spent £2.4 million on vinyl, while downloads took £2.1 million. Compare that to the same period last year when £1.2 million was spent on records, with digital downloads bringing in £4.4 million. The ERA puts the surge in sales down to recent shopping events like Black Friday and the popularity of the format as a Christmas gift. It's also helped by the fact that Sainsbury's and Tesco now stock records in many of their branches.

It's welcome news for vinyl lovers and the music industry in general, but digital music is also going from strength to strength. Instead of buying music to keep, Brits are increasingly turning to streaming services like Spotify to get their music fix. Last weekend, The Weeknd broke streaming records on Spotify after his new album was streamed 40 million times on day one and 223 million times in its first week.

It's also worth considering that vinyl albums are often a lot more expensive than downloads. BBC News reports that last week's biggest-selling vinyl was Kate Bush's triple-disc live album Before The Dawn, which costs around £52. The same album is £13 on Amazon. Downloaded albums are still more popular, though: last week saw 295,000 digital downloads versus 120,000 vinyl album sales.

Recent research suggests that some people don't even buy vinyl to listen to, with 7 percent of collectors admitting they don't own a record player. It's believed that some buy records to help support artists they like, while others may use the sleeves to decorate their home.

In this article: av, entertainment, music, records, sales, streaming, TL1712CASS, vinyl
All products recommended by Engadget are selected by our editorial team, independent of our parent company. Some of our stories include affiliate links. If you buy something through one of these links, we may earn an affiliate commission.