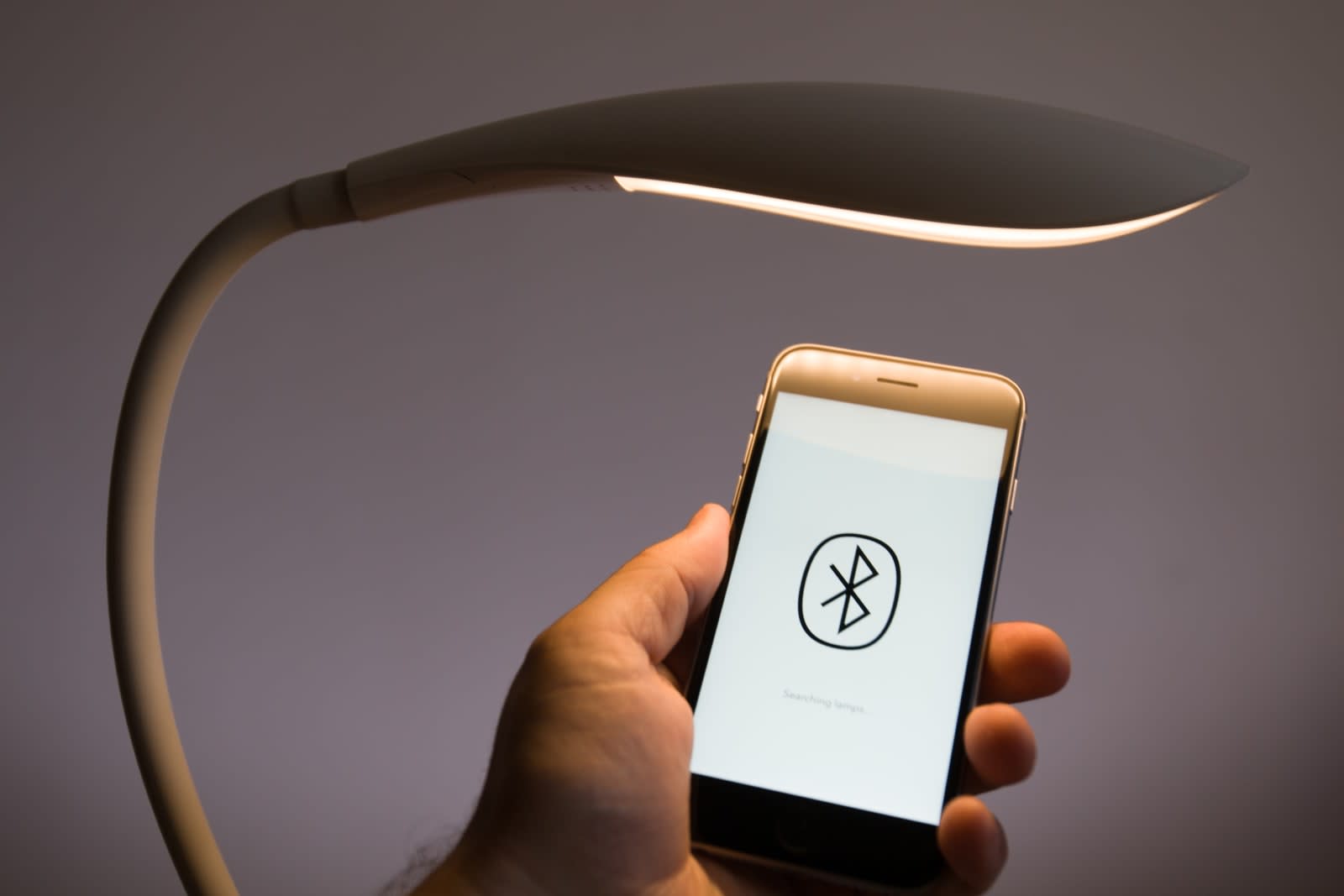 Bluetooth is about to become a lot less hassle-prone. The wireless standard's Special Interest Group has officially adopted the Bluetooth 5 spec, clearing the way for device makers to use the much-improved technology in everything from phones to wearables to smart home equipment. This doesn't mean that you'll see it right away, of course. The group expects Bluetooth 5-equipped products to hit the market in the next 2 to 6 months, or right around when the next wave of smartphones is likely to arrive.

Again, the new spec is all about raw performance. You can expect up to four times the range, twice the speed and eight times the amount of data in broadcast messages. Those will be particularly helpful for smart appliances and the Internet of Things, where the existing Bluetooth 4.2 standard might not be powerful enough to connect an entire home. However, it should also make a difference anywhere that you notice Bluetooth's existing limitations. Smartwatches could see a serious upgrade, for example -- one of the biggest bottlenecks on wristwear is the slow connection to your phone. And regardless of the device you use, there are techniques to reduce interference with other wireless devices.

Just don't expect much of a boost to audio quality. While Bluetooth 5 could help with range, you won't see improvements to audio compression, latency and power use until 2018. The newly adopted format is primarily about dragging Bluetooth's range and speed into the modern era, and future efforts will build on top of that groundwork.

In this article: bluetooth, bluetooth5, bluetooth5.0, bluetoothsig, BluetoothSpecialInterestGroup, gadgetry, gadgets, gear, iot, mobile, wearables, wireless
All products recommended by Engadget are selected by our editorial team, independent of our parent company. Some of our stories include affiliate links. If you buy something through one of these links, we may earn an affiliate commission.