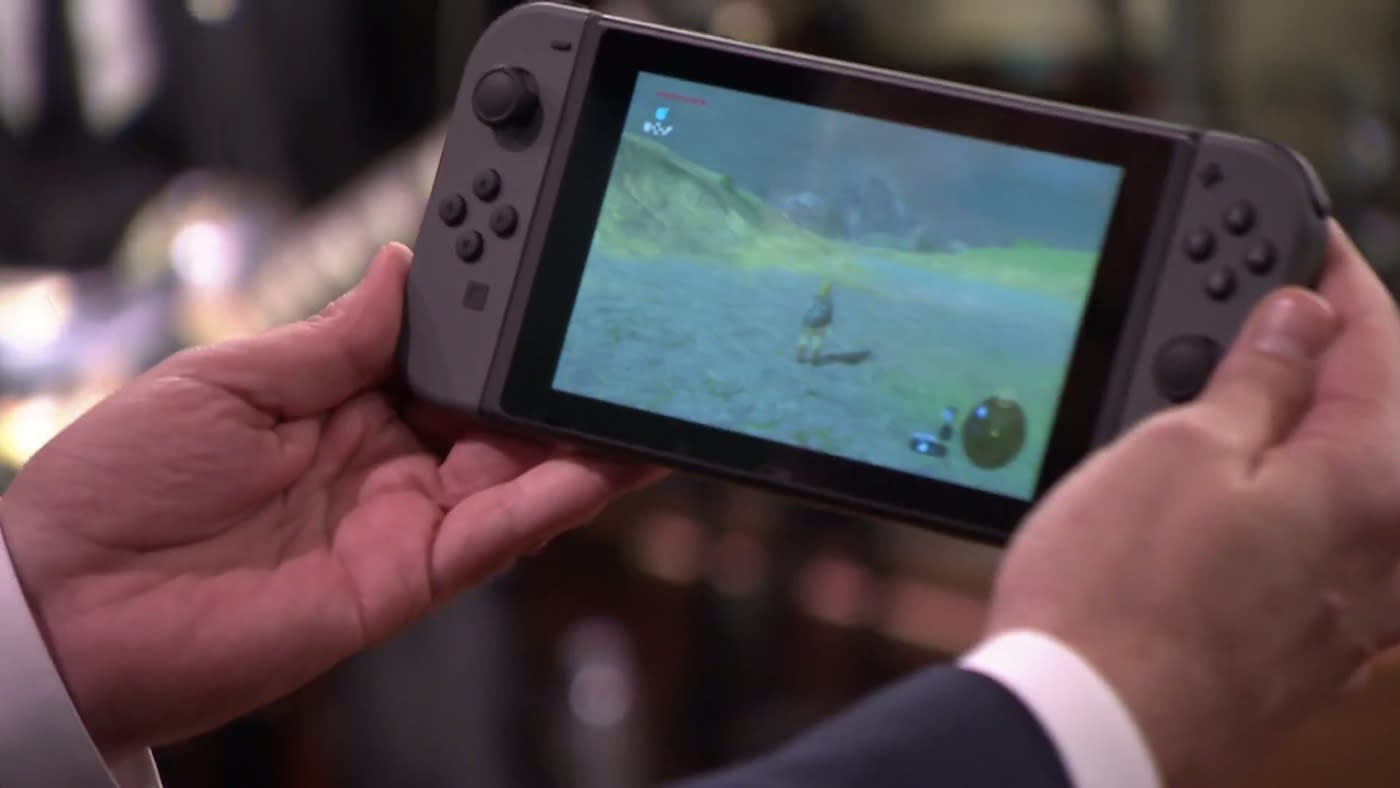 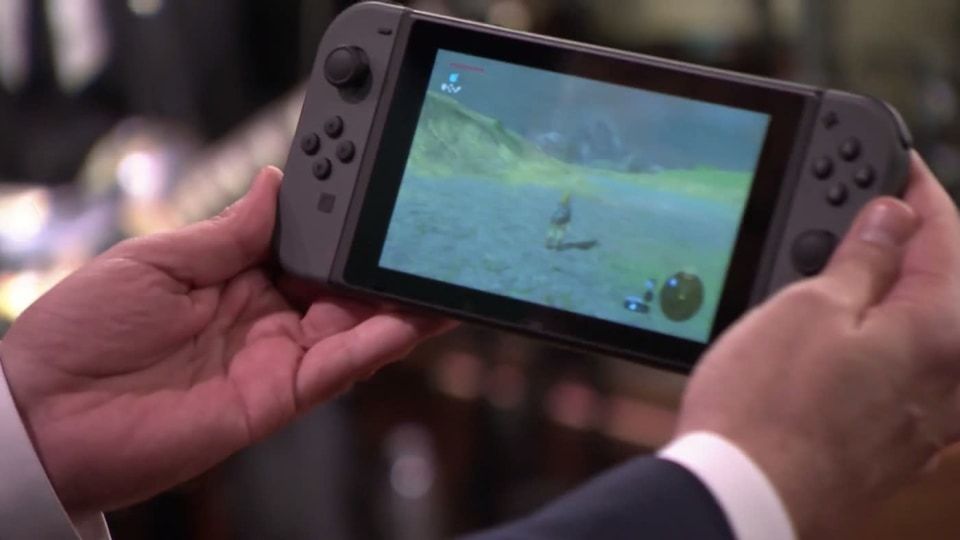 After you check out our discussion with Nintendo's president Reggie Fils-Aime, you can get a good look at the new Switch console in operation () on the Tonight Show stage. Reggie and host Jimmy Fallon played the yet-to-be-released console, taking a trip through The Legend of Zelda: Breath of the Wild showing off its ability to go portable with the press of a button. Additionally, after previewing a bit of Super Mario Run action, Reggie announced that starting today, you can visit Apple Stores worldwide and try out a demo version before the game launches December 15th.

There's not a lot of new information if you've been paying attention, but it does give a good idea of what using a Switch will be like when it ships in March. As an extra bonus, check out the second video to see Mario creator Shigeru Miyamoto playing the game's theme song along with The Roots.

In this article: apple, AppleStore, entertainment, gadgetry, gadgets, gaming, JimmyFallon, mobile, nintendo, NintendoSwitch, ReggieFilsAime, ShigeruMiyamoto, SuperMarioRun, Switch, thelegendofzelda:breathofthewild, TheRoots, TheTonightShow, TLMarioMobile, video
All products recommended by Engadget are selected by our editorial team, independent of our parent company. Some of our stories include affiliate links. If you buy something through one of these links, we may earn an affiliate commission.