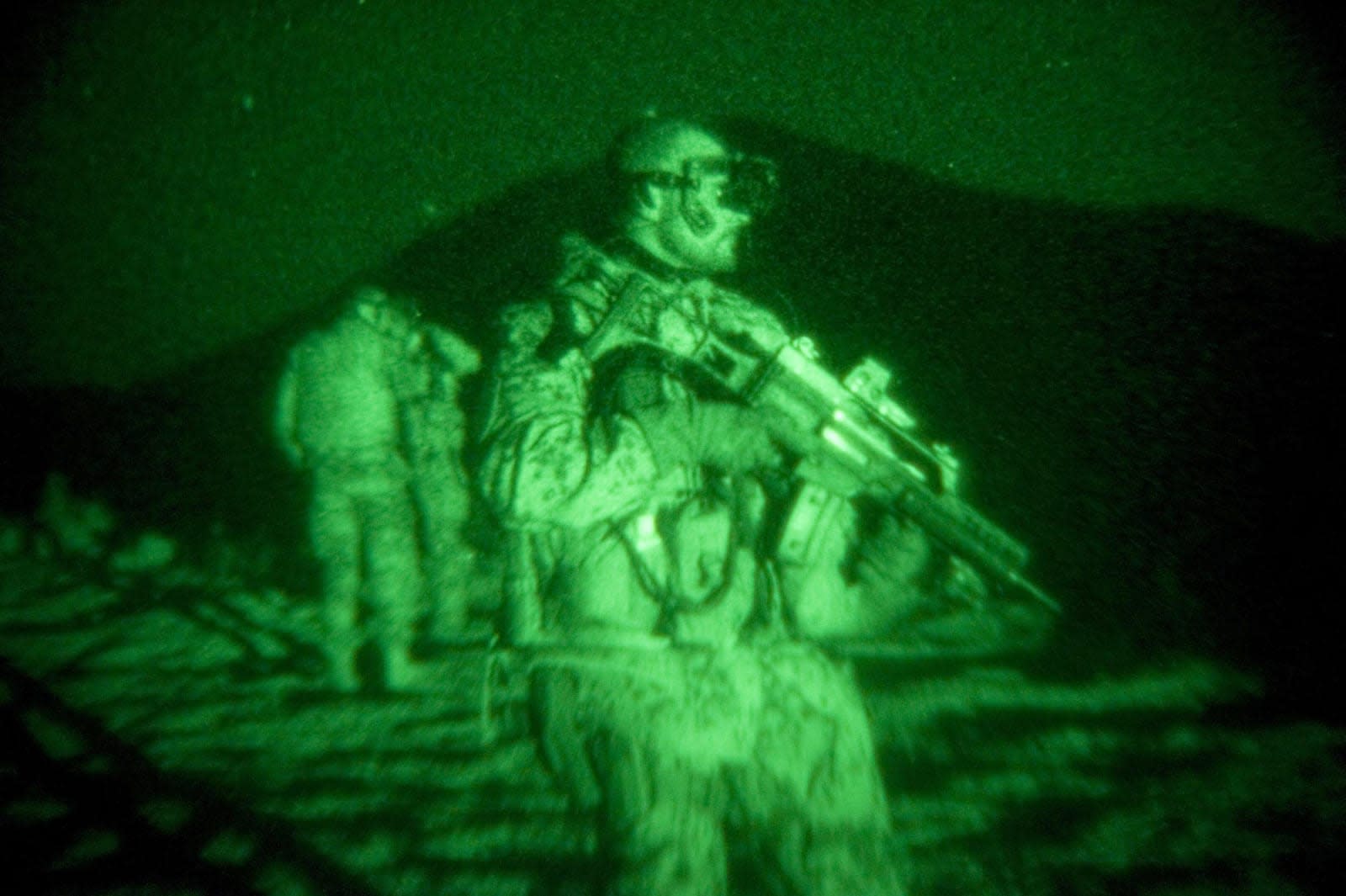 Night vision technology is essential on the modern battlefield but is not without its shortcomings. Conventional night vision goggles (NVGs) have been compared to looking "through toilet paper tubes" on account of their drastically diminished peripheral view. Even the top-of-the-line L-3 Ground Panoramic NGVs -- the ones used by US special forces during the Osama bin Laden raid -- are heavy, cumbersome and require an external power source. However, a breakthrough discovery out of the Australian National University could give us NGVs that are no thicker than a pair of normal sunglasses.

Conventional NGVs rely on a process called cascaded secondary emission. Ambient low-level and near-infrared light are first collected by the goggle's objective lens. The photons are then converted into electrons and travel down a vacuum-sealed onto a plate studded with millions of tiny holes. As the electrons pass through these holes, they set off a chain reaction that releases hundreds of other electrons -- all in the same pattern as the original photon -- which then hit a phosphorescent plate to create the familiar green-tinted image. The problem is that this process demands thousands of volts of electricity to generate the number of electrons needed to be effective.

The Australian team's process instead relies on aluminum gallium arsenide nanostructures that do basically the same thing but without the vacuum tubes. "We managed to fabricate very teeny, tiny structures. Those magic structures are capable [of] changing the intensity of the light, change the shape of the light, and, at the same time, change the color of the light," Mohsen Rahmani explained in an ANU video. "Our eyes are capable only of seeing light in the visible spectrum. If we can fabricate an area of nanostructures on flat surfaces like glass, at the end of the day we will be able to convert invisible light in the nighttime or dark areas into visible light."

The new process would still require an external energy supply to work, but would need only a fraction of a conventional NVG's power. What's more, it can be produced as a thin film -- similar to printed solar cells -- which will drastically reduce the bulk and weight of future NVGs. The team has submitted their findings to DARPA for further development.

In this article: Australian National University, DARPA, gadgetry, gadgets, gear, military, nanomaterials, nanotechnology, nightvision, science, The Australian, war
All products recommended by Engadget are selected by our editorial team, independent of our parent company. Some of our stories include affiliate links. If you buy something through one of these links, we may earn an affiliate commission.