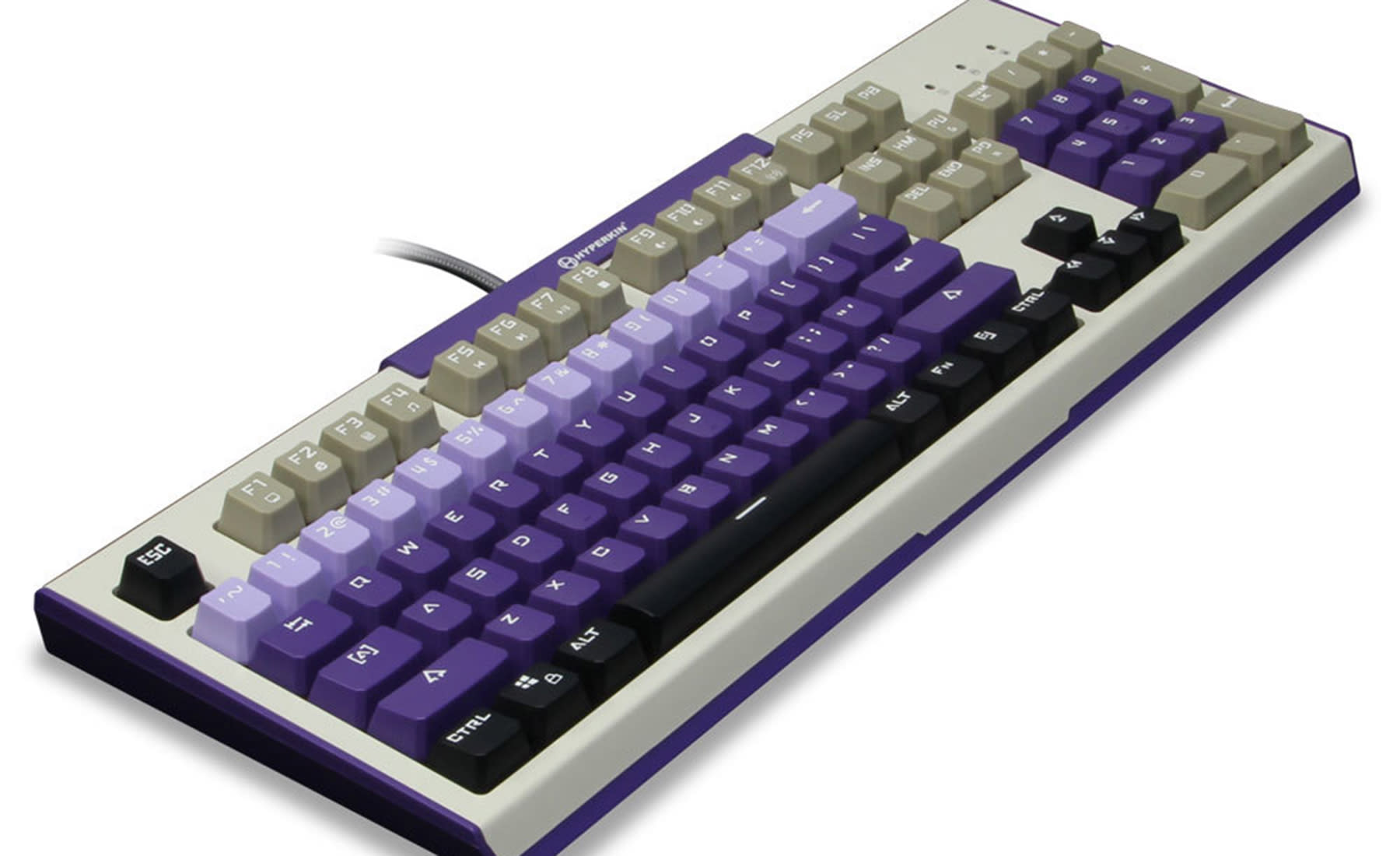 If you grew up in North America during the early 1990s, there's probably one color you associate with Nintendo: Purple. The SNES had a distinctly violet tinge in the region, while European and Japanese customers were treated to a grey, slightly more curvaceous model (the controller had multi-colored face buttons too.) If the purple version has a special place in your heart, you might be interested in the Hyper Clack Tactile Mechanical Keyboard by Kyperkin. It costs $99.99 and comes with Gaote Blue switches, which should suit serious but not too serious gamers and writers. While Nintendo's classic consoles have always been iconic, they've recently found new prominence in the cultural zeitgeist. The NES Classic Mini has been a smash hit (even if people can't buy it), re-introducing fans to the company's 8-bit games and hardware. There's also the SNES-inspired 3DS -- one of the better limited edition variants -- and countless other merchandise inspired by the old system. Hyperkin isn't known for its keyboards, having built its brand on retro consoles and replacement controllers instead. The Retron 5 is a decent bit of kit, however, so maybe some of that hardware expertise has translated to this PC peripheral.

In this article: gaming, gear, hyperkin, keyboard, mechanicalkeyboard, nintendo, personal computing, personalcomputing, SNES
All products recommended by Engadget are selected by our editorial team, independent of our parent company. Some of our stories include affiliate links. If you buy something through one of these links, we may earn an affiliate commission.